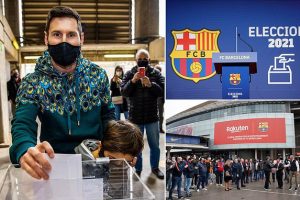 Lionel Messi casts his vote in Barcelona’s presidential elections, with the outcome likely to decide the unhappy Argentine’s future at the LaLiga club after favourite Joan Laporta claimed the superstar will LEAVE unless he is elected

Lionel Messi was seen casting his vote in Barcelona’s crucial presidential election on Sunday with the the Catalans captain’s future at the Camp Nou potentially riding on the result.

Over 110,000 Barcelona club members will take to the polls to decide who will lead the LaLiga side over the coming years following the controversial reign of Josep Maria Bartomeu.

Messi had the choice of voting for either former Barcelona president Joan Laporta, the favourite for the race, or his presidential rivals Victor Font or Toni Frexia. 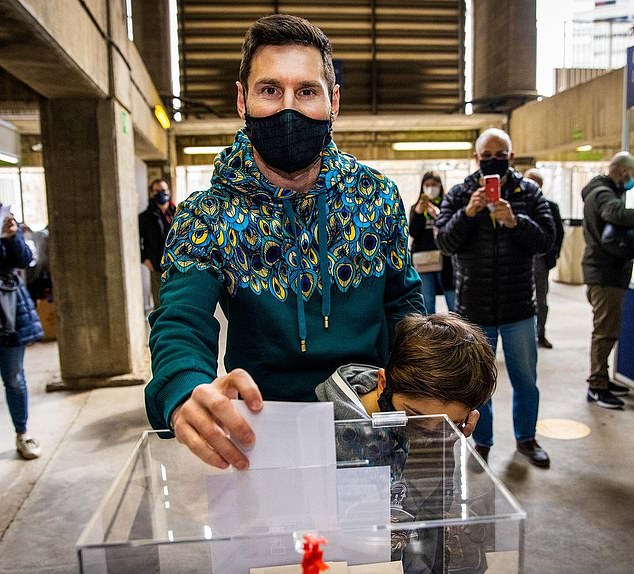 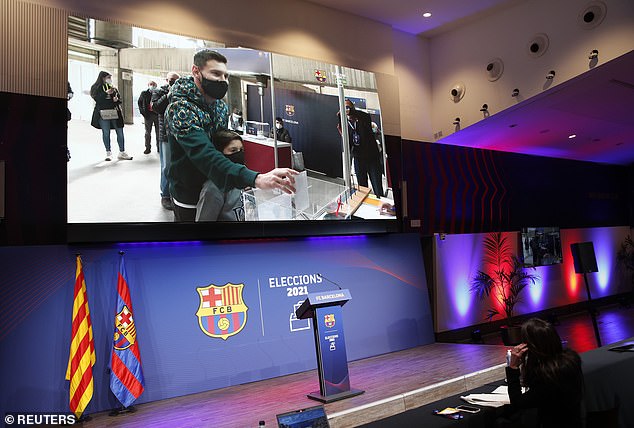 Voting opened for Barcelona’s 110,000 members on Sunday morning and will close at 9pm

Messi nearly left the club under Bartomeu’s reign after handing in a shock transfer request last year with the former Catalans chief resigning in the back end of last year.

The Argentine was upset with the direction of the club both on and off the pitch and he is able to leave the club for free when his contract expires at the end of the season.

The Barcelona presidential race could be the latest indication of whether Messi stays or leaves the Spanish giants, with Laporta claiming the forward will only stay if he is elected.

Speaking about Messi’s future, Laporta said recently: ‘I have a very good relationship with him. 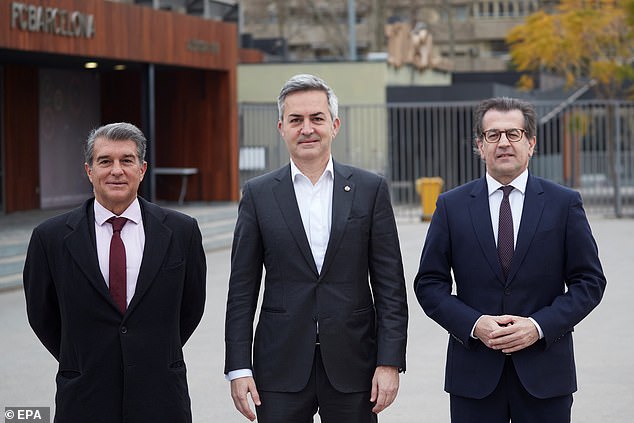 Joan Laporta, Victor Font and Toni Freixa (left to right) are in the running to be president 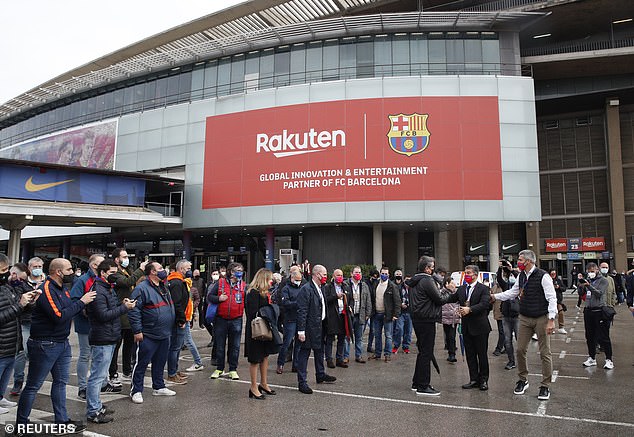 Nearly 80,000 members that are eligible to vote will head to the Camp Nou on Sunday

‘I’m convinced my offer will please him. And I’m also convinced that if either of the other two candidates win Messi will not stay.’

If Freixa, who is considered a ‘continuity candidate’ for the presidency, wins then Messi would leave. But the 52-year-old’s chances of winning are slim.

A victory for Font could also leave Messi more out than in. Font has said he wants to offer Messi a ‘contract for life’ but there is not the same desire to build the immediate future around Messi that there is with Laporta. 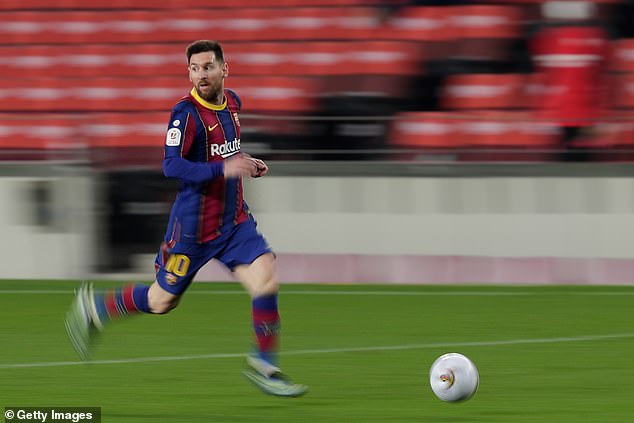 Voting started at 9am local time in an election reshaped by the coronavirus pandemic. Polling will continue until 9pm local time with a result expected around midnight.

Out of the 110,290 members eligible to vote, 22,811 have taken up the opportunity of voting by post. Polling stations have also been set up in Girona, Tarragona, Tortosa and Lleida in Catalonia and in Andorra but the club said that 78,987 members had indicated they would vote at the Camp Nou.

The outcome of the presidential race could also have an impact on the future of Barcelona head coach Ronald Koeman and his potential replacements. 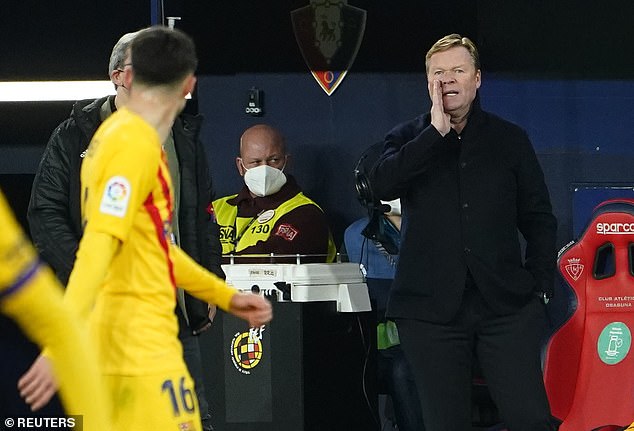 If Laporta wins, the Dutchman is likely to stay as manager as the former Barcelona president has history in backing under-fire managers such as Frank Rijkaard and Pep Guardiola.

Font would likely back a change in manager but Koeman is still likely to stay as manager until the end of the season. Barcelona are currently second in the LaLiga table, two points behind leaders Atletico Madrid who face Real Madrid later on Sunday.

The election is also taking place in the back-drop of a financial crisis at Barcelona. In October, the club announced losses of 97 million euros (£83.5m) for last season and debts that had more than doubled to 488 million euros (£420m).