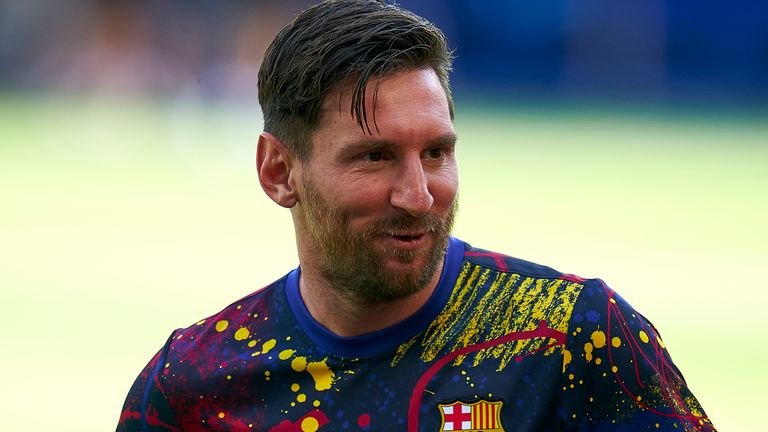 Lionel Messi’s father and agent Jorge insists Barcelona’s €700m release clause is “not applicable at all” and his son should be able to leave the club for free.

However, La Liga released a statement shortly after Messi’s declaration, reiterating its stance that the clause needs to be paid in full if Messi is to be allowed to leave the club.

The 33-year-old informed Barca of his desire to leave via an official note last week and did not turn up for the team’s first five days of pre-season training under new boss Ronald Koeman.

It led to his father and agent Jorge flying into Spain this week for crunch talks with Barcelona president Josep Maria Bartomeu and the club hierarchy over a possible exit.

On Sunday, La Liga dashed Messi’s hopes of leaving Barcelona on a free transfer by stating his €700m release clause will have to be paid if he is to leave the Nou Camp.

However, in response to that original La Liga statement, Jorge Messi says that clause “is not applicable at all”, and released a statement on Friday reading:

“Jorge Horacio Messi, as representative of the professional football player Lionel Andres Messi, in reply to the statement published on August 30th, 2020 by the National Professional Football League regarding the contractual situation of the player, and apart from its obvious partiality because of the role that institution represents in defence of the interests of its members (the football clubs), needs to state that:

“This compensation will not apply when the termination of the contract by the unilateral decision of the player takes effect starting from the end of the 2019/2020 sporting season.”

“Regardless of other rights that are listed in the contract and which they have omitted, it’s obvious that the compensation of 700million euros, listed in the previous clause 8.2.3.5, is not applicable at all.”

Tuesday 25th August – Messi sends Barcelona an official document informing the club of his desire to leave and activate the ‘get-out’ clause in his contract that would see him leave for free.

Wednesday 26th August – Barcelona sporting director Ramon Planes says the club are “aiming to build the team around Messi” and want him to stay.

Friday 28th August – Messi requests a personal meeting with the Barcelona hierarchy and his lawyers to discuss a solution to his transfer request. He is spotted leaving a restaurant in Barcelona after a dinner with close friend Luis Suarez, also on his way out of the club.

Sunday 30th August – Messi does not turn up for Barcelona’s pre-season coronavirus testing. La Liga release a statement backing Barcelona’s stance on the dispute over his contract, stating he will only leave if his €700m release clause is paid in full.

Wednesday 2nd September – Messi’s father and agent Jorge flies into Barcelona from Rosario in Argentina for crunch talks with Barcelona president Josep Maria Bartomeu and the board. He says it is “difficult” for his son to stay at the club.

Thursday 3rd September – Talks between Jorge Messi and Bartomeu carry on into a second day.

A few minutes later the Spanish league released another statement backing up their original stance and stressing that, despite the comments from Messi’s camp, they will require the fee to be paid in full if they let Messi leave.

“La Liga has forwarded a response to the message sent by the representatives of the player Lionel Messi,” the statement read.

“This answer highlights and confirms that their interpretation is out of context and far from the literality of the contract, so La Liga reiterates the statement published on August 30th.”

What is the situation with Messi’s buy-out clause?

Messi had, for a while at least, believed he could walk away from Barcelona on a free transfer by exercising a clause in his contract which stipulated he could leave at the end of every season without a single euro being paid to the club.

However, La Liga has bolstered Barcelona’s stance, with the club insisting the clause has expired and the only way Messi will be allowed to leave is if his €700m release clause is paid in full. 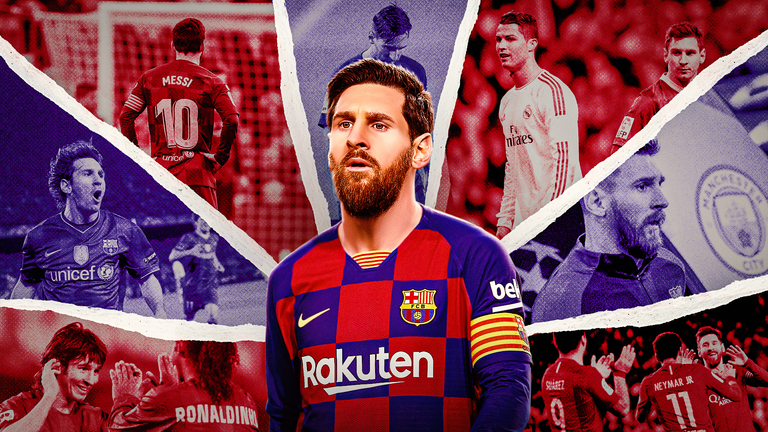 As the the transfer saga rumbles on and Lionel Messi’s future at Barcelona remains in doubt, we reflect on the seven stages of his extraordinary career so far, from the teen sensation to the global superstar, and the possible next steps of arguably the greatest player of all-time…

Read the full feature on the seven ages of Messi

Tennis: Wimbledon to take place in 2021 even without fans, Times reports