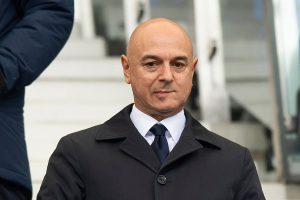 Spurs slipped down to ninth in the Premier League after a 2-1 defeat at West Ham on Sunday.

The result means Tottenham have won just one of their last six games in the league, and sit nine points from the top four.

Earlier this season, the north London side were being tipped to challenge for the title after a brilliant start, but injuries and poor form have made for a poor campaign so far.

Pressure is starting to mount of Mourinho, with Spurs now relying on glory in the Carabao Cup or Europa League.

And chairman Levy is debating a swoop for long-term target Rodgers if Mourinho fails to turn things around, it has been claimed.

Football Insider report that Rodgers has been admired by Levy since his days at Swansea when he turned the south Wales side into Premier League regulars.

Levy is said to have held talks to assess the north Irishman’s interest in replacing Harry Redknapp back in 2012. But Rodgers joined Liverpool instead as the Reds were first to make an approach as Kenny Dalglish was dismissed.

For now though, Mourinho remains in charge at Tottenham, and insists that despite a poor run of results, the club is not in a “crisis”.

“I don't know what you mean by crisis,” he said. “If crisis is frustration and sadness in the dressing room, I'd say so because nobody is happy and we all showed that in this game.

“When a team fights the way the team did until the last second, trying to get a different result, it's never a group crisis, because groups are in crisis when you're not together in the search for better results than you have.

So I wouldn't say crisis, I would say a bad, a really bad run of results. That is obvious. We're losing too many matches.”