Bayer Leverkusen’s Jonas Boldt has alerted Premier League big guns that Leon Bailey could be allowed to leave the club – but not in the January transfer window.

The 21-year-old has claimed in the past that Manchester City, Manchester United Chelsea and Liverpool have been interested in his services but he signed a new deal in August to keep him at the club until 2023.

Leverkusen sporting director Boldt has admitted, however, that they will struggle to keep hold of the winger. 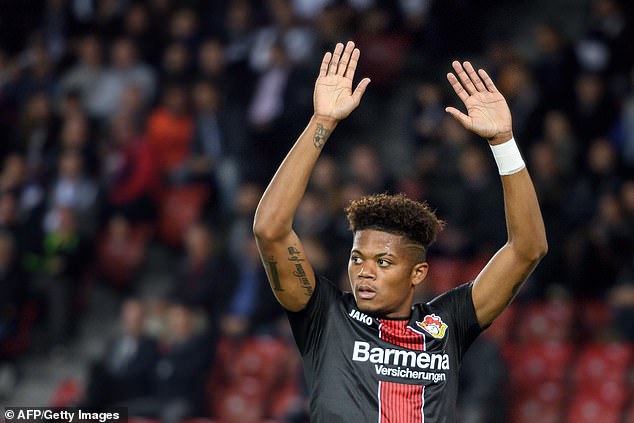 ‘We all know that Leon will eventually go,’ Boldt told Bild.

‘But we have made it clear that a winter change is out of the question. He also knows that he has our backing.’

Despite the hype surrounding the player, Bailey has only managed to score one goal this season in 14 appearances for the club. 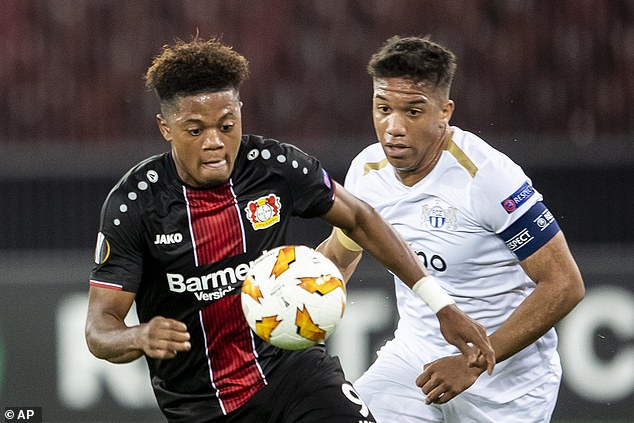 The Jamaican-born forward rose to fame last season when he scored 12 goals and provided six assists for the German club.

Bailey’s poor form has coincided with Leverkusen’s disappointing start to the season with the Bundesliga side sitting 13th in the table, eight places lower than their fifth-placed finish last campaign.

Manchester United, Manchester City, Chelsea and Liverpool were all reportedly linked with the winger in the summer.