Home » Leicester vs Southampton prediction: How will FA Cup semi-final play out today?

Leicester vs Southampton prediction: How will FA Cup semi-final play out today? 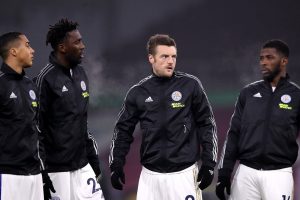 Leicester take on Southampton at Wembley in the sides’ FA Cup semi-final.

Both sides have struggled in the league recently, with each team losing in their last outing.

Leicester were defeated 3-2 by West Ham while Southampton were thumped 3-0 by West Brom.

Brendan Rodgers and Ralph Hasenhuttl will be eyeing the semi-final clash as a fixture that may make or break their respective seasons.

The fixture will kick-off at 6.30pm GMT at Wembley Stadium.

The match is live on BT Sport 1 with coverage starting from 6pm GMT.

James Maddison, Ayoze Perez and Hamza Choudhury are all available after being dropped for breaching Covid restrictions last week. Caglar Soyuncu and Cengiz Under are also back in the squad, but Wes Morgan (back), James Justin and Harvey Barnes (both knee) remain out.

Michael Obafemi is back in training after a muscle issue that has kept him out since January, but on-loan forward Takumi Minamino is cup-tied after appearing in the competition for Liverpool. Oriol Romeu (ankle) and William Smallbone (knee) are out.

Anything can happen, especially in the FA Cup, but it is difficult to look past Leicester for this clash. Iheanacho is in free-scoring form and he will fire the Foxes to the final. 3-1 Leicester.