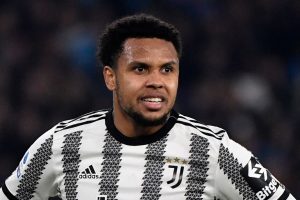 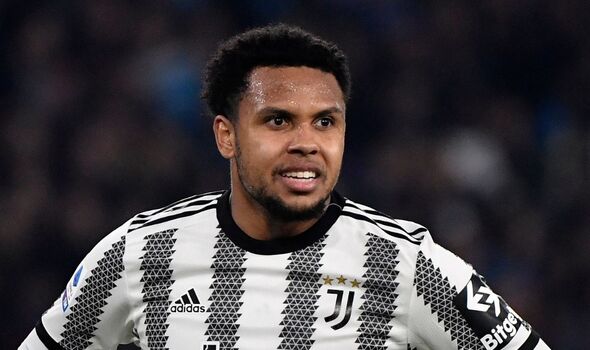 Leeds are understood to be closing in on a deal to sign USMNT midfielder Weston McKennie in what could prove to be a major coup for both Jesse Marsch and the Elland Road hierarchy. Formal talks are now set to take play with Juventus over a fee for the 24-year-old maestro, who has made it known that he would be ready to join up with international team-mates Brenden Aaronson and Tyler Adams in Yorkshire to fulfil his Premier League dream.

But potentially problematically for Leeds, Juventus are not prepared to let McKennie leave on the cheap despite his wishes after setting a £22million asking price.

Any deal would ideally see Juve overturn some profit on the £16.3m shelled out to Schalke in the summer of 2021 following a successful loan spell in Turin.

It’s currently unclear whether Leeds have the cash to hand to match Juve’s valuation but with McKennie open to the move, the Whites hold a strong position to close a deal and there is quiet optimism an agreement can be found.

Furthermore, Juventus cannot spend this month unless they sell and McKennie has been identified as a player that can make way this month providing the price is right.

His departure would also free up a welcome non-EU spot within Juventus’ current squad as they prepare to battle back from a 15-point deduction.

Aston Villa and Bournemouth have also held exploratory talks in the past few weeks but neither club looks ready to move for the former Schalke man.

Tottenham director Fabio Paratici is also a huge fan of the player he brought to Juventus but Spurs are not currently prioritising the arrival of a midfielder.

It means Leeds are currently on pole to conclude a deal permitting they’re able to successfully negotiate a package with selling club Juventus.

Although Leeds are believed to feel the crux of their winter business is now done following the signings of Maximilian Wober and Georginio Rutter, there could yet be more arrivals.

Leeds are also hot in pursuit of Servette’s teenage defender Diogo Monteiro, who has been scouted heavily by the Whites.

The Portuguese youth international cannot be signed until he turns 18, however, with his birthday set to fall on January 28 – there is every chance a deal could be wrapped up in the final days of the window.

Monteiro is already understood to have made the trip to Leeds’ Thorp Arch training ground for a visit with his father ahead of a potential move.

While the highly-rated centre-back has only played a handful of games at senior level in Switzerland, he is deemed as an exciting talent for the future.

Should Leeds complete a deal, Monteiro would be expected to join up with the club’s U21 or U23 side to help his adaptation to English football.

Head coach Marsch is now under increasing pressure in the Elland Road hot-seat as Leeds continue to flirt with another relegation dogfight.

Leeds are keen to tie down attacker Jack Harrison to a new contract amid interest from Leicester City after he entered the final 18 months of his current deal.

The Whites are also monitoring the future of Southampton teenager Jimmy-Jay Morgan, who is understood to have rejected a new contract at St Mary’s.