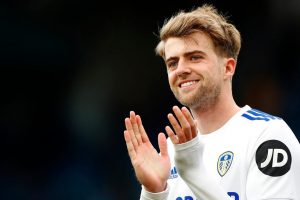 Leeds United may attempt to make more signings during this summer transfer window to bolster their squad after Saturday’s heavy defeat by Manchester United.

Marcelo Bielsa’s side have already signed goalkeeper Kristoffer Klaesson, Lewis Bate and Junior Firpo this window, and have made their loan signing of Jack Harrison permanent.

Despite these signings, Leeds’ side against United was extremely similar to last season, but with 15 days left until the transfer deadline on August 31, they could still make further acquisitions to ensure that they keep their Premier League status for a second consecutive year.

Lewis O'Brien has said that he wants to join Leeds this summer, according to The Sun.

The paper has reported that the Elland Road side are prepared to meet Huddersfield's asking price and are readying a second bid for the midfielder, in the region of around £7million.

Leeds made an initial bid for the O'Brien but this was rejected by Huddersfield, with their valuation far from met, but an offer in the region of £7m should be enough to see the midfielder move to Elland Road.

It has been reported that Crystal Palace also are interested in O'Brien, and the London club already beat Leeds to the loan signing of Conor Gallagher, but the Huddersfield midfielder would prefer to work with Marcelo Bielsa.

Where will Leeds finish in the Premier League this season? Comment below

Leeds have been joined by West Ham United and Tottenham in their pursuit for Nahitan Nandez, with Cagliari looking for a guaranteed sale.

Inter Milan reportedly tried to sign the 25-year-old earlier in the window, but the Serie A champions wanted to loan the midfielder, with an option to buy.

This was rejected by Cagliari as the club want a guaranteed sale, or want to loan the midfielder with obligation to buy, ensuring that they get their required sum of money either way.

Leeds want to offer Patrick Bamford a new contract, with the hopes that he will commit his long-term future to the club, according to the Telegraph.

Bamford is entering the final year of his Leeds contract and due to the uncertainty around Harry Kane's future, Tottenham are believed to be showing interest in the 27-year-old.

The striker impressed last season, as Leeds finally made their Premier League return, and Bamford has scored 42 goals in 106 games since joining the club in 2018.

Kane was left out of the Tottenham squad that beat Manchester City on Sunday, increasing speculation about the Englishman's future.