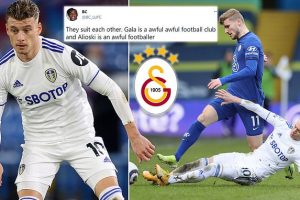 Leeds fans have reacted furiously to reports that Ezgjan Alioski has agreed to move to Galatasaray.

The Turkish side are hated by those at Elland Road after two travelling fans were stabbed to death by Galatasaray supporters prior to the UEFA Cup semi-final in 2000.

The loss of Kevin Speight and Christopher Loftus is still felt incredibly deeply and the feud between the clubs remains. 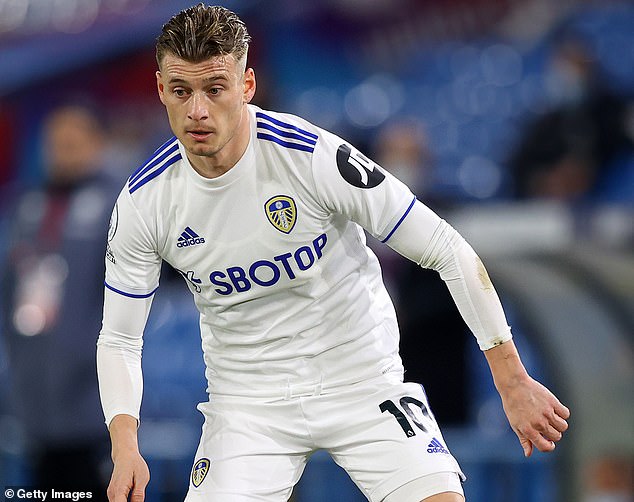 It is regarded as a significant act of betrayal by many fans for a Leeds player to join Galatasaray.

And many have voiced their opinion on social media following a report by Football Insider that Alioski has agreed a pre-contract to join the rivals in the summer.

One wrote: ‘If Alioski goes there, his high regard and reputation with Leeds fans is destroyed!! Has to be the biggest DO NOT for any Leeds player!! Past present or future..’

A second added: ‘Would much rather see on of the u23s get a chance at lb than Alioski for the rest of the season. If you’re Leeds, you don’t move to a direct rival, simple.’

Some wrote stronger messages, such as: ‘Washed my hands with Alioski if he f***s off to those vermin.’

And: ‘Alioski can f*** off, he obviously knows the history between the two clubs.’ 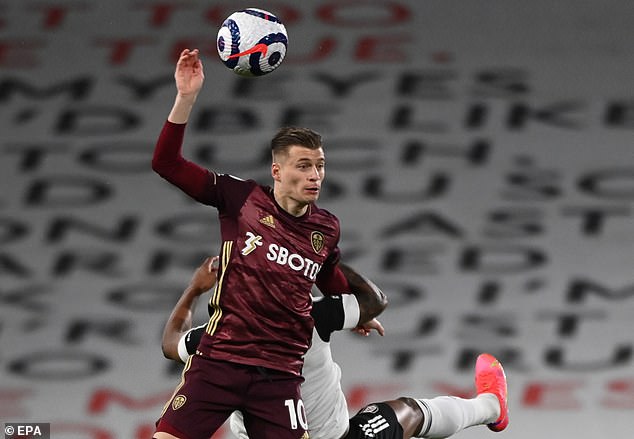 Leeds and Galatasaray fans clashed in violent scenes 21 years ago at 21:00 in Istanbul’s Taksim Square.

Former club legend Harry Kewell previously soured his relationship with Leeds fans after moving to Galatasaray from Liverpool in 2008.

At the time he said: ‘It was a tragic thing in football but we can’t live in the past. I am happy and I hope everyone else can be too. There were a lot of other clubs out there but this is perfect for me. Galatasaray wanted me from the start. The facilities are great. It’s a fantastic city and I’m willing to learn.’