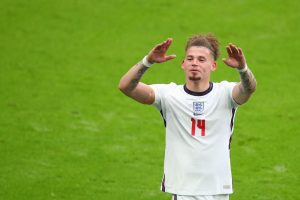 And owner Andrea Radrizzani was rewarded for his ambitious outlay as Bielsa's men thrilled neutrals with their relentless style and ninth placed finish.

This summer, Leeds have completed the permanent signing of loanee Jack Harrison, and brought in left-back Junior Firpo and goalkeeper Kristoffer Klaesson.

But there is still time for further incomings before the August 31 deadline.

Leeds have reportedly been dealt a blow in their pursuit of Swedish defender Jens-Lys Cajuste.

Cajuste has become coveted after some impressive performances for Midtjylland and he was involved in Sweden's Euro 2020 squad.

According to Danish outlet Tipsbladet, the Whites have seen an £11.5m offer rejected by FC Midtjylland for the 22-year-old, who could have provided cover for Kalvin Phillips.

Huddersfield Town's Lewis O'Brien has been linked heavily with a switch to Elland Road this summer.

The 22-year-old has been identified as a player who could suit Marcelo Bielsa's unique system.

And according to the Yorkshire Evening Post, the West Yorkshire rivals are 'not a million miles apart' in their valuation of the midfielder.

It is added that no deal is imminent but a transfer is seen as realistic this summer.

Grealish has completed a £100m mega move to Manchester City, where he will play Champions League football.

But Kinnear wants to create an environment where the club's top players feel they can turn down lucrative offers from big clubs.

“I know Aston Villa didn’t have to sell [Grealish], even at that value, and they wanted to keep him, but when the player wants to go, you have a problem," he said.

“Our job is making sure all the players feel wanted and valued and they can grow at Leeds United.

“Kalvin is a long-term pillar for the club. We’ll work with him and his representatives to make sure he feels valued and motivated and wants to be at Leeds United.”