Leeds confident on Marcelo Bielsa contract, no deal yet for Brighton’s Ben White 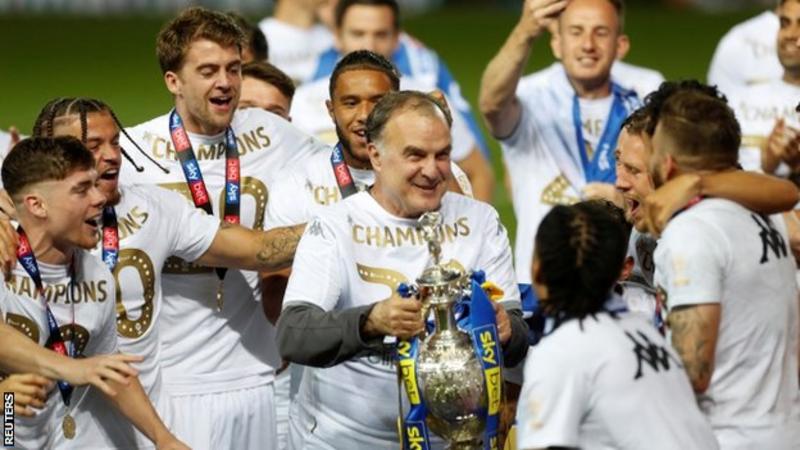 The Argentine, 64, ended Leeds’ 16-year exile from the Premier League by leading them to the Championship title.

His contract expired at the end of the season, but Kinnear is confident Bielsa will sign a new deal shortly.

“I know fans are nervous, it makes me a bit nervous, but I don’t think there is any reason to be,” he said.

“Marcelo is absolutely focused on training, but like last season where I know everyone was nervous about the contract, it is about him getting the time to focus on signing it.

“While we have conversations pretty much daily, it tends to be about the season preparations rather than his contract.”

One of the club’s key transfer targets is Brighton centre-back Ben White, who excelled during the Whites’ promotion campaign while on loan.

Reports suggest Leeds have made a third bid – believed to be about £25m – for the 22-year-old Englishman.

“Brighton have been very clear in their position that he is not for sale and that’s where we are unless something changes,” Kinnear told BBC Radio Leeds.

“We have had a dialogue, we would like to make it happen, but at the same time we accept if Brighton want to keep him, then we will move on.

“We have other targets, strong targets, and conversations in those areas have moved on simultaneously.”

On Thursday, the Whites found out their opening fixture back in the Premier League will be a trip to champions Liverpool, with Kinnear hopeful fans will be able to start returning to Elland Road by October.

“The Premier League is working very hard with the government, there is ongoing dialogue and [that is] happening again this week,” he said.

“I think there are reasons to be positive and I think the government is treating it as a priority to get supporters back.

“I think the Premier League and all the clubs think we can put the measures in place to make it safe for supporters to return, initially in small numbers but growing that across the course of the season.”