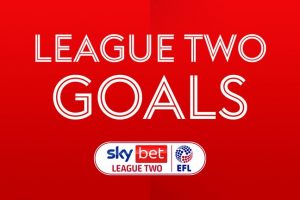 The visitors went ahead inside the opening two minutes when James Jones’ ball in from the right went all the way through the area and into the far corner of the net.

After Scott Quigley had another Barrow goal ruled out for offside, Cheltenham went close to an equaliser just before half-time when Chris Hussey’s 18-yard volley came back off the post.

Barrow, though, doubled their lead in the 66th minute when Quigley bundled the ball in from a long throw by Bobby Thomas as the Bluebirds made it three straight wins to pull further clear of the relegation zone.

The Saddlers had taken the lead through a spot-kick from Emmanuel Osadebe in the 55th minute.

Crawley, though, secured a point when Nichols converted in the seventh minute of added time after Jordan Tunnicliffe had been brought down by Walsall ‘keeper Liam Roberts.

Midfielder Tom Conlon gave the home side an early lead in the 12th minute.

Jake Scrimshaw hauled the Exiles level 10 minutes into the second half, but Rodney struck with 15 minutes left to secure all three points as Vale put more distance between themselves and the survival battle.

Salford were held to a goalless draw at home by Colchester, who moved eight points clear of second-bottom Southend.

Alfie McCalmont put the visitors in front three minutes into the second half, which had looked enough to give Latics boss Keith Curle a first win.

However, after the hosts had hit the crossbar, Iron substitute Hallam levelled things up.

Mansfield drew 1-1 against Carlisle, as Stephen McLaughlin equalised with 10 minutes left. Offrande Zanzala had given the visitors the lead in the 66th minute.