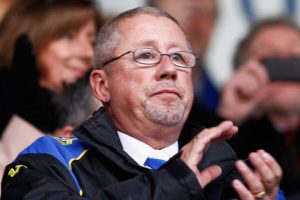 Gillingham FC chairman Paul Scally has called for an end to footballers taking the knee before matches in solidarity against racism.

Scally spoke following a mass debate which was sparked after sections of England’s 10,000-strong support booed players for kneeling before the fixture against Romania on Sunday.

Jeers were heard around the stadium prior to both of England’s recent friendlies and there are fears that this could become a recurring theme throughout the upcoming Euro 2020.

Gillingham players themselves took part in the protests during their 2020/21 season in League One fixtures but Scally believes it is no longer necessary.

Scally said: "I'm totally against it. The point has been made. There is no need to do this anymore.

"It is having an adverse effect on football.

"The vast majority of people in this country are honest, decent and non-racist people.

“They are against racism. They are finding this somewhat irritating and unnecessary.”

Do you think there will be more booing before England's opening match against Croatia? Let us know in the comments section.

England are expected to continue taking the knee in spite of the backlash, with manager Gareth Southgate and Liverpool captain Jordan Henderson being advocates of the gesture.

Henderson insisted recently that England fans should support players while arguing that the booing itself demonstrates racism is still an issue.