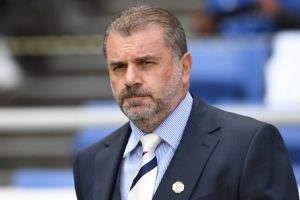 Ange Postecoglou’s potential move to Celtic is still proceeding despite the possibility of a delay due to coaching badges, with the governing body of Eurpoean football not recognising Australian coaching credentials required to oversee top-tier professional clubs.

Celtic and Yokohama F Marinos are reportedly close to agreeing a compensation fee which will see Postecoglou leave Japan and move to Parkhead for the start of the 2021-22 season. 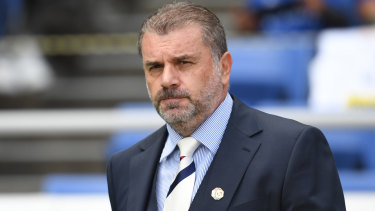 Ange Postecoglou is set to be unveiled as the new manager of Celtic in the coming days.Credit:Getty

The former Socceroos coach is on the cusp of becoming the first Australian to coach a major European club with reports from Scotland and Australia strongly linking him with the vacant post at the Scottish giants.

Sources with knowledge of discussions suggest talks between Postecoglou and Celtic are proceeding despite a potential hurdle due to the non-recognition of his coaching badges by Europe’s governing body of football, UEFA.

Postecoglou holds an Australian Pro coaching licence – the highest level of documentation in Asia – which is not recognised by UEFA as an equivalent to their Pro coaching licence, required to be held by all head coaches of major top-tier professional clubs. According to Football Coaches Australia, a union body for coaches, the lack of recognition of the badges could prompt a delay but should not obstruct his potential appointment to the Celtic job. Postecoglou can obtain a short-term exemption known as a “certificate of competency” that will allow him to coach Celtic while completing his UEFA Pro licence. 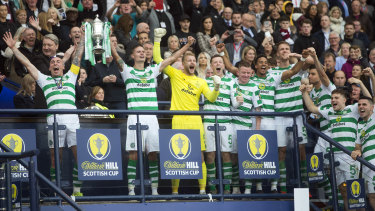 “Would it be a deal breaker? I’d like to think it won’t be,” he said. “On an interim basis you can bridge the gap between AFC qualifications and UEFA qualifications. During the time you keep the interim certificate valid, you are completing your UEFA Pro Diploma. Currently our AFC Pro diploma relates to UEFA A Licence.”

A spokesperson for UEFA informed Scottish media the process for Postecoglou’s certificate of competency has already been lodged but that could take a matter of weeks before being approved.

That step could now be finalised in the coming days with website Football Insider suggesting Celtic are close to finalising a “six-figure” compensation deadl with Yokohama to bring Postecoglou to Scotland.

The clamour around Postecoglou’s appointment has been intense, with Celtic supporters, pundits and ex Hoops stars all concerned that the ex Socceroos boss might lack the experience needed to prepare him for the intensity and madness that the Old Firm rivalry with Rangers generates.

Former Socceroos and Manchester United goalkeeper Mark Bosnich, a Fox Sports pundit who was himself critical of Postecoglou’s tactics during the World Cup qualifying campaign in 2018, also believes that appointing the Australian is a gamble.

“He did have a fantastic time here at a club called Brisbane Roar, where he pretty much revolutionised the way football was played over here. And he’s won the title in his first foray into Asia,” he told the UK’s main soccer broadcaster Sky Sports.

“I can understand the angst from Celtic supporters because winning the title here in Australia and winning the title in Japan is not managing in the Scottish Premiership, and nor is it managing a club the size of Celtic, whose worldwide support is right up there, and they’re an absolutely massive club.”

Former Arsenal, West Ham and Celtic striker John Hartson, who was a hero to Bhoys fans in his spell in the Scottish Premier League, believes Celtic should think on a much grander scale if they wish to satisfy their demanding fan base.

“No disrespect to Ange Postecoglou, he comes with some raving reports, he’s a disciplinarian and plays on the front foot and attacking football, which sounds great if you’re going to manage Celtic.