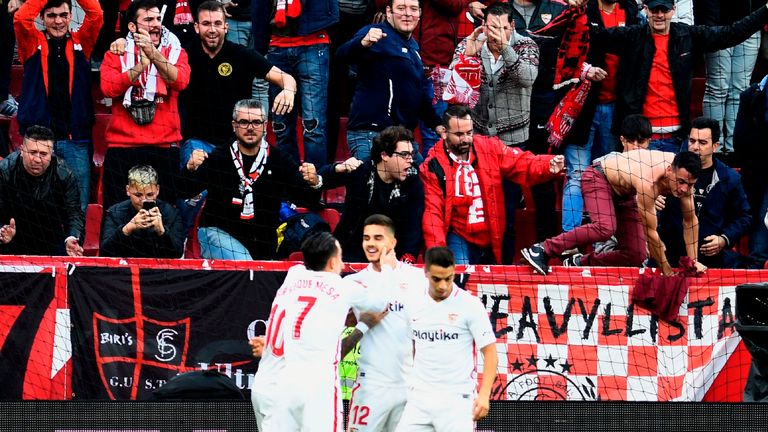 Sevilla took full advantage of Barcelona’s draw with Atletico Madrid on Saturday to overtake both and go top of La Liga with a 1-0 win over Real Valladolid.

Espanyol missed the chance to close the gap on fourth-placed Alaves as they slipped to a 3-1 home defeat against Girona.

A terrible start from the hosts saw Cristhian Stuani score twice within the opening six minutes and it took until the 74th minute for Espanyol to respond through Borja Iglesias.

However, any hope of victory was extinguished by Seydou Doumbia’s goal in the final minute.

Athletic Bilbao failed to haul themselves out of the bottom three as they were only able to hold the lead given to them by Peru Nolaskoain midway through the second half for 10 minutes before Getafe‘s Jaime Mata equalised in the 1-1 draw.