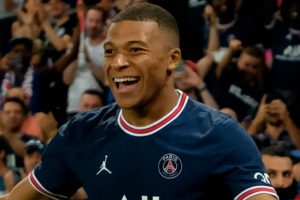 Real Madrid have made a £137m (€160m) bid to sign Kylian Mbappe from Paris Saint-Germain.

The La Liga club made the offer on Sunday and Paris Saint-Germain are yet to respond to their proposal.

Mbappe is out of contract at the Parc des Princes next summer and he has so far refused to sign a new deal, despite PSG’s attempts to get the France international to commit his future to the club.

The 22-year-old has told PSG that his dream is to play for Real Madrid, who have been linked with a move for the World Cup winner throughout the summer transfer window. 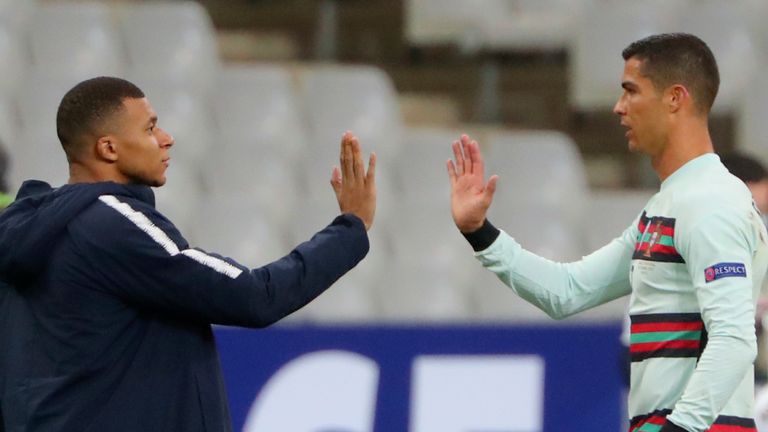 Mbappe has scored 133 times and made 63 assists in 174 games for PSG in all competitions and has helped them towards 11 major domestic honours, including three Ligue 1 titles.

He arrived from Monaco on an initial season-long loan in 2017 and was signed permanently for £165.7m a year later.

Mbappe has started all three of PSG’s Ligue 1 games this season, making two assists so far, and he found the net for his first goal of the campaign in a 4-2 win over Brest on Friday.

Sky Sports News has been told that one of the biggest agents in the game is trying to put together a deal that would see Mbappe move to Real Madrid and Cristiano Ronaldo join PSG.

Ronaldo is also out of contract next summer and has not told Juventus he wants to leave, but the Serie A club would not stand in his way if another club comes in for him. 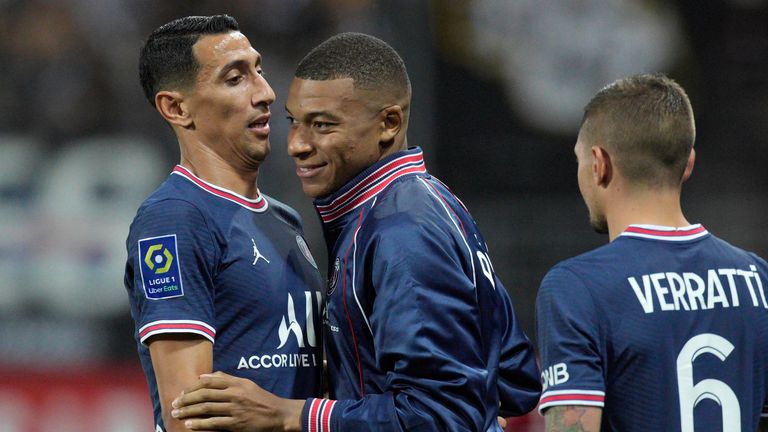 When asked about his club’s interest in Mbappe heading into the closing stages of the transfer window, Real Madrid boss Carlo Ancelotti told a press conference last week: “I don’t know if he will arrive.

“I don’t care what will happen. I have a very good and very strong squad. They give me a lot of happiness. I am focused on that.

“Let’s wait these 10 days and now I am focused on the team that I have.”

Prior to their game with Brest, PSG head coach Mauricio Pochettino said of Mbappe: “Kylian, I see him being very well. He’s working really hard to be ready this season. And I see him staying with us this season.

“We also know that during these periods, a lot of things are said. Some things happen, others don’t. I see Kylian working well, he’s got his head in tomorrow’s game. He is focused.”

PSG’s sporting director Leonardo has repeatedly refuted claims of a potential departure for Mbappe, but former Real Madrid manager Zinedine Zidane and midfielder Luka Modric have previously welcomed suggestions that he could one day play for the club.

Real Madrid, who have incurred an estimated £257m (€300m) in losses due to the coronavirus pandemic, signed David Alaba on a free transfer earlier this summer after his deal at Bayern Munich expired, who is the only addition to their squad so far during the current transfer window.

Meanwhile, PSG pulled off the sensational signing of Lionel Messi earlier in August, while Achraf Hakimi, Sergio Ramos, Gianluigi Donnarumma, and Georginio Wijnaldum have also linked up with Pochettino’s side.