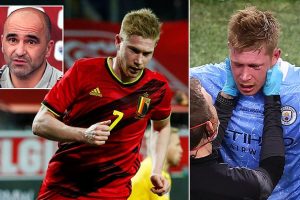 Kevin De Bruyne is set to miss Belgium’s Euro 2020 opener against Russia even if he has a protective mask, coach Roberto Martinez admitted on Wednesday.

De Bruyne is racing to be fit for the tournament after fracturing his nose and left eye socket in Manchester City’s defeat by Chelsea in the Champions League final.

Martinez doesn’t know when De Bruyne will be available but confirmed that he will be fitted with a mask similar to the one worn by team-mate Jan Vertonghen after he was injured playing for Tottenham against Ajax two years ago. 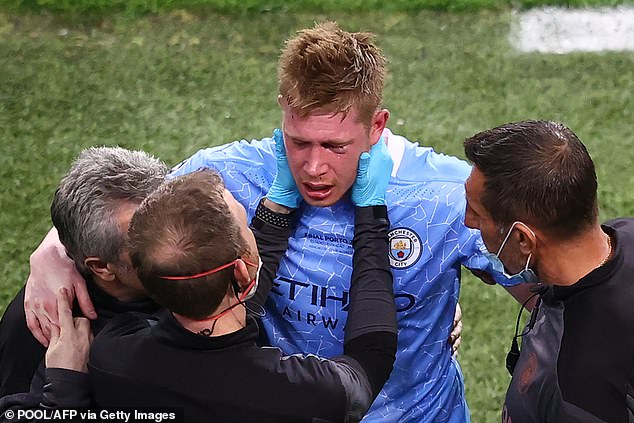 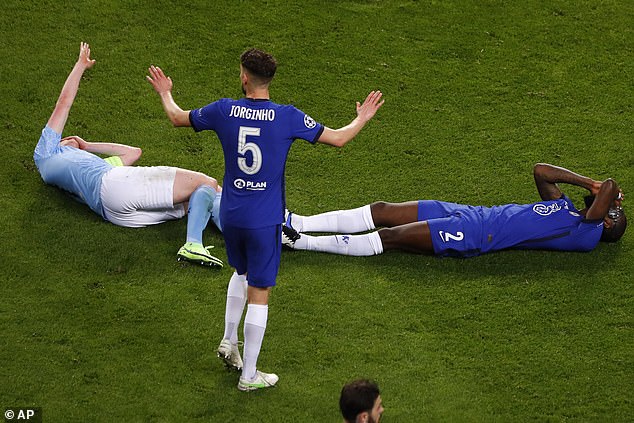 The Belgium boss has more problems with Eden Hazard ruled out of Thursday’s warm-up game against Greece in Brussels and only set to play 45 minutes of Sunday’s friendly against Croatia.

‘De Bruyne is unlikely to be fit for that first match so whoever replaces him will have to show he’s ready,’ said Martinez.

‘We made a decision about his mask. It will be one of the producers who made Jan Vertonghen’s mask. We were very satisfied with that.

‘I would say that until next week we won’t know exactly where we are with Kevin. Now, allow him to relax.

‘He could be available for the Euros but we don’t know when at the moment. It’s too early to give you an answer now, we must first get the green light from the medical side.’ 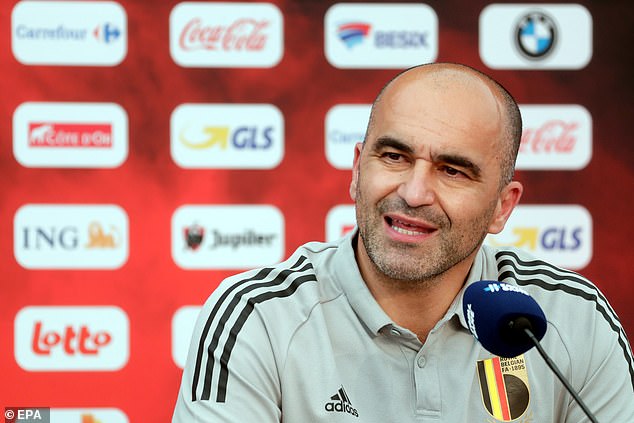 Martinez played down reports that some players have refused to have Covid vaccinations amid concerns that the side-effects could harm their chances of winning the tournament.

Belgium, who are in Group B with Russia, Denmark and Finland, are the No 1 ranked team in the world.

‘Everyone gets vaccinated between now and the end of the tournament,’ added Martinez.