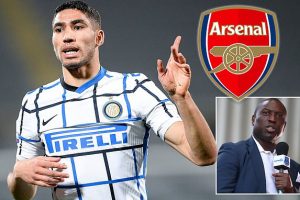 Kevin Campbell has urged his former club Arsenal to ‘go all out for’ Achraf Hakimi if they believe he is the right-back that they are looking for.

Hakimi has had a brilliant debut campaign for the Serie A leaders after joining from Real Madrid in a deal worth £34m last summer.

The 22-year-old has established himself as an automatic starter, contributing six goals and five assists in 26 appearances in the top flight. 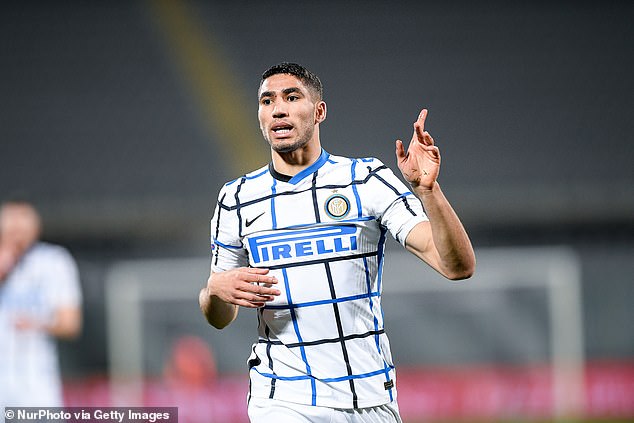 His performances have naturally led to interest from the likes of Chelsea and Arsenal, the latter seeing him as a potential replacement for Hector Bellerin.

And Campbell admits it would take a lot to prize him away from Inter but feels it would be worth it.

‘Arsenal are in the market for a right-back and Hakimi is a brilliant player,’ he told Football Insider. ‘I think the club will tread very carefully when they look who to sign this summer. 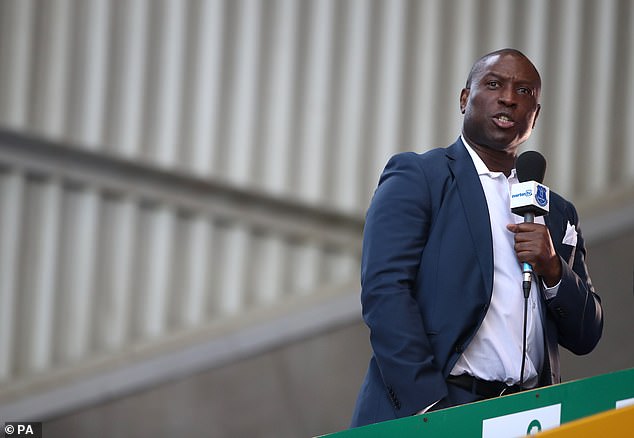 ‘Will Inter Milan even sell Hakimi? They are looking great. Going after players that are performing at the peak is always difficult. ‘If the club see him as the best choice though they have got to go all out for him.’

Asked about the speculation surrounding Hakimi’s future last week, his agent Alejandro Camano told Radio Kiss Kiss: ‘He is happy at Inter with Conte, who is an excellent coach.

‘Conte’s style of play suits Achraf and I think he will end up improving a lot because of this experience with the Nerazzurri.’