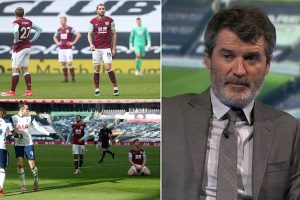 Roy Keane has slammed Burnley after their miserable first-half performance against Tottenham.

Gareth Bale scored after 68 seconds to record the quickest goal Burnley have ever conceded in the Premier League, to give Jose Mourinho’s side the lead.

Things then went from bad to worse for the visitors as Harry Kane and Lucas Moura found the back of the net to send Burnley into half-time 3-0 down. 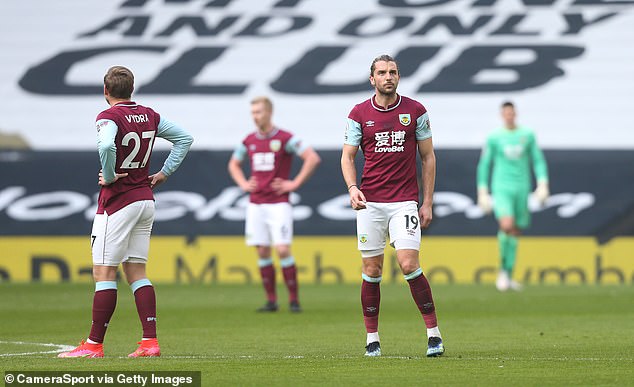 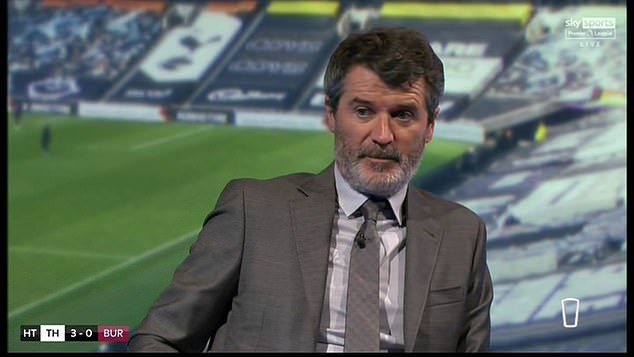 At half-time, the 49-year-old former Manchester United captain said that he even he today could have played in this game against a ‘bad’ Burnley team.

He said on Sky Sports: ‘Burnley just haven’t been at the races. The defenders have got to do better, they’re all over the place.

‘They (Spurs) have quality, but you can’t give anyone that much time and space. I could play in that game.

‘When they’re off it, they’re bad. They hoped it was a blip against West Brom, but they’ve been worse today.’

Before the game with Tottenham, they had won just one game out of their last four Premier League games.

They impressed in a 3-0 victory over Crystal Palace but were held to draws by Brighton, Fulham and West Brom.

Bale marked his return to the Premier League starting eleven by timing his run to perfection to find Son Heung-min’s pass and poke the ball past Nick Pope to give his side the perfect start. 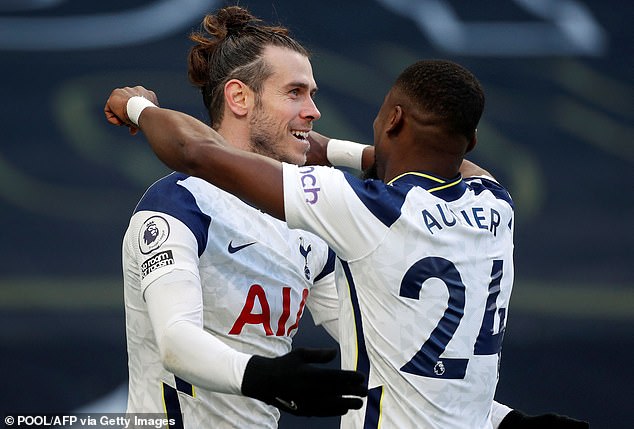 The Welshman then picked out Kane with a long-range sweeping pass, which the England captain lashed into the back of the net via a deflection.

Moura then made it 3-0 when Sergio Reguillon’s cross luckily deflected into his path for the Brazilian to tuck away.

After the break they conceded just one further goal in a 4-0 defeat, with Son finding Bale who found the top corner to score his second.