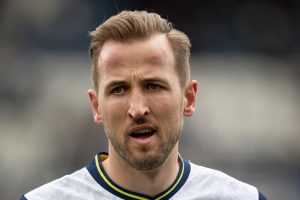 England captain Harry Kane is set to be fined by Tottenham Hotspur after failing to turn up to pre-season training on Monday.

The striker has been linked with a move away from the North London side and is believed to have told the club in May that he wished to leave.

Premier League winners Manchester City reportedly made a £100million bid for the Spurs talisman at the end of June which was rejected with chairman Daniel Levy expecting at least £120million.

And Kane is believed to be frustrated at the lack of progress regarding a move despite a gentleman’s agreement to let him go this summer, with Sky Sports reporting he will receive a fine for his transgression.

Kane was expected to report for Spurs training after a post-Euro 2020 break where he was set to undergo various tests for Covid and general fitness levels.

This summer has seen Man City lead the pursuit for the player for much of the window despite interest from Man United and Chelsea also being reported.

Pep Guardiola is eager to add both Kane and England teammate Jack Grealish for £100million each as City begin their title defence this month.

But Spurs are refusing to budge on a deal for Kane, who in May stated City playmaker Kevin de Bruyne would be a ‘striker’s dream’ to play alongside.

Do you think Levy will allow Kane to leave for only £100m despite having three years left on his contract? Let us know in the comments section.

Kane won both the Premier League top scorer and assists trophies in 2020/21 and has deemed this summer the perfect opportunity to leave in search of silverware at another club, having fallen short of another trophy with Tottenham last season.

"I think this week everything will be clear. Tottenham need to take a position, and Manchester City are ready if their position changes.

"This week will be key to understand what will happen."