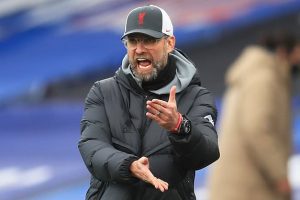 Jurgen Klopp has been here before, his team spiralling out of control as they continually lose games, the manager seemingly unable to reverse a rapid decline following a period of extraordinary success.

Indeed, the more you study Borussia Dortmund’s 2014-15 season, Klopp’s last at the Bundesliga club, the more parallels there seem to be with this season at Liverpool.

Beset by injuries, Dortmund’s preparations in 2014 were hampered by the fact several of their players, who had been in Germany’s World Cup winning squad, did not get a proper pre-season. As results suffered, the previously affable Klopp became tetchy with the media. 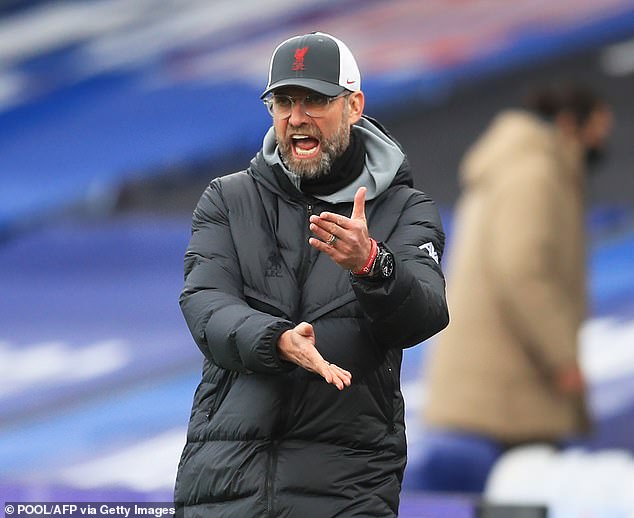 Star players did not seem to be putting in the same shifts they once did and critics said he had lost his motivational mojo, that he only had one way of playing, which had now been found out.

‘We kept losing games in the exact same way over and over again,’ said Peter Krawietz, Klopp’s assistant then and now at Liverpool, speaking in Raphael’s Honigstein’s biography, Bring The Noise. ‘Your head is full of questions. Is it your fault? Is it the team’s? What shall we do? It was an extremely s*** situation.’

Roll on six years and Klopp and Krawietz must feel the same. Dortmund had gone from being Champions League finalists in 2013 to accumulating just 15 points in the first half of the season in 2014 and sitting second bottom in the Bundesliga, destined for relegation.

It was as unimaginable as Liverpool losing five successive games at Anfield having been unbeaten there for almost four years. ‘From a football point of view, we try to adapt and obviously we don’t adapt quick enough, otherwise we would have better results,’ said Klopp. ‘And that is the criticism we face. We cannot do other than our best. 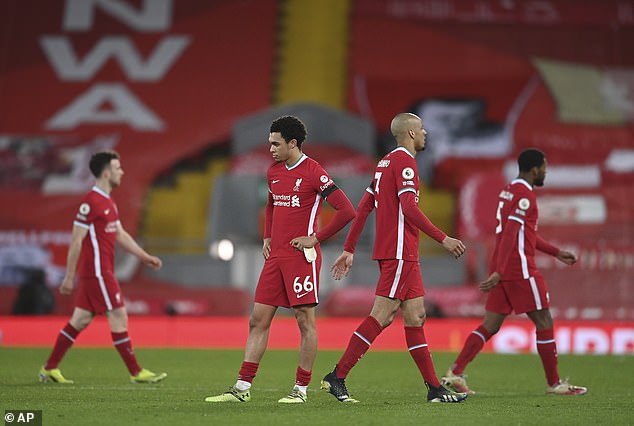 ‘And if there is somebody who thinks there is another one [manager] who can do better, then they have to make the decision. That’s clear. I don’t think that’s the case. Not that nobody can do it better but that I don’t think any of the deciders [the board] have that opinion — at least nobody told me. But it’s not that you can change everything.’

Klopp rejects the Dortmund comparison, saying: ‘It’s not even close. At Dortmund, it was not half as bad as it is here from an injury point of view. And we had much less points at Dortmund after the first part of the season.

‘The difference at Dortmund was we had the injuries but in the second part, they all came back.It’s not that easy that I had a situation like this six years ago and I just take out the book where you wrote all the notes and have a look and say: “Ah, yeah that’s what we can do.” 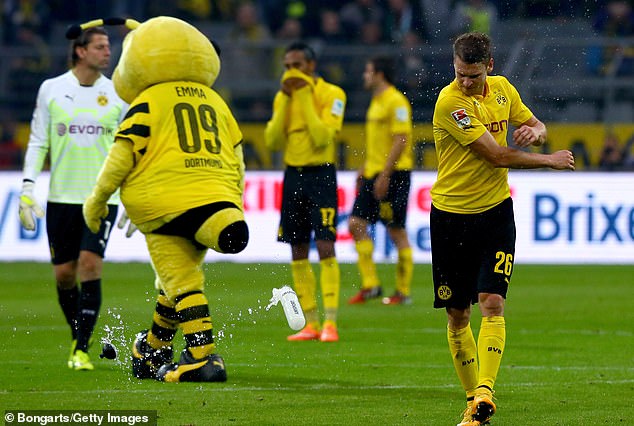 ‘The only thing we can do is to work as hard as you can, to fight as much as we can to play as good as you can to win football games. Because that change everything.

‘Somebody asked the question am I too nice? But I am what I am. And I am not always nice. I would like to be but I’m not. We are loud, we are critical.’

Liverpool play Fulham at home in the Premier League and on Wednesday, with a 2-0 lead from the first leg over RB Leipzig, ought to progress to the Champions League quarter-finals.

For the record, Dortmund revived, finished the season in seventh, reached the cup final but lost and Klopp decided his time at the club was done and departed.