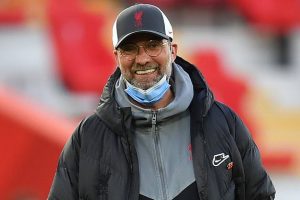 Jurgen Klopp insists Liverpool ‘can still make this season a success by qualifying for the Champions League’ despite their dismal title defence, as Reds look to defeat Leeds and jump into the top four

Jurgen Klopp says Liverpool will still make their season a success if they qualify for the Champions League — and believes past experience will be crucial.

The trip to Elland Road on Monday night has taken on huge significance for Liverpool, after West Ham stumbled at Newcastle on Saturday, and three points against Leeds would put Klopp’s side back into the top four.

When Liverpool qualified for the Champions League in 2017 — the first time under Klopp — they took 16 points from their final seven matches and a similar tally from the same amount of games would give them an outstanding chance of reaching their objective. 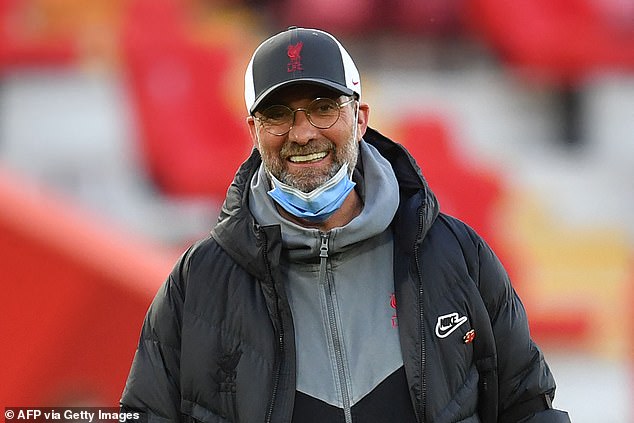 Liverpool got knocked out of Europe last week by Real Madrid but they are on a run of three consecutive domestic wins and Klopp sees a hunger in his squad to finish the job, starting against Marcelo Bielsa’s side.

Klopp said: ‘I don’t know how people outside see it but for us we can still make this season a success by qualifying for the Champions League.

‘Just because we won the league last year that does not mean that the only thing that would be a success again would be winning the league. 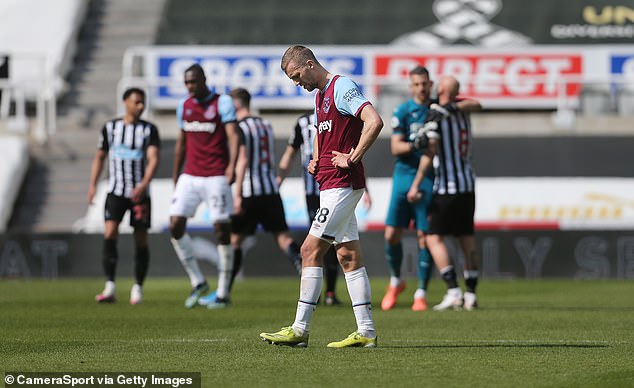 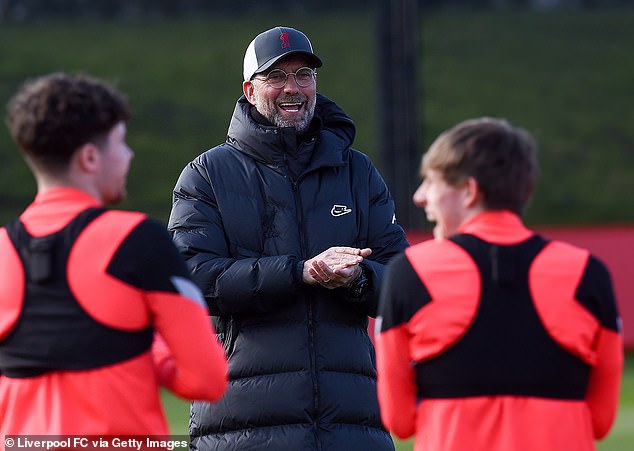 ‘That would be really mad. That is why a lot of teams have problems after winning something. We are not in that mood. We don’t chase our own shadow. We don’t say, “Oh no, how can we get that good again?” No, we know about all of the necessary steps that we have to do.

‘We are in a situation and we were before and we have to be in that mood and we have to chase everybody. The team we played and all the others we don’t play, but not in the same moment. We have to put pressure on. We felt it when Chelsea came up and were winning all the time.’