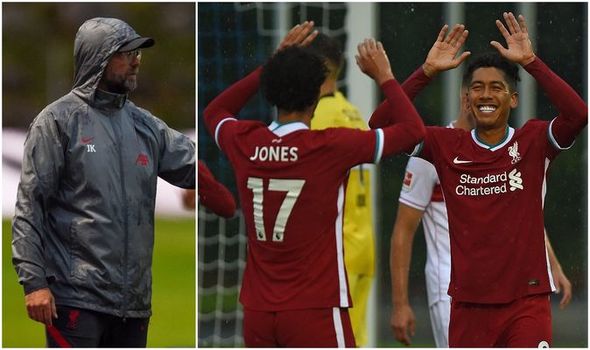 The Premier League champions got their pre-season preparations underway with a 3-0 win in Austria thanks to goals from Roberto Firmino, Naby Keita and Brewster.

The Reds gave a total of 23 different players minutes on the pitch with a strong first-half XI including the likes of Alisson, Virgil van Dijk, Fabinho, Mohamed Salah, Sadio Mane and Firmino.

In the second half, a less experienced side saw the likes of Ki-Jana Hoever, Marko Grujic, Elliott and Brewster given the opportunity to impress.

Left-back Tsimikas also played in a Liverpool shirt for the first time since an £11.75million switch from Olympiakos earlier this month, completing the full second 45 minutes.

And Klopp was pleased in particular with the Greek defender, as well as the performances of goalscorer Brewster – who spent the second half of last season on loan at Swansea – and January addition Minamino. 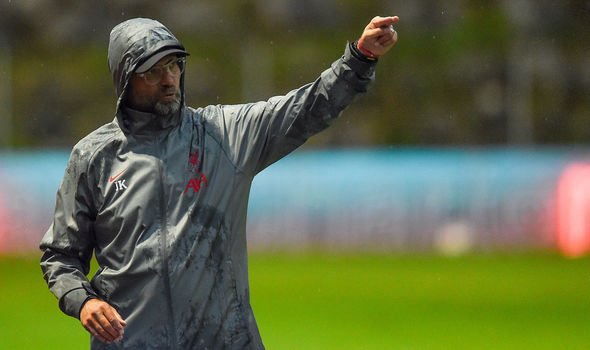 Academy graduate Jones and Elliott, signed from Fulham a year ago, also stood out to the German boss on a rain-soaked evening at Stadion Burgerau.

He told LFCTV: “The weather – wow! It rained like crazy, the pitch was really deep – you could see the water was still on the pitch, that makes football games really tricky.

“Good organised opponent obviously but we scored nice goals and for me most important, we felt 45 minutes football is different to 90-minute sessions. Because in sessions you make breaks, but here, there’s no breaks, you have just to go through.

“That was the most important thing to do today and the boys did it and they felt the intensity of the game, very good. Now we have tomorrow, we do a little bit less, Monday two sessions and Tuesday Salzburg, interesting game, so it’s all good.

“I think Ki-Jana rolled his ankle a little bit but apart from that they should all be fine which is obviously very important as well.

“It was how we made the goals that was absolutely exceptional. Obviously Taki is in pretty good shape.

“Kostas showed some nice glimpses of his talent. We know we have good boys here. Curtis, first half, around the goals, Harvey hard-working until the end, Rhian, they all look really promising.

“It’s how I said – they had to work today and that’s what they did so I’m fine with the performance.”

Klopp admitted that patience will be required with summer signing Tsimikas, who has been recruited to offer extra competition to Andy Robertson at left-back – one of the most crucial positions in Liverpool’s system.

Asked about the 24-year-old’s showing, the Liverpool manager said: “Good, good. He’s a pretty quick player obviously, a pretty confident one too.

“But a really good player and he did well. It’s now for him, the next challenge, to get used to all our defending things and stuff like this.

“It will take time no doubt but when he has the ball, it looks not so bad.” 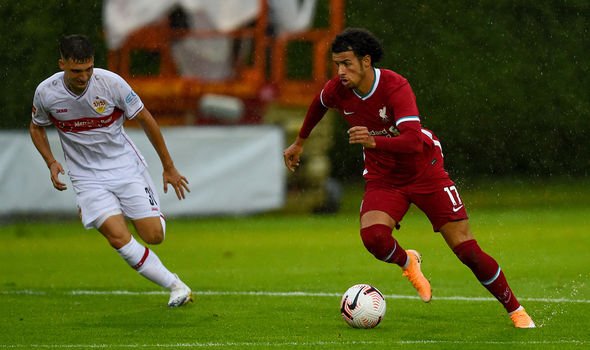 Liverpool’s next pre-season outing sees them take on RB Salzburg, from whom they signed Minamino earlier this year after taking on the Austrians in the Champions League group stages last term.

“That will be a tough one, Salzburg,” Klopp said of Tuesday’s clash. “Every year they find very exciting players all over the world so I’m excited to see them all because the style they play is clear.

“It will be pretty intense – I hope it will not rain that much! I have no problem with rain but it makes it, you always have to judge the situation differently.

“I think it will be better [weather] so it’s all fine.”

After facing Salzburg, Liverpool will return to England to prepare for the Community Shield against Arsenal on Saturday at Wembley.

FFA, Nike find a fix for Matildas away kit own goal

FFA, Nike find a fix for Matildas away kit own goal