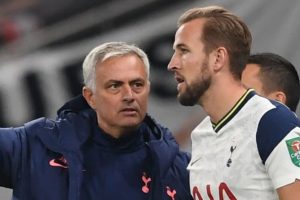 Jose Mourinho has offered his former striker Harry Kane advice ahead of the biggest decision of his career. The England captain is set to seriously consider his future after Euro 2020 and has already made it clear he may leave Tottenham.

Kane has been left frustrated by the club’s failure to compete for major trophies, despite reaching the Carabao Cup final this season.

Tottenham’s season ended in disappointing fashion despite a 4-2 win at Leicester on the final day of the campaign, as they finished 7th in the Premier League.

And Kane has ambitions to win both the Premier League and Champions League before he retires.

He would have a good chance of doing that at the likes of Manchester City, Manchester United and Chelsea as he weighs up a potential move away from Spurs. 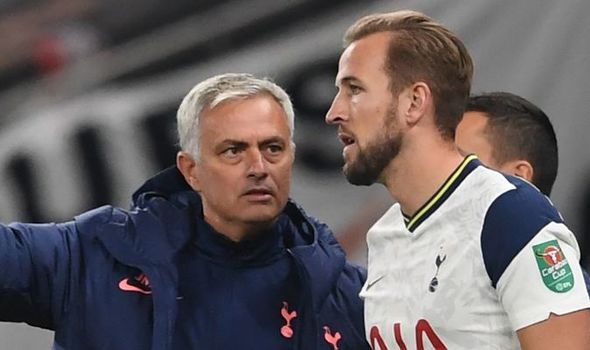 Now his former manager Mourinho has advised him to do whatever makes him happy.

In an interview with James Corden for The Sun, he said: “I think he has to play where he is happy. And I think he is happy in England. He is a very Premier League guy.”

Mourinho also paid tribute to Kane’s partnership with Son Heung-min before adding that the 27-year-old deserves to win medals.

When asked by Corden about comparisons between Kane and his former players Zlatan Ibrahimovic and Cristiano Ronaldo, he added: “Yes but when I work with these guys they were winning titles. It is about legacy. Legacy is about medals.

“But who knows? In five weeks Harry could be a European champion.”