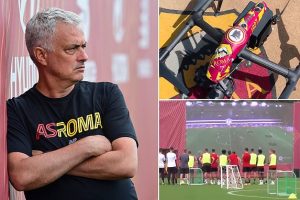 Jose Mourinho is no stranger to controversy, though it usually is to do with his comments before or after a match than his approach to training.

But the Special One has brought in some new technology to help his Roma players improve in Serie A next season. Specifically, drones.

Looking to make a splash in his first season back in Italian football, Mourinho has reportedly introduced the drone technology so he can show his players their mistakes in real time’ and therefore help address them quicker. 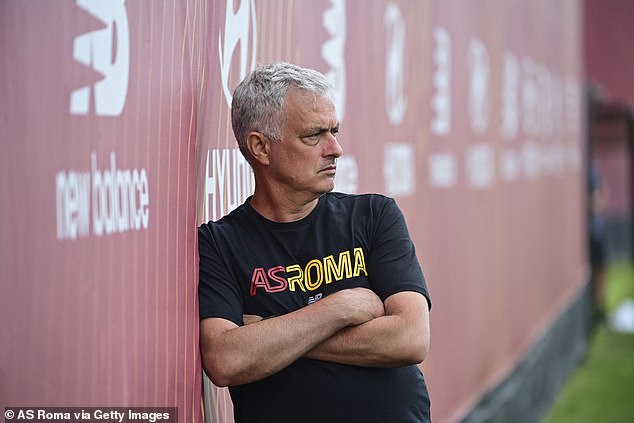 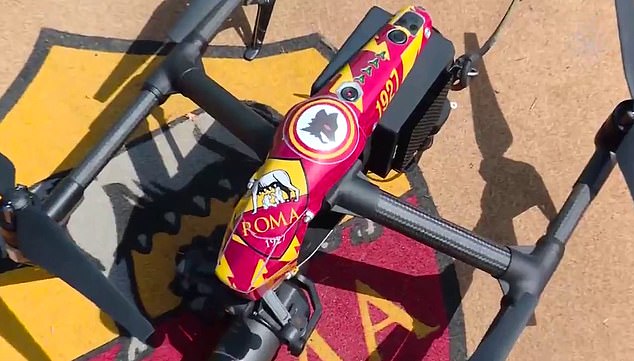 The club shared a video of the new setup being installed, complete with Roma-branded drone

Roma’s Twitter account released a short video of the drone technology being set up at the club’s Trigoria training facility.

Several small screens and controlling units with joysticks are shown before the drone is sent to the skies, its camera broadcasting its birds-eye view live to a giant screen at the side of the training pitch.

The video ends with Roma players gathered at the pitchside screen, apparently taking in the enormous new recorder of their every mistake. 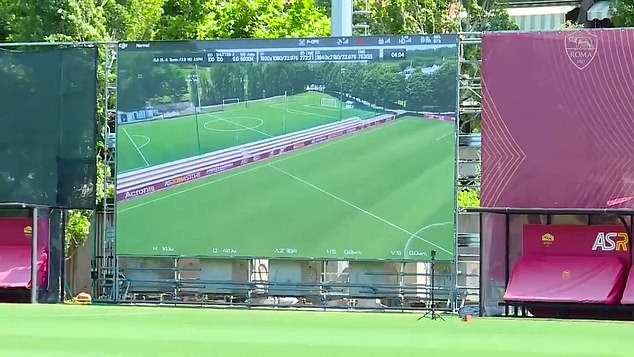 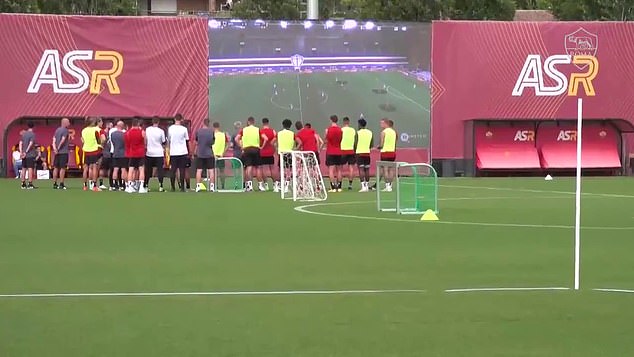 Mourinho’s tenure has gotten off to a flying start after Roma destroyed local side Tuscans Montecatini in a pre-season friendly, putting 10 goals past them.

As well as updating Roma’s training practices, Mourinho is keen to refresh his squad, having brought in goal-keeper Rui Patricio from Wolves for £9.8million.

However, he suffered a big setback courtesy of his former club Manchester United, who blocked a loan move for left-back Alex Telles as they want to sell him permanently instead.