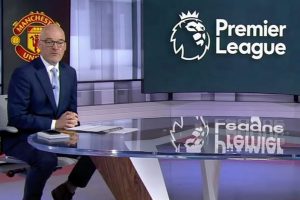 Pundit Jon Champion was abruptly cut off by the American TV network ESPN when criticising the Glazer family – following the events of the Manchester UnitedLiverpool clash over the weekend.

Champion, who occasionally appears on ITV, was speaking about the Glazer's ownership of United with ex-USA international Taylor Twellman, when his mic inexplicably cut off.

ESPN blamed the incident on technical difficulties, and they later released the full footage of the conversation on their website.

"Don't mention that word [franchise]. No. I hate that word. Because that word has no place in our lexicon when we talk about European sports clubs," He told Twellman.

"They're clubs with beating hearts, not franchises. You have Manchester United, one of the Super League clubs… owned by the Glazer family who are widely despised as absentee owners.

“They bought the club by loading debt onto it. They don't show any signs of care for it.

“And yet this is the thing which dominates the lives of so many of its followers, that's why they care about it, why they hate the European Super League, and why they seized this opportunity."

He was cut off midway through his final sentence.

Around 200 protestors were able to storm the Old Trafford pitch – holding up banners demanding the Glazers to sell up.

The weekend's protests caused the clash between the two rivals to be postponed, and a revised date for the fixture is currently unknown.