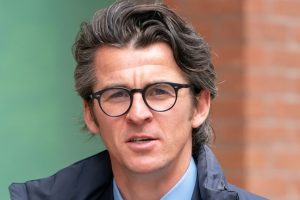 Former England international Joey Barton pushed over a rival manager after his team was defeated, causing him serious injuries to his face, a jury has been told.

Barton, 38, went on trial on Monday accused of assaulting then Barnsley manager Daniel Stendel in the tunnel at Oakwell, in April 2019, after the defendant’s Fleetwood side lost 4-2.

Prosecutor Ian Goldsack described tensions between the two sides when they met earlier in the season at Fleetwood – including a handshake between Barton and Stendel that the German manager “took to be an intimidatory gesture” – and these continued into the match in Barnsley seven months later.

Goldsack told a jury of six men and six women at Sheffield Crown Court that Barton confronted Stendel during the match in April and, after the final whistle, the defendant was “still very worked up and used some foul language towards him, which Stendel did not fully understand, but realised he was being insulted”. Goldsack said that the defendant ran past a number of people after the match and entered the tunnel behind Stendel.

He said: “Mr Stendel felt a push from behind and fell forward, hitting his face against that tunnel structure.

“He was knocked to the ground and when he looked up he saw the defendant passing him.

“He believed him to be responsible for what happened.”

The prosecutor said: “Mr Barton did not stop, did not make any apology and did nothing to acknowledge what had taken place.”

The jury was shown video footage which showed Barton running into the tunnel after Stendel and the structure then shaking.

Further footage showed a bloodied Stendel being helped back to the changing room.

Goldsack showed the jury photographs of injuries sustained by Stendel, saying the most serious were to his mouth, including an upper right incisor tooth being moved out of the bone, with some associated nerve damage. The prosecutor said: “Football is a sport which can arouse great passion.

“Clearly there was some history to this fixture, with some degree of antagonism on the previous occasion.

“And Mr Barton’s mood was perhaps not helped by that previous defeat; by having a player sent off just after it looked as though Fleetwood might get back in the game; by Barnsley extending its lead with a third goal, prompting provocative celebrations by (Barnsley first team coach) Christopher Stern; and by the defeat that came with the final whistle.”

Goldsack said: “Perhaps his anger hadn’t subsided from their exchange moments before at the pitchside. Perhaps the temptation was too great.

“But the prosecution say you can be sure it was Mr Barton whose actions were responsible for Mr Stendel’s loss of balance, going forwards, suffering the injuries that you have seen, and that he is guilty of unlawful assault as set out in your indictment.”

The jury has been told that Stendel will give evidence by video link from Germany on Tuesday.