Home » Soccer » Joe Hart to Tottenham at 33 but when do goalkeepers peak now?

Joe Hart to Tottenham at 33 but when do goalkeepers peak now? 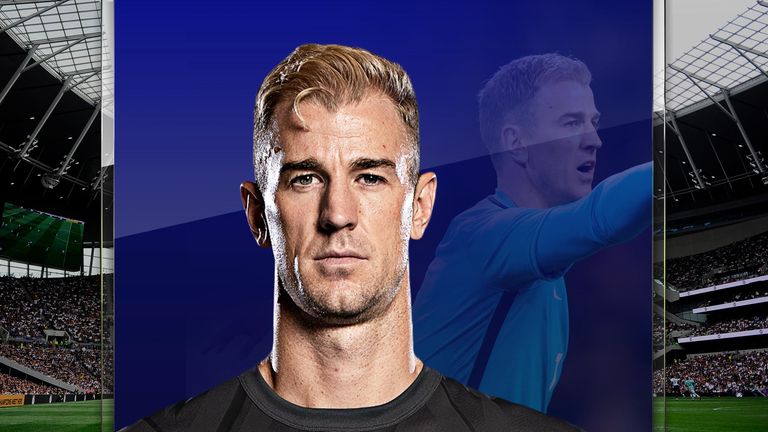 Joe Hart’s move to Tottenham was treated initially with incredulity given that he has spent the past season on Burnley’s bench after previously losing his spot as first-choice goalkeeper at Manchester City and West Ham. But it does not take long for the reappraisals to begin.

This is a former England goalkeeper with 75 caps to his name. A two-time Premier League winner who is – we are reminded – only 33 years old. The same age as Manuel Neuer. Younger than Hugo Lloris, the Spurs skipper and the man Hart now hopes to compete with for a place in the side.

The reality is that his reputation is now diminished. Hart is deputy rather than rival and likely to be battling with Gazzaniga for the role of reserve goalkeeper at the Tottenham Hotspur Stadium.

But why has that happened?

Many theories have been expounded to explain his struggles, and yet his story is not unique. For every Lloris, there is a Hart.

For every Peter Shilton still on top at 40, there is a Paul Robinson, Hart’s predecessor with England, whose Premier League career was all but over by the time that he was Hart’s age.

For every Gianluigi Buffon still going at 42, there is a fellow World Cup winner such as Iker Casillas, deposed at Real Madrid aged 31, who could never really recover his best form.

Still, the view persists that goalkeepers can be expected to peak in their thirties. So entrenched is this idea that the modelling has been built into computer games such as Football Manager. But in this age of statistical analysis, perhaps it is time for a rethink.

There are those now asking when goalkeepers are really at their best. 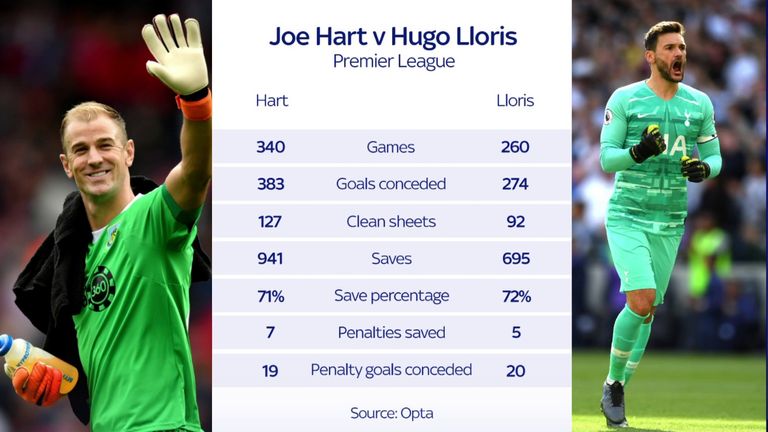 There are obvious reasons why this might be later than their outfield colleagues. The physical exertions are significant for goalkeepers but they are not quite the same as that of the player who is expected to hare around the pitch covering 10 kilometres twice a week.

While Hart’s move to Spurs might have been a shock, it is worth noting that he is the same age as former England international Gabriel Agbonlahor and younger than Micah Richards. Both have long since retired.

For Tottenham supporters, consider that the club’s new signing is the same age as their former midfielder Tom Huddlestone and younger than Steven Caulker, Aaron Lennon and Fraizer Campbell.

All won England caps but do not expect them back at Spurs any time soon. 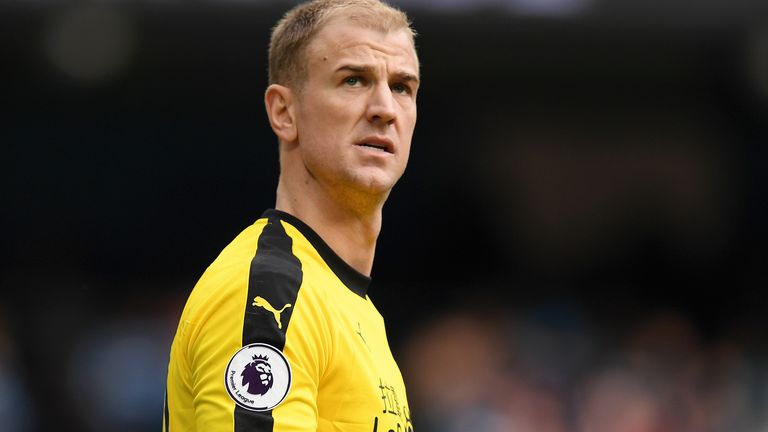 Clearly, the position is different and not just because of the recent trend for experienced back-ups to fill the role of third-choice goalkeeper. Other former England players such as Richard Wright and Scott Carson have taken on that responsibility at Manchester City. Robert Green was a popular figure at Chelsea. None of them played in a Premier League game.

It is different because tradition dictates that the early thirties represents a goalkeeper’s prime. In the 39 tournament matches that England played at World Cup finals in the 44 years prior to Hart’s debut in the competition, the average age of their goalkeeper was 34.

But perhaps that was a mistake.

Just as a band’s album that follows their best one tends to become the bestseller, reputation can trail the reality of performance. The errors made by Shilton and David Seaman at those World Cups hint at the truth behind their own decline.

The difficulty with goalkeepers is that unless they commit a series of high-profile howlers, the dip can be harder to spot. Unlike the striker for whom the goals drying up can lay bare their struggles, the goalkeeper’s decline might exist as a mere nagging suspicion.

Would they have saved that one five years ago?

Examine the number of Premier League minutes given to goalkeepers over the past five seasons and the data shows that 28 is the most popular age, with 30 and 31 not far behind.

Assessing the peak age of performance is trickier. The expected-goals data is noisy and it is not straightforward to tease out anything obvious. However, the notion that a goalkeeper’s performance improves with age can be easily challenged.

Instead, there is some evidence that the worst performing goalkeepers in the Premier League over the past five years have been the very oldest. There is no obvious peak. In fact, those goalkeepers under the age of 26 have saved more than those at their supposed best.

There is some bias inbuilt into the system here because young goalkeepers who earn Premier League minutes might, in all likelihood, be some of the outstanding talents around.

But perhaps it is also indicative of the sheer athleticism required in the modern game. The impressive reflexes that are on display at the highest level of Premier League football.

Most would accept that the physical peak of an athlete comes before a player’s thirties. The reason that goalkeepers are believed to peak later than that is because of their experience. By that stage, they have seen situations many times before. Decision-making should improve with age.

Here too, changes in coaching, an increasingly sophisticated approach to preparation, could be playing its part in ensuring that the peak age of a goalkeeper is younger than before.

Speaking to Frans Hoek, the esteemed former Manchester United, Barcelona and Bayern Munich goalkeeper coach, he outlined why this idea might now be outdated.

Goalkeepers no longer train in the same way that they used to. Their work is not increasingly integrated with the team. While that might mean saving fewer shots, it actually leads to more effective practice.

The young goalkeeper is more game-ready than ever before.

“Think about isolated goalkeeper practice,” he told Sky Sports. “It is just one person taking a shot. How often does that happen in a game? When the assistant coach was taking shots at me, after one practice I knew everything about his kick. There were no surprises. Nothing.

“I started that young with Victor Valdes and Pepe Reina at Barcelona because I knew that if they had trained together as part of the team, then the only thing that mattered after that would be whether they could deal with the pressure of 100,000 people watching them.

“The phrase you always hear with goalkeepers is that the older they are, the better they get. Why? It is because they are always practising in isolation and becoming better by playing games. So when a goalkeeper is 30, they have been playing 10 years and had 400 games.

“If you bring the game moments to the practice, then he is going to recognise these game moments much earlier in his career so he will need less time to reach his peak.

“Edwin van der Sar was the number one at 22. Valdes at 20. Reina at 20. It is not exceptional as long as you have the right methodology to make them aware of the game situation.”

He had gained plenty of experience long before his six years as Manchester City’s first-choice goalkeeper between the ages of 23 and 29. Those years would be regarded as the normal peak years of performance for a player in any other position on the pitch.

It is true that he was unfortunate that Pep Guardiola opted to discard him and the reasons owed little to his age and plenty to do with a shift in style. It is perfectly possible that Hart could have endured for some time had a different manager taken the job.

Nevertheless, Hart proved unable to reassert himself. Challenged to prove himself once more, he was unable to reach the high level that he had been at previously.

Perhaps it was appropriate that in the very week that Hart joins Spurs as a back-up option, Claudio Bravo, the goalkeeper who replaced him at Manchester City, was released.