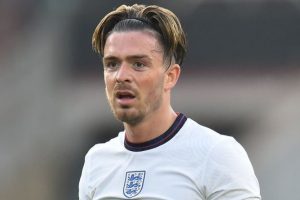 England playmaker Grealish was one of the standout performers in England’s 1-0 win against Austria.

But some fans may have been alarmed by the sight of Grealish sat in the stands with his shin heavily iced after being substituted.

However, the Aston Villa man said the issue was one he simply has to keep an eye on, as he and the England physio team work together to ensure he’s fit to play during the summer.

Speaking to ITV Sport after England’s win, Grealish said it was great to be back in action for the Three Lions.

“Being announced in the final squad is what I worked for all season, I’ve not shied away from saying that. 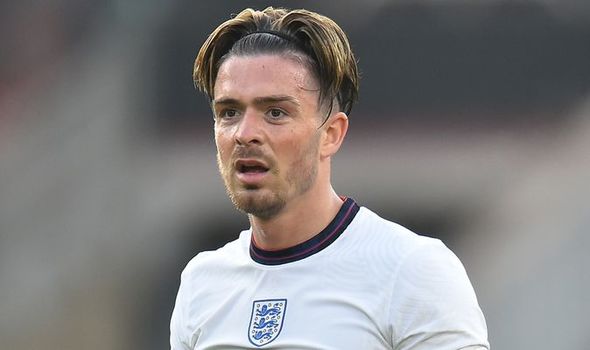 “That was my aim throughout the whole season, as soon as I got into the first squad in September.

“I’ve had an injury recently, so to get 70 minutes under my belt tonight was a perfect week.

Grealish then explained that his injury wasn’t shin splints, but instead a stress-related injury that he has to manage between games.

“It’s not shin splints actually, it’s different to that,” he explained.

“It’s a bit of stress on my shin, a different type of injury.

“I’m not concerned, I’m aware of it a bit so I have to keep on top of it and do whatever I can to heal it after I play in these games, that’s why I had the ice on.”

Grealish also spoke about the injury sustained late on by Trent Alexander-Arnold, who looked in significant discomfort as he was led around the pitch after sustaining what appeared to be a thigh strain in the closing minutes of the match.

“I’m not too sure what’s happened,” admitted Grealish.

“It didn’t look good the way he walked around the pitch, but let’s hope he’ll be okay in the next few days.”

Now Grealish and England will turn their attention to their final pre-tournament friendly with Romania before they get set for the start of the Euros.

And the Villa man said a good, competitive run-out against an at-times hard-nosed Austrian side was just what the team needed to help get them match-sharp ahead of the tournament.

“It was hard, but you can’t knock Austria,” he said.

“They’ve got players in the Bundesliga and in top, top leagues as well.

“You’ve got to bear in mind we’ve got seven or eight players to come back. Top, top players as well.

“It was a good test and good to get a win under our belts.”