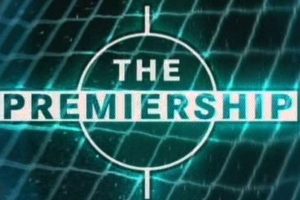 Match of the Day is a British institution – but for three years from 2001 to 2004, it disappeared off of our TV screens, replaced by The Premiership on ITV.

Hosted by Des Lynam and featuring stellar names like Clive Tyldesley, Jon Champion, Peter Drury and Guy Mowbray, The Premiership should have been a hit with viewers.

Unfortunately for ITV, who bid a whopping £183million for the right to broadcast Premier League highlights for three years from the start of the 2001-02 season, it wasn't.

The first show was a disaster.

Controversially, The Premiership was to be broadcast early on Saturday evening rather than the conventional late evening time slot used by Match of the Day.

This meant that the football highlights were facing their very own fixture congestion nightmare, forced to compete against the big hitters of Saturday evening TV.

The first episode, which featured Tottenham vs Aston Villa, Middlesbrough vs Arsenal, Charlton vs Everton, Liverpool vs West Ham and Leicester vs Bolton, amongst others, was watched by 4.3million viewers.

For comparison, that was 2.5million less than the reality TV star special of The Weakest Link on BBC1 and 2.7million less that Blind Date had achieved in the same slot.

What are your memories of The Premiership on ITV? Let us know in the comments section.

There were also complaints over the amount of football shown.

Factoring in ad breaks and analysis – who could forget Townsend's Tactics Truck, which saw the pundit pitch up to a particular match and provide his own specific breakdown, or the introduction of ProZone – the action itself almost took a back seat.

One review from 2001 said: "I just sat there moaning for 26 minutes, saying that ITV used to do football better than the BBC. For decades they did it better. Then they lost the plot completely."

There were other additions too, notably The Premiership Parliament, later changed to The Premiership on Monday; a debate show with fans from each of the division's 20 clubs.

In a lot of ways, such an idea was before its time, with Fan TV channels and supporter representation on mainstream shows now booming.

The Premiership's one saving grace was that it had one of football's most iconic theme tunes, with Beautiful Day by U2 still fondly remembered by fans even to this day.

Soon enough, ITV gave up on their early evening experiment and shifted The Premiership back to the more familiar time slot of 10:30pm, effectively admitting defeat.

ITV dared to do something different with The Premiership, but it didn't work, and they relinquished the rights back to the BBC when their contract was up in 2004.

Match of the Day, with the likes of Gary Lineker, Alan Shearer and Ian Wright, has continued to flourish with its blend of genuinely good analysis and warm inclusive style that draws the viewer in.

As for ITV, then-director of channels once described The Premiership as a 'once-in-a-lifetime opportunity to change the shape of Saturday night TV.'

In some ways he was right, because top-flight football hasn't been back on the channel since. At least it had a cracking theme tune.