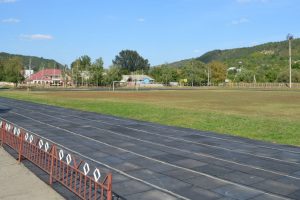 After being founded in 1999, the positively named club made their way to the top tier of the country's domestic game within two seasons. Safe to say, there would have been smiles all round.

But after winning the second division title, things started to go down hill for them – and fast. A nightmare season which included a 10-0 battering was followed by dissolution, all in the space of one horribly ironic year.

Happy End, based in the town of Camenca, had started their Moldovan National Division campaign fairly well. Their opening match ended in a narrow 2-1 away defeat to the also now-defunct Tiraspol.

Three 1-1 draws in their next four games gave hope that they could survive in the eight-team league. And they recorded their first win in their next meeting with Tiraspol, smashing them 3-0.

The side had more than held their own come the end of the first half of the season in November 2001. But something went drastically wrong between then and March 2002 when the fixtures restarted.

What's the funniest football team name you know of? Let us know in the comments section.

It seems the players may have eaten too much over the Christmas break because Happy End lost not one, not two, but 13, yes thirteen, matches in a row.

They suffered 4-0 and 5-1 defeats to eventual champions Sheriff, who famously beat Real Madrid in the Champions League last season, were humbled 6-0 by second-placed Nistru Otaci, and were embarrassed 10-0 by Zimbru Chisinau, who finished third.

Their relegation had already been confirmed by the final day of the season, but they did at least end on a high note, beating seventh-placed Tiligul Tiraspol 3-0 to finish the 28-match long season on 15 points after three wins, six draws and 19 losses, with a goal difference of -46.

There was to be no happy end for Happy End, though, as they were dissolved in the summer of 2002 and never played a game again.