Home » Soccer » Ipswich fans chant 'What's going on?' as they mock playing on in FOG

Ipswich fans chant 'What's going on?' as they mock playing on in FOG 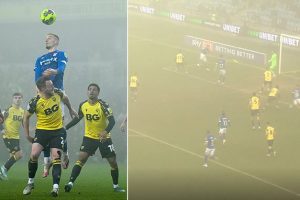 Ipswich fans chant ‘what’s going on?’ as they mock playing on in thick FOG at Oxford – as both managers blast ‘ridiculous’ decision and insist neither team could see the ball in League One clash

Ipswich fans questioned the referee’s decision to continue playing in thick fog in their clash at Oxford on Saturday.

The high-flying Tractor Boys lost 2-1 at the Kassam Stadium at the weekend in awful conditions where players and supporters could barely see.

And the away support posted a video on social media of the ‘ridiculous’ situation as they repeatedly chanted ‘what’s going on?’. 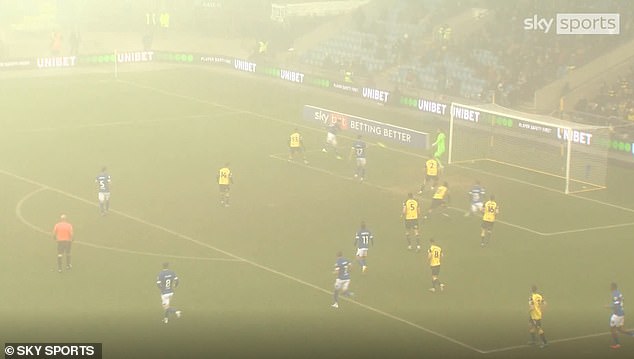 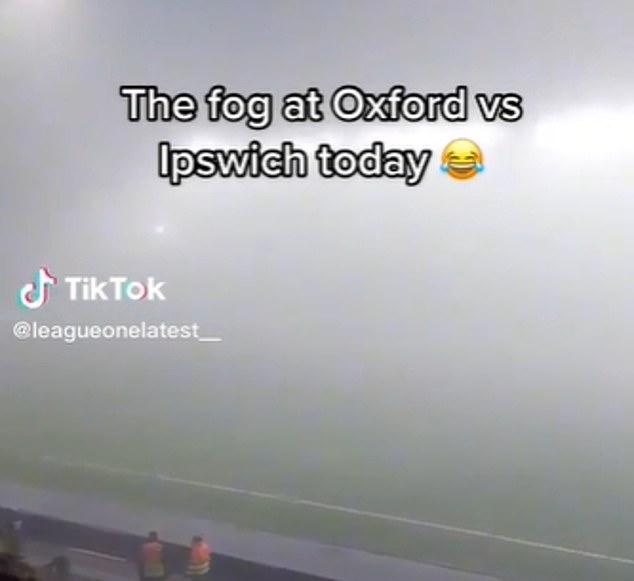 Footage on TikTok – already liked more than 50,000 times – shows the camera panning from one side of the pitch to the other with no players, the referee or the ball visible despite all the floodlights being on.

Both managers agreed the match should have been abandoned, insisting neither team could see the ball in the murky conditions.

Oxford’s Karl Robinson added: ‘If we’re being totally honest the game probably should have been called off but had it been we would have had a point. 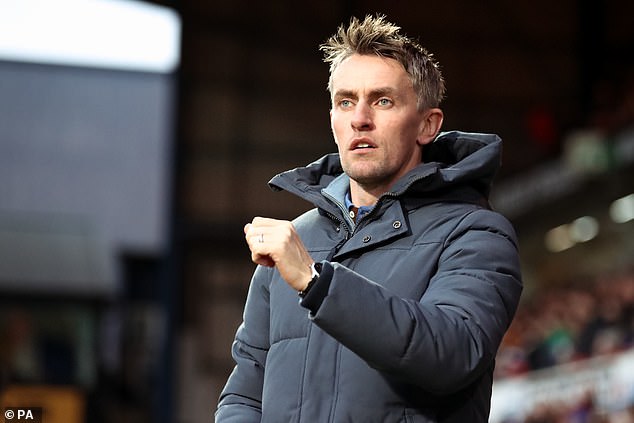 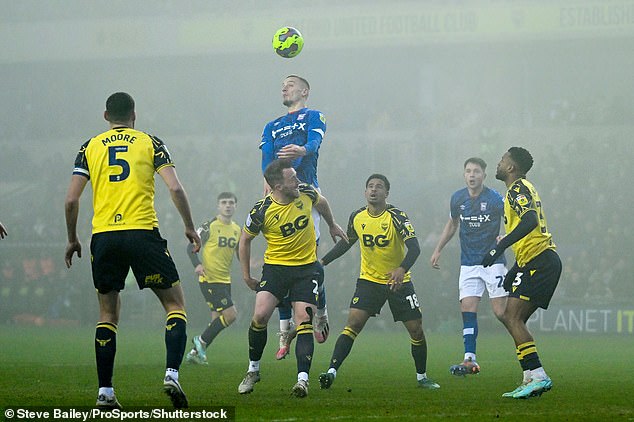 Hosts Oxford won 2-1 thanks to a late, long-range goal from midfielder Cameron Brannagan

‘Once they realised that if the game was called off the result would stand and that might then not be good enough for them to get in the top two, they wanted to carry on. From my point of view it was maybe the wrong decision that ended up being the right decision.’

Referee Bobby Madden had informed both managers that if the game was abandoned after the 75th minute, the result (at that time, 1-1) would stand.

Home midfielder Cameron Brannagan scored a long-range effort late on to secure all three points for the Yellows, with Ipswich goalkeeper Christian Walton likely to have been unsighted.

The result leaves promotion-chasing Ipswich in third, seven points behind Sheffield Wednesday in the automatic promotion slots, while Oxford climb to 10th, eight points off the play-offs.