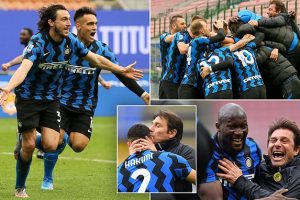 Inter Milan 1-0 Cagliari: Matteo Darmian winner causes Antonio Conte to sprint down the San Siro touchline in celebration as Nerazzurri move closer to a first Serie A title in a decade

Inter Milan continued their march to a first Serie A title in more than a decade by beat relegation-threatened Cagliari 1-0 on Sunday.

Defender Matteo Darmian scored the only goal of the match in the 77th minute as Inter found it tougher than expected against a side fighting for Serie A survival.

Inter boss Antonio Conte ran onto the pitch to celebrate with his players as the goal restored Inter’s 11-point lead over second-placed AC Milan, who won 3-1 at Parma on Saturday. 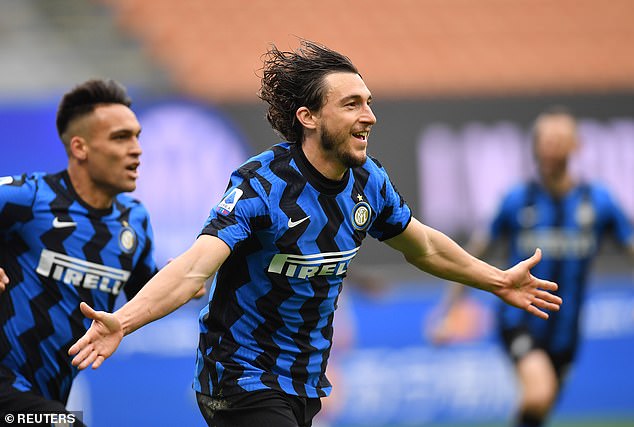 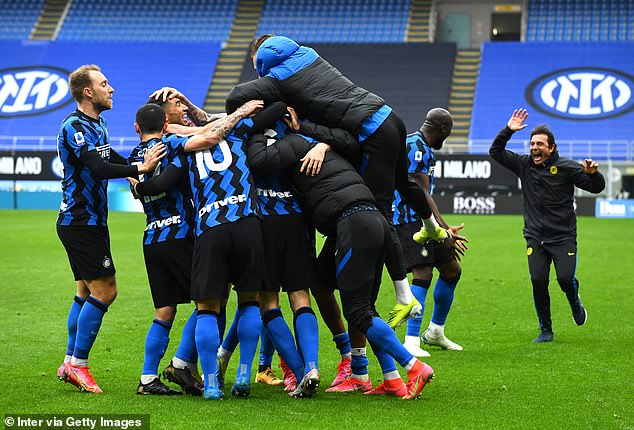 Third-place Juventus hosts Genoa later. Victory would still leave the nine-time defending champion 12 points behind Inter, who are bidding for a first league title since 2010.

Vicario’s first save was a tough one in the 11th minute but he managed to push Christian Eriksen’s powerful attempt out. 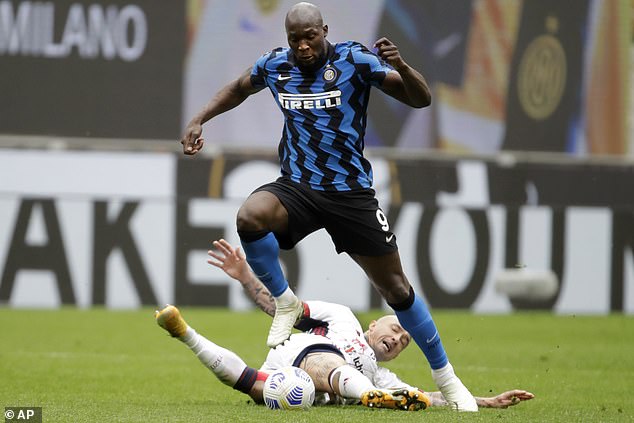 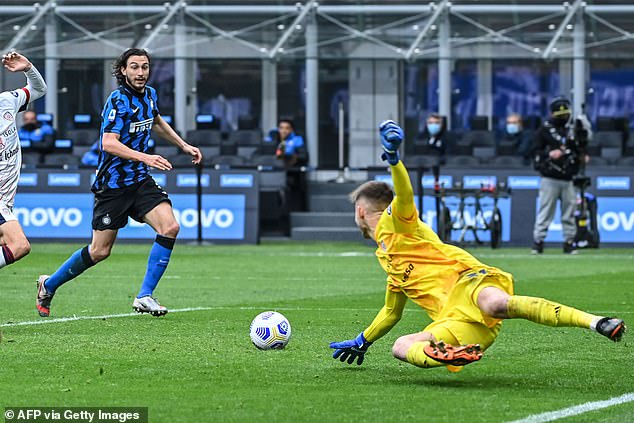 Inter had the best chances but Vicario managed to keep the score goalless, while Samir Handanovic was barely testedat the other end.

Stefan de Vrij headed a corner off the bar in the 69th and Inter finally found the breakthrough shortly after.

Achraf Hakimi played a one-two with Romelu Lukaku on the right side of the area before rolling across for Darmian to slide in at the back post and fire in from close range. 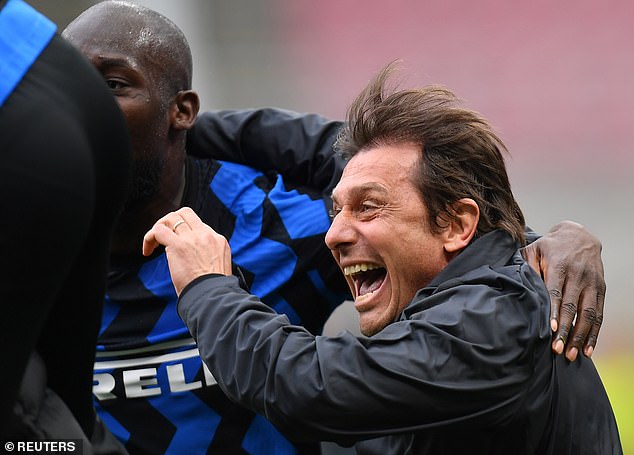 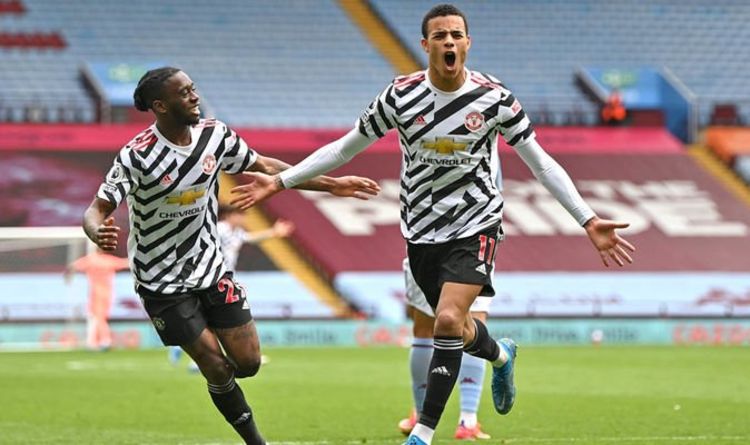 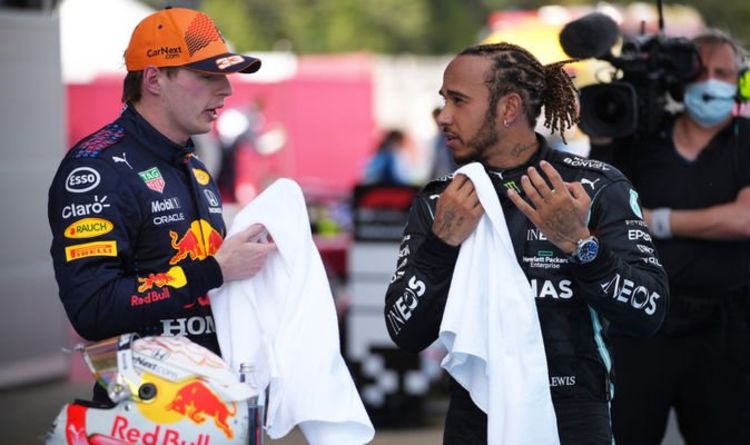