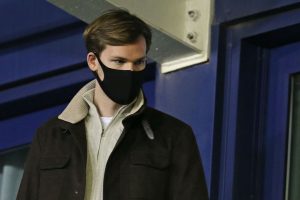 Sunderland could soon begin a charge back up the leagues with Kyril Louis-Dreyfus’s takeover having finally been approved by the EFL.

The Frenchman had previously reached an agreement to buy Stewart Donald's controlling interest and has now secured majority shareholding.

Louis-Dreyfus brings a famous connection and plenty of wealth to the Stadium of Light with Sunderland looking to get out of League One.

They currently sit seventh in England’s third tier, one point off the play-off places, with Louis-Dreyfus becoming chairman with immediate effect.

Despite being just 23, Louis-Dreyfus takes over with plenty of cash in his back pocket, and probably his front ones too.

He is one of three children to the late Swiss-French Businessman Robert Louis-Dreyfus, who died in 2009 after a long battle with leukaemia.

Robert was CEO at Adidas and majority shareholder at Marseille with the new Sunderland owner inheriting a third of his father’s fortune.

Kyril Louis-Dreyfus is also estimated to have a trust fund worth more than £2bn held by his mother.

Kyril’s mother Margarita Bogdanova is considered the richest Russian woman on the planet, with Forbes estimating her to be worth £4.1bn.

Donald, Juan Sartori and Charlie Methven are each retaining a minority shareholding in Sunderland with Louis-Dreyfus having been in attendance for a few of Sunderland’s recent matches.

The new owner also has a famous TV relative with Robert Louis-Dreyfus being cousins with American actress and Seinfeld star Julia Louis-Dreyfus.

Julia won a Golden Globe Award during her time on the US sitcom as well as receiving plenty of nominations for a number of gongs.

Her father Gerard Louis-Dreyfus is a billionaire and former CEO of global merchant firm Louis Dreyfus.

Kyril Louis-Dreyfus has worked for his role at the Black Cats though, beginning to study sport and business management at the Leeds Beckett University in 2017.

He moved to Richmond, London, for his second year and has previously been photographed alongside Lewis Hamilton and Floyd Mayweather.

Upon securing the takeover, Louis-Dreyfus said: "I would like to thank Stewart, the Board of Directors and the EFL for their diligence and support throughout the recent process.

“I am proud to become a custodian of this esteemed institution, but I also recognise the significant responsibility that comes with it.

"Today marks the start of an exciting new chapter in Sunderland AFC's history and although the current landscape facing football dictates that there are challenges to overcome, I am confident that together we can weather the present storm and put solid foundations in place to bring sustainable and long-term success to the club."