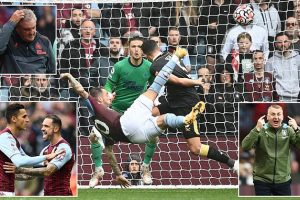 While this felt like the break of a new dawn for Aston Villa, everything stays the same for Newcastle United.

Mike Ashley is owner. Steve Bruce is manager. And a team of talented-enough players lose matches in which they should be doing better.

Villa – minus Jack Grealish for the first time on home turf – weren’t great. They didn’t have to be. That is too often the way against Newcastle, who amounted to less than the sum of their parts. 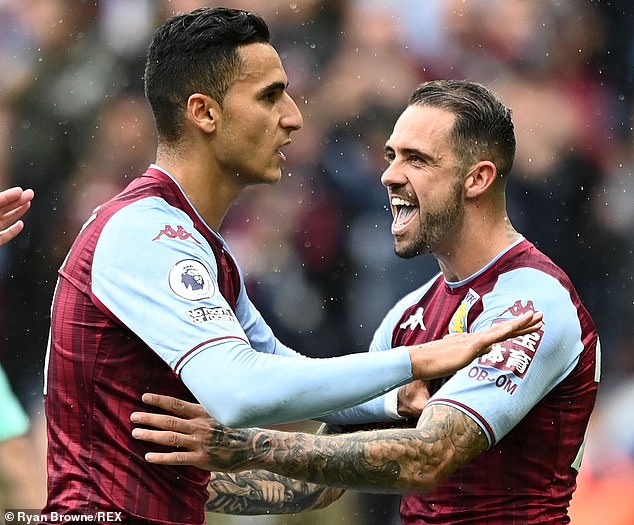 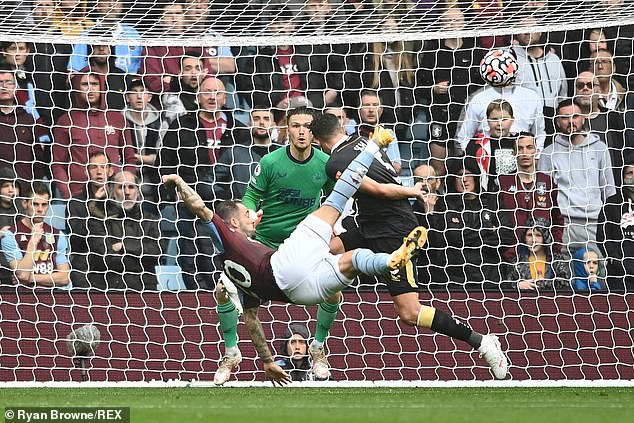 Two defeats from two matches does not spell crisis. They will respond with a victory at some point – no doubt inspired by Callum Wilson or Allan Saint-Maximin – and they are capable of a run of results to pull clear of the bottom three in which they now reside.

But that is the point – nothing changes. Already this has the feel of another season in which the football club is existing to exist, surviving to be sold.

Bruce has been afforded a honeymoon period given the fans – so happy to be back inside stadiums – have seemingly little appetite for protest right now.

That was evident during the 4-2 home defeat by West Ham on the opening weekend, when the atmosphere was one of rejoicing as opposed to rancour. 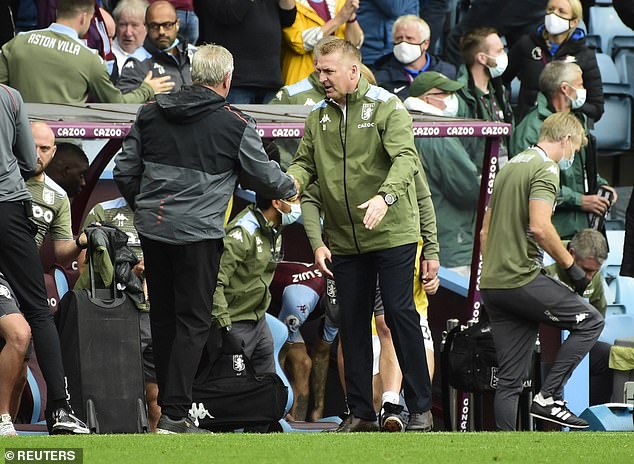 The same again here – there was no sign of uprising against ownership or management, just support for the team.

But the ceasefire will prove temporary if performances like this persist. Fans do not agree with Bruce’s claim of seeing plenty about which to be encouraged.

They had one shot on target against a Villa side who were out of sorts and, on the back of a second-half capitulation versus the Hammers, it would appear several of the team have started the campaign some way short of peak fitness.

There have been moments of promise, and that is because there is quality in the form of Wilson, Saint-Maximin and Joe Willock, although the latter looked off the pace on his first appearance since re-joining from Arsenal in a £25million deal.

He was not alone. It was as if Newcastle emptied after half an hour of control. Energy levels, as well as some heads, dropped and there was an angry inquest among one or two after Danny Ings scored the opener in first-half injury-time.

It was a spectacular bicycle finish, but the absence of any marking was the cause of the on-field inquiry.

Newcastle were not aided by VAR for the penalty that led to Villa’s second – scored by Anwar El-Ghazi – or an overturned spot-kick of their own for offside, but it was not the reason they lost here.

The reason for that lies in a summer in which the squad has not improved and two years under Bruce in which progress has been talked about but not really achieved. As ever with Newcastle, it all feels the same as last time. 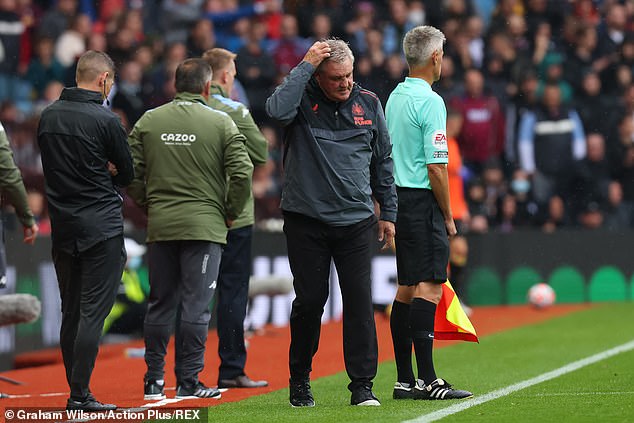 For Villa, though, it is all change. No Jack, no problem? Not quite. But Dean Smith’s side found a way to win, and Ings could prove the signing of the summer at £25m.

Fellow new arrival Emiliano Buendia, the £40m forward, buzzed around without finding his sting, while Ashley Young – a free transfer from Inter Milan – was steady enough at left back.

It remains a work in progress, then, and the home fans had to show patience here, which they duly did and were rewarded with Ings’ stunner.

Patience on Tyneside, meanwhile, will be in far less supply if afternoons like this continue.