Home » Imperious Toni Kroos outclasses Liverpool in game of yards, rather than inches

Imperious Toni Kroos outclasses Liverpool in game of yards, rather than inches 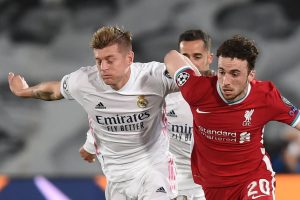 A game of yards, rather than inches, that gives Liverpool a significant gap to try and overcome for the second leg. That was the kind of space they afforded Real Madrid, who greatly exploited it, and could have won by much more.

Perhaps that’s some solace for Liverpool, maybe the set-up for something more. They’ll really need much more.

Accounts of Madrid’s demise have been overplayed. The ability of Toni Kroos has been under-appreciated.

The midfielder was the centre, very literally, of a supreme Madrid European performance.

If it sometimes feels a bit of empty mythologising to talk of how the club’s history in the competition fosters superior performances – the nous to suddenly lift it – this 3-1 win displayed the reality of it. It illustrated how the competition can bring more out of teams, in the manner that was probably expected from Liverpool pre-game.

The English champions just came up against one of the few sides with a greater European heritage than them. It all fed into this encounter.

Zinedine Zidane deserves real credit for that. It is often said – not least on these pages – that he merely facilitates Madrid’s talent. That might have been more true during the Cristiano Ronaldo-fired era of four European Cups, but this required more. And Zidane, for his part, probably has more of an understanding for the feel of this competition than almost anyone.

The grander reality of the Champions League is that it can be so exacting it can reveal greater truths, brutally expose weaknesses, brilliantly enhance talents. That is down to the very prestige of the nights, where little moments mean so much more, and there’s more at stake.

This match had a combination of all of them, that contributed to the final result, sometimes in the one player.

Kroos, for his part, was imperious. This was a great European display. That, however, was as much down to the baffling amount of space Liverpool gave him. 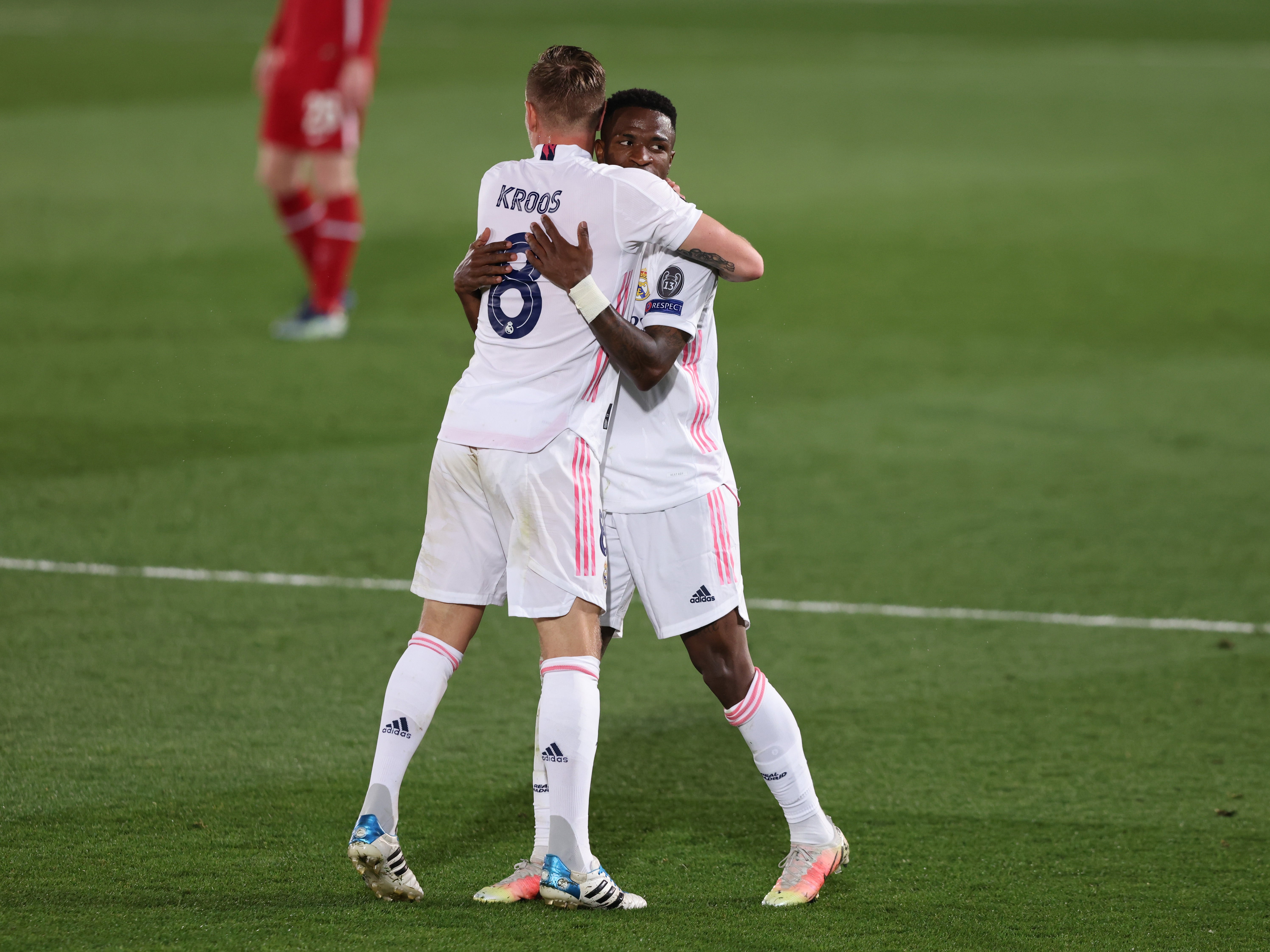 This is where Jurgen Klopp himself had a very bad night, as was almost inadvertently admitted through the decision to haul Naby Keita off for Thiago Alcantara before half-time.

The minutes before that had seen Kroos gifted the freedom of the midfield, in a way the inclusion of Keita’s energy was supposed to completely preclude. The absence of Roberto Firmino could also be pointed to, given this is the area he would usually patrol with supreme pressing.

This is why it was a game of yards, rather than inches.

For both goals, in an area of the pitch where Liverpool are usually hounding opposition sides into submission – especially in Europe – the German instead had an exclusion zone around him.

From that amount of freedom, and with the total absence of any kind of pressure to even impinge on his precision, he of course played 100% perfect passes. This is his great gift as a player, an almost mechanical level of accuracy. As he perhaps best displayed with that free-kick against Sweden in the World Cup, the ball generally goes exactly where he wants it to go.

That was emphatically the case with that glorious first pass, which simply demanded Vinicius Junior deliver.

The forward did complement that ball with an excellent piece of control on his chest. It made the move feel even smoother as it took both Liverpool’s centre-halves out of the game in one motion, before he so fluidly swept his foot to finish well. This was the kind of polish that you really associate with that gleaming silver trophy.

For the second goal, Kroos picked his space rather than his man, that led to a calamitous header from Trent Alexander-Arnold. Marco Asensio was left with the easiest finish.

Alexander-Arnold, however, almost a dreadful performance and a good one all in one.

The wing-back, like Liverpool, responded very well to that setback. He seemed transformed for a time in the second half. The sharpness of Liverpool made that tepid first half all the more baffling. It was an Alexander-Arnold exquisite pass that almost forced a second after Mohamed Salah’s strike, a product itself of impressive persistence.

It was his excellent intervention that seemed to save Liverpool for one Madrid break, to consolidate their comeback.

Instead, the slackness of this season remained. Klopp’s side didn’t keep up the intensity. They didn’t pick up their men. From the resulting corner, Madrid were almost able to walk it through them, with Vinicius scoring by fittingly playing it through Alisson Becker’s hands.

These were hardly the tightest of margins.

It means Liverpool have a big margin to overcome, without that Anfield crowd. The gap between the sides isn’t what many had imagined. Madrid, for all their recent faults, still have some players of the highest class.

Chief among them is Kroos. Liverpool gave him a baffling amount of space from which to show it.

This was the difference, ahead of a defining second leg.