Lazio striker Ciro Immobile claimed that Newcastle were keen on signing him before their botched takeover attempt.

There was talk of a huge £300m takeover from a Saudi consortium last year to take the club off Mike Ashley's hands.

However, discussions came to nothing, leaving Steve Bruce with a shoe-string budget to work with.

The Toon managed a respectable 12th place finish in the end, and there is further talk of a takeover this summer.

But it appears that Newcastle missed out on red hot striker Immobile due to a lack of funding last summer as he went on to score 36 goals in the Serie A last season. 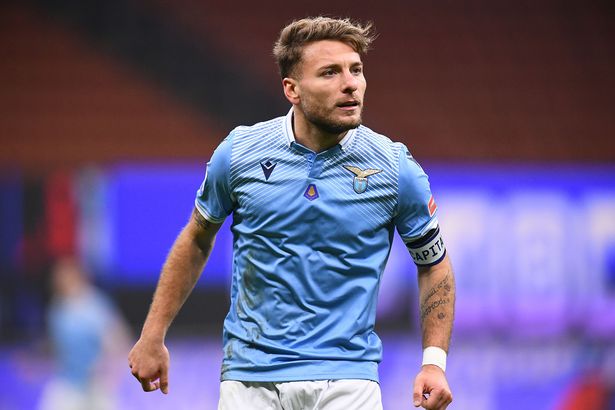 Making the claim about an approach from Newcastle, Immobile also insisted that they were looking to replace Bruce with a top Italian manager.

“During the period in which there was talk of the possible purchase of Newcastle by the Sheikh’s fund they called my agent, Alessandro Moggi,” Immobile told Corriere Dello Sport [via TEAMtalk].

“Then the Premier League did not approve that proposal, or the fund withdrew, I don’t remember well.

"I know they were also looking for an Italian coach, [Massimiliano] Allegri or [Luciano] Spalletti."

Immobile was linked with the move to Newcastle after the season of his life, having scored 36 goals in 37 games in Serie A.

The Italy international still managed to bag 25 times in all competitions last term, and even scored the second in his nation's 3-0 win over Turkey in the opening game of Euro 2020 on Friday night.

Speaking after the game, Immobile told RAI Sport: “Seeing the fans celebrate after all this time was wonderful, we finally got to come together after so long of this damned virus,”

“I think we showed patience this evening. Turkey are a strong side and caused problems for many top teams. We tried to tire them out in the first half, moving the ball left and right, trying to spread them.

“Unfortunately, we regularly hit their brick wall, especially as we’re not that good in the air. Turkey were more tired after the break, and after the goal they had to open up some spaces, so that’s when our quality emerged.

“Scoring a goal on the Euros debut in my stadium, it doesn’t get better.”