Ibrahimovic admits there in ‘interest in Europe’ amid LA Galaxy talks

Zlatan Ibrahimovic’s first season in Major League Soccer with the LA Galaxy was largely a success but European clubs are keen on bringing the Swede back to the continent.

The charismatic forward is under contract with the club for next season, but a few things have to happen if he is to return.

‘I have some wishes and demands which is simple things,’ Ibrahimovic said Tuesday as players had end of season meetings. 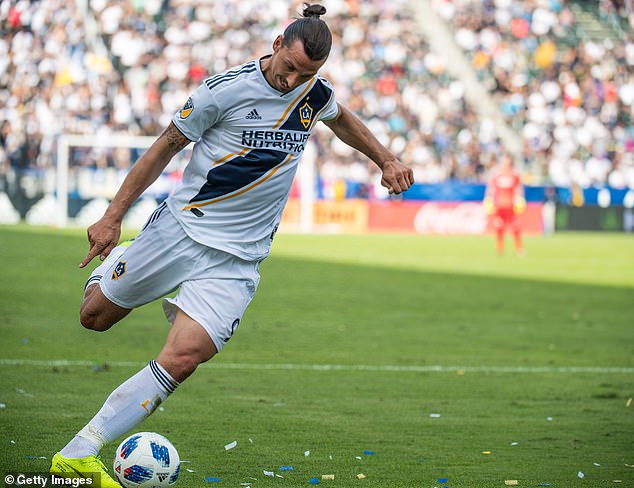 ‘There is interest in Europe, but my priority is Galaxy. They have wishes, I have wishes, but I’m optimistic and I’m positive.’

Ibrahimovic is a finalist for the league’s Most Valuable Player and newcomer awards after he had 22 goals and 10 assists in 27 games.

AC Milan have been the latest to express interest in bringing the striker back to Europe on loan, but he said he is not interested, admitting that if he is under contract to one club, he wants to devote his attention to that club.

Ibrahimovic made £1.1million this season, according to Major League Soccer’s Players Association contract figures. In order for him to earn more next year, the Galaxy would have to part ways with one of their three designated players.

Galaxy president Chris Klein said initial conversations with Ibrahimovic have been promising, and bringing him back is a top priority for the club.

‘What he did this year is certainly well documented,’ Klein said. ‘He wants to win and we want to win with him. Hopefully we can come to a resolution that is good for both sides.’

The only thing Ibrahimovic couldn’t do his first season in MLS was get the Galaxy to the playoffs. LA (13-12-9) would have earned the final spot in the Western Conference with a win in its final regular-season game but squandered a two-goal lead to Houston and lost 3-2. 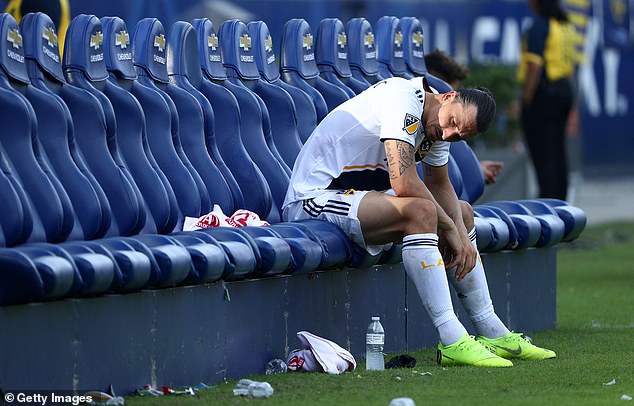 The club announced on Tuesday that they fired vice president of soccer operations Pete Vagenas. Klein said he hopes to have that spot filled soon. Former Galaxy and US national team coach Bruce Arena is believed to be a candidate.

They also have to decide on a head coach. Dominic Kinnear was 3-2-1 after replacing Sigi Schmid in early September and drew positive reviews from most players, including Ibrahimovic.

‘I think the season was like a roller coaster. Hopefully we make it better because that is the target,’ Ibrahimovic said.

‘I want to be able to challenge for the trophy. Like I said, I’m not here for a vacation, I’m here for the challenge and I want to feel my team has a chance to be the best in MLS. I am the best, but I want to feel like my team can compete against the others.’