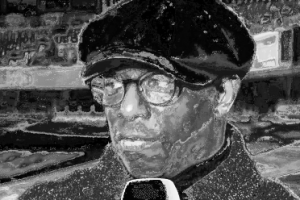 Arsenal began their defence of the FA Cup with a hardfought win over Newcastle but, worryingly for Ian Wright, Mikel Arteta was against forced to rely on the young players who have helped turn the club’s fortunes around in recent weeks.

Arteta opted to rest Emile Smith Rowe and Bukayo Saka from the start, but was forced into a change prior to kick-off when Reiss Nelson was promoted from the bench after Gabriel Martinelli suffered an injury in the warm-up.

Arsenal subsequently produced a disjointed display and only began to carve out opportunities once Saka and Smith Rowe were summoned from the bench in the second half.

The Croydon-born playmaker broke the deadlock in the second period of extra-time with superb low strike, before captain Pierre-Emerick Aubameyang made the game safe shortly before the final whistle.

Wright was delighted to see Smith Rowe contribute to a fourth win in succession, but fears Arteta’s reliance on a core group of players represents a major concern.

He told the BBC: ‘I’m pleased for him because he had to find a way. He brought the young guys in and with their enthusiasm and energy (they’ve improved).

‘And obviously Emile Smith Rowe’s quality in that area of the field where we haven’t got too many players in there that can do what he does, links the play it’s coincided with the wins.

‘He’s finished the game today with the team that’s probably been involved in those wins so his problem is now the depth.’

On Smith Rowe’s growing importance, Wright added: ‘We had Xhaka and Elneny and they are deep, they need somebody in that middle of the pitch who is on the half turn so he can link with the midfield and the forwards.

‘He’s the kind of person who wants the ball in there and can then progress it forwards.

;That’s what we didn’t do in the first half and what we haven’t done in the previous games to the ones we’ve won.’