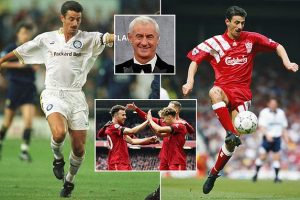 Ahead of Leeds’ clash with Liverpool, Ian Rush reflects on where it all went wrong for him at Elland Road, whether he believes the Reds are favourites for the Premier League… and why he would love to have played against modern defenders

When Ian Rush was asked to play on the right-hand side of Leeds United’s midfield after George Graham replaced Howard Wilkinson, the Liverpool legend knew he had problems.

Rush, then 34, had moved to Elland Road in the summer of 1996 at the end of a glorious Anfield career which harvested a club-record 346 goals over two spells.

The former Wales striker rejected offers from Sunderland and Manchester City to join Leeds on a two-year contract with the lure of being groomed as Wilkinson’s eventual successor. 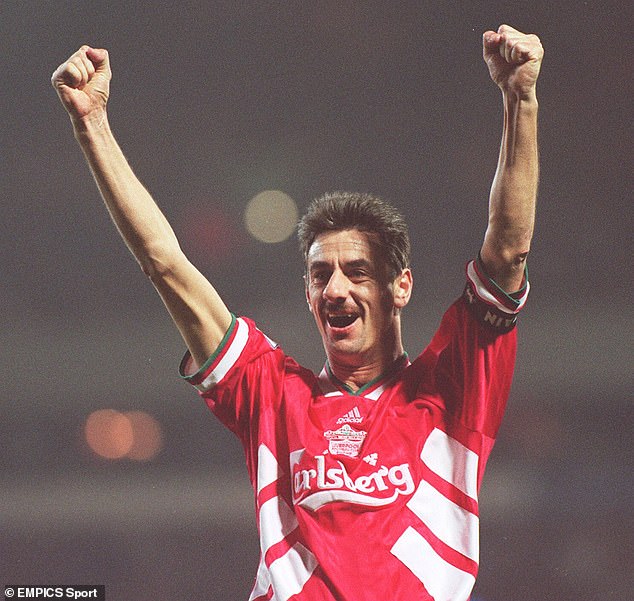 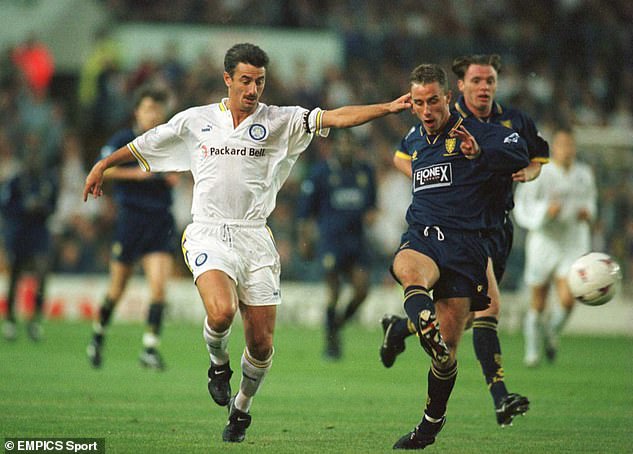 However, his time at Elland Road fizzled out after George Graham replaced Howard Wilkinson

The plan, however, went badly awry when ‘Sergeant Wilko’ was sacked just five games into the season and replaced by Graham, the uncompromising ex-Arsenal boss.

Rush remembered: ‘Howard was an incredibly astute manager and had guided Leeds United to the First Division title in 1992.

‘He had extremely high standards and, tactically, he was excellent so the idea of playing under Howard and becoming his protégé massively appealed to me.

‘The plan was to play at Leeds for two years, work towards my UEFA Pro Licence and – if everything worked out – Howard would move upstairs and I would take over as manager.

‘That was the intention but everything changed completely when he got sacked in September 1996 after a 4-0 home defeat to Manchester United.

‘New owners had come in at Leeds and, even though I only worked with Howard for three months, I learnt so much during that time and was absolutely gutted when he left.

‘Howard had made me captain but George Graham came in and we didn’t see eye to eye.

‘George wanted myself and a few other players out in order to build a new, younger team and he made David O’Leary his assistant.

‘When I got asked to play right midfield, I think George thought I wouldn’t do it. 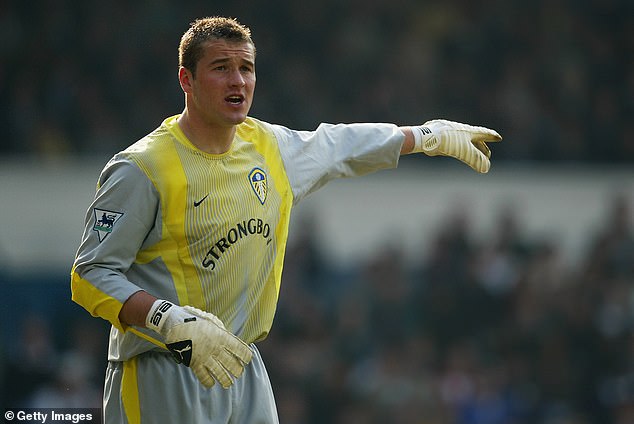 ‘I was professional enough to do so but, with my experience, I wasn’t happy with how it was done.

‘I believe I could have helped the youngsters at Leeds – fantastic prospects such as Ian Harte, Harry Kewell, Paul Robinson and Jonathan Woodgate – had George allowed me to stay.’

In the pre-season of 1997-98, Leeds went on tour and Graham left Rush, Tomas Brolin, Tony Dorigo, Carlton Palmer and Tony Yeboah back in Yorkshire.

Rush then became reunited with Kenny Dalglish at Newcastle, adding: ‘I only scored three goals for Leeds, but not once did the fans get on my back because they knew I was trying my best. They loved it when I scored against Chelsea.’

Rush is delighted Leeds are finally back in the big time and he will be at Elland Road for Sunday’s clash.

The 59-year-old added: ‘Leeds are a great club, and always will be, with fantastic supporters who deserve to be in the Premier League. 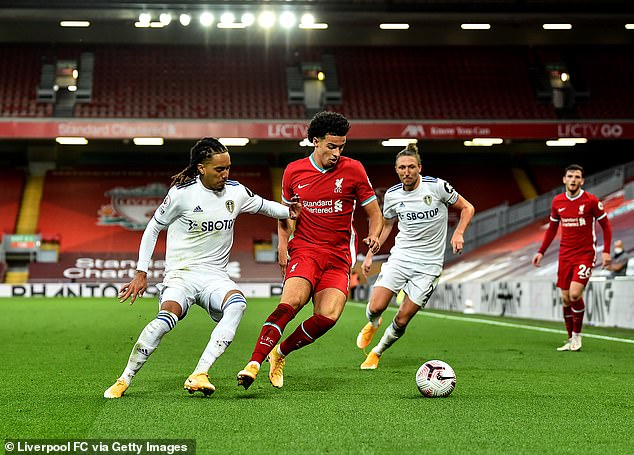 ‘Last season, they finished ninth and I was at Anfield when they gave Liverpool a brilliant match.

‘Any team going to Elland Road is in for one hell of a game and I’m expecting goals this weekend because neither team will change their way of playing.

‘Hopefully everyone can go home afterwards, regardless of the score, and say ‘that was a cracking football match’. I think there’s every possibility that will happen.’

Rush believes Jurgen Klopp’s side could yet emerge as title challengers this season, adding: ‘Manchester City are obviously the team to beat.

‘Liverpool are the underdogs but they like that and having Joe Gomez, Jordan Henderson and Virgil van Dijk fit again is like signing three new players.

‘If they can stay fit, there is no reason why Liverpool can’t challenge for the title. 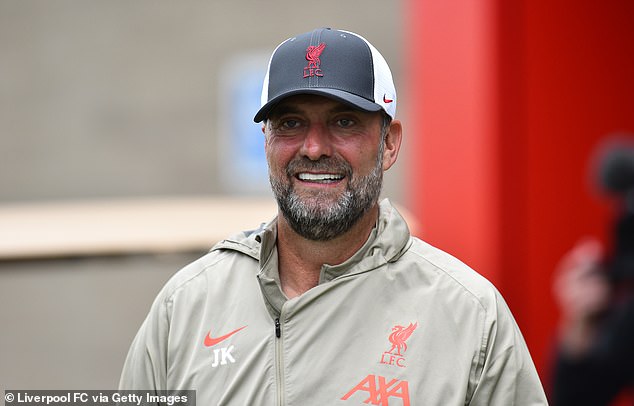 ‘I know Leeds’ owner, Andrea Radrizzani, and they will be looking towards Europe in the coming seasons.

‘You’ve got the top four teams but there will always be a surprise somewhere – why not Leeds?

‘Patrick Bamford had an excellent season last year and I rate him very highly. He has not only scored goals in the Premier League, but his work-rate is fantastic.

‘He’s just the sort of player Marcelo Bielsa loves as he puts the opposition under pressure.

‘Defenders like to think they can play and won’t boot the ball into the stands anymore.

‘I’d have loved to have played now because I’d score all the time – and most of my assists would probably come from opposition defenders!’

Klopp, meanwhile, recently confirmed that Liverpool are in talks to extend Mohamed Salah’s contract, which has less than two years left to run. 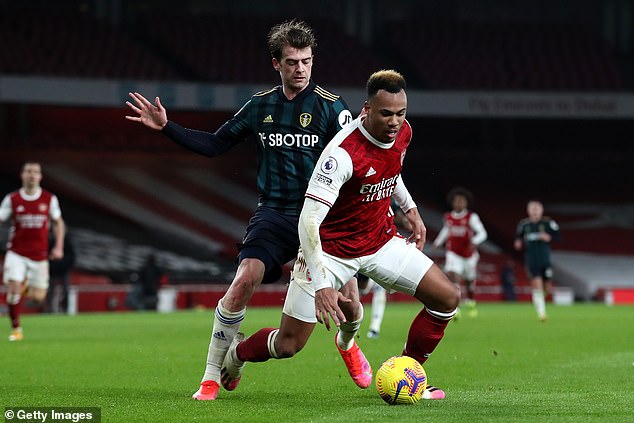 The 29-year-old Egyptian striker is already one of the highest earners at Anfield and a new deal would make him the best-paid player in the club’s history.

Rush added: ‘Everyone wants Salah to stay and I think there is a good chance he will because if he goes anywhere else, he won’t get the support he gets now.

‘Other supporters might like him, but Liverpool fans love him and that could be a deciding factor.’