Mesut Ozil hailed Arsenal’s ‘sexy football’ as he captained his side to a 3-1 victory over Leicester City – but Graeme Souness is yet to be convinced by Arsenal’s captain for the night.

Arsenal moved to within two points of table-topping Manchester City and only Pep Guardiola’s side have scored more than Arsenal’s 22 goals from nine games.

Arsenal have now won seven Premier League games in a row and are on a 10-match winning streak ahead of the Europa League trip to Sporting Lisbon on Thursday night as they chase down a club record 14-game run of wins.

‘I think we played some sexy football tonight,’ Ozil tweeted alongside an image of him celebrating his equaliser. ‘Proud captain of this team and this club!’ 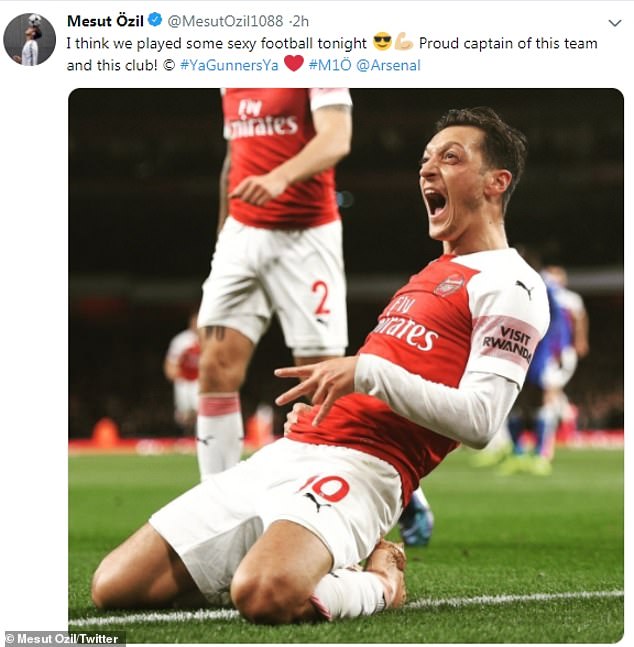 Mesut Ozil tweeted his delight after the game, labelling Arsenal’s football as ‘sexy’ 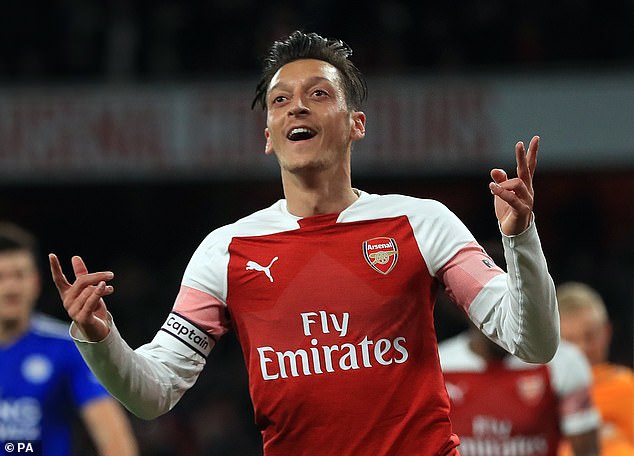 Arsenal’s captain for the night scored one goal, made one goal and played a part in the other

Ozil had a hand in the second goal and created the third but Sky Sports pundit Graeme Souness challenged him to produce the goods against the top teams.

‘When Arsenal are not dominating games he’s absent,’ he said.

‘With the utmost respect to Leicester these are not the games that you want to be judging them on. The big games that really matter, where the big players are the ones who make the difference to win you those games and I don’t think in his career that he’s done that enough times.

‘His football was excellent, he’s got a football brain and technique that few people have. He does go missing in games where Arsenal don’t dominate the ball and in thew big games I’d question if he’s turned up.’

Fellow Sky pundit Jamie Carragher was impressed by German’s display, but also said it was the kind of performance he wishes he put in more often.

‘He’s the big name player, he’s signed a huge contract,’ Carragher said, reflecting on the game. ‘I think early in Emery’s reign he brought him off at Chelsea, he wasn’t happy and we were critical of him after the game. 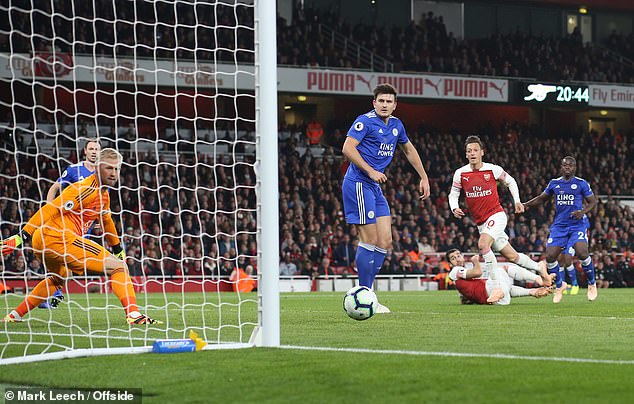 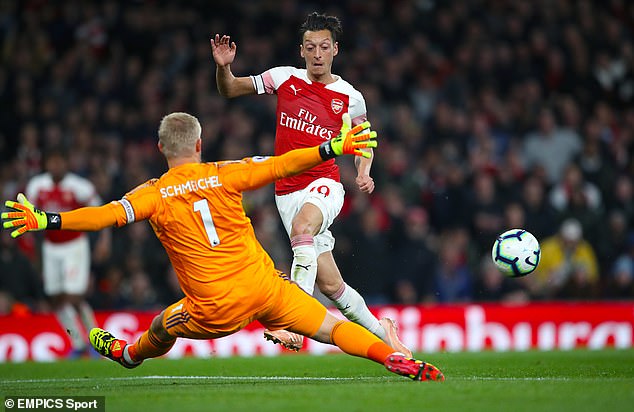 ‘It was looking early on in the season that Emery was not sure. This manager is not afraid to leave out the big name. Ozil gets the big bucks so you want the big performances and that was a huge performance.

‘I think we’ve always looked at him in the big games but there’s no doubt he’s a special talent.

‘I know there’s Arsenal fans who think people like us have something against Mesut Ozil. It’s not that, we want to see this. That is unbelievable. You want to see more of that, he’s a World Cup winner.

‘You always wondered when he came to Arsenal could he be that Bergkamp figure. That signing of Bergkamp revolutionised the club and took them to titles.

‘I wouldn’t say it’s his fault but I thought he could be that player that takes Arsenal to that next level of the title, winning the Champions League. It hasn’t quite happened really but there’s no doubt at the end of his Arsenal career there’ll be a highlights video of goals and assists that will take your breath away.’ 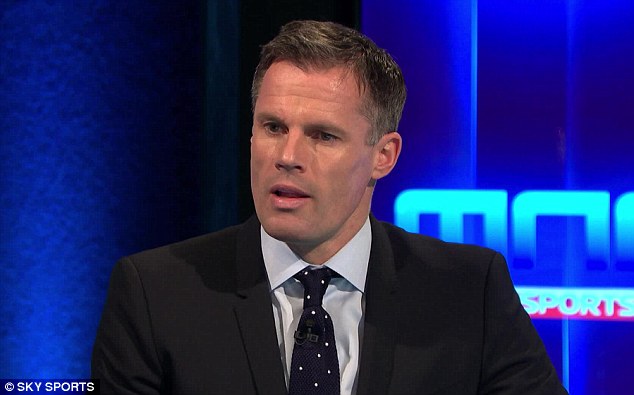 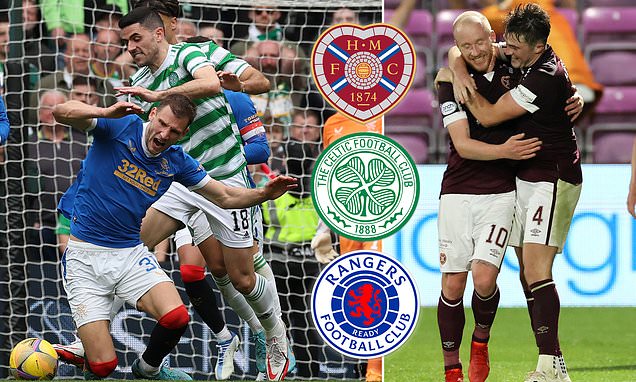 Rangers, Celtic and Hearts demand to enter B teams into Lowland League