Hull tie down Alfie Jones to a new deal 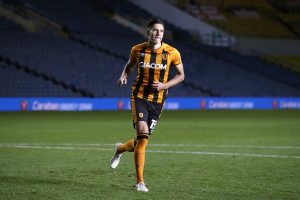 Alfie Jones has signed a new two-year deal at Hull with the club having the option of a further year.

The centre-back made 39 appearances in all competitions during his first season with the Tigers after joining from Southampton in September.

The 21-year-old started the final 15 games of the campaign, as Hull went 14 matches unbeaten on their way to becoming Sky Bet League One champions and earning promotion to the Championship.

Speaking to Hull’s website, head coach Grant McCann said: “We’re delighted to tie Alfie down on a longer deal. Alfie’s performances have been at a consistently high level since joining the club.

“With him being in the option year of his contract, it was important we got him signed up for longer.”