How Orient are emulating Tuchel and Conte as Tom James shines 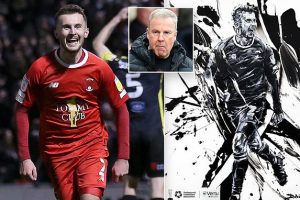 If you thought flying wing-backs were exclusively the preserve of top-level managers like Antonio Conte and Thomas Tuchel, then think again.

Just a few miles away from Tottenham and Chelsea, another London club are hoping football’s most fashionable tactical trend will also deliver them success.

Kenny Jackett’s Leyton Orient might not quite have the same glamour but the League Two outfit are slowly building themselves up to a promotion challenge. 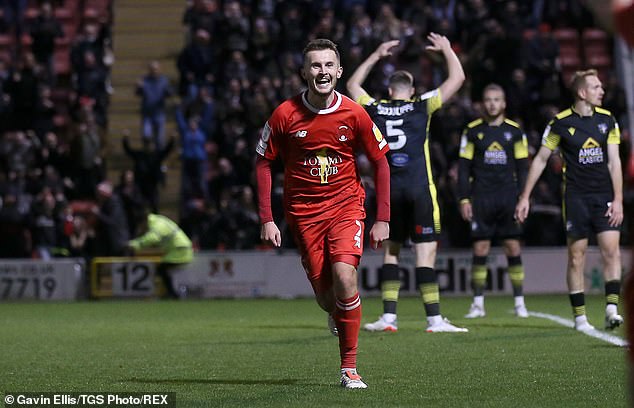 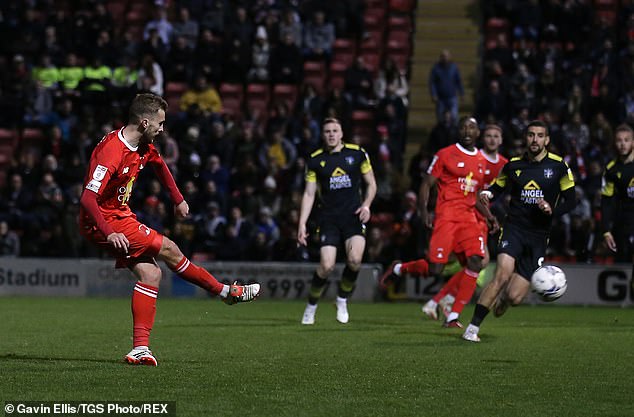 Key to their progress this season has been Welsh right-back Tom James, identified by incoming manager Jackett back in the summer as someone with the skill set to excel in the wing-back role.

And the 25-year-old must be doing something right. He as voted PFA Vertu Motors League Two Player of the Month for October following a supporter poll.

Wing-backs aren’t generally known for their scoring abilities but James netted in a 3-2 defeat at fellow promotion hopefuls Port Vale and again in a 5-0 thrashing of Hartlepool United during October.

Another goal in Saturday’s 4-1 win over Sutton United, which lifted Orient to sixth in the table, made it four goals and four assists for James since his summer move from Hibernian.

‘I’m a big fan of it because it gives me a lot of licence to get forward. All the fun is at the top of the pitch,’ James tells Sportsmail.

‘I’ve grown up pretty much playing as a right-back who likes to get forward and get involved with the attacking. 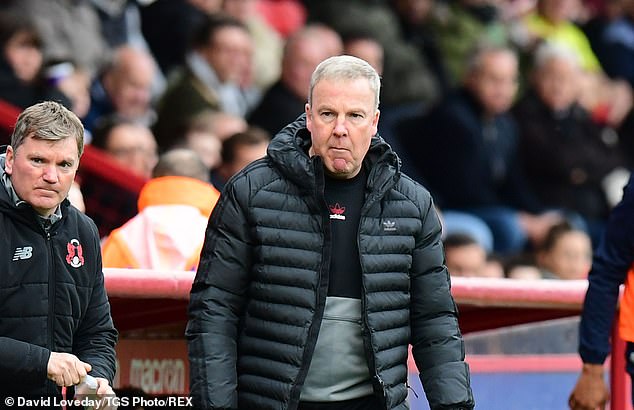 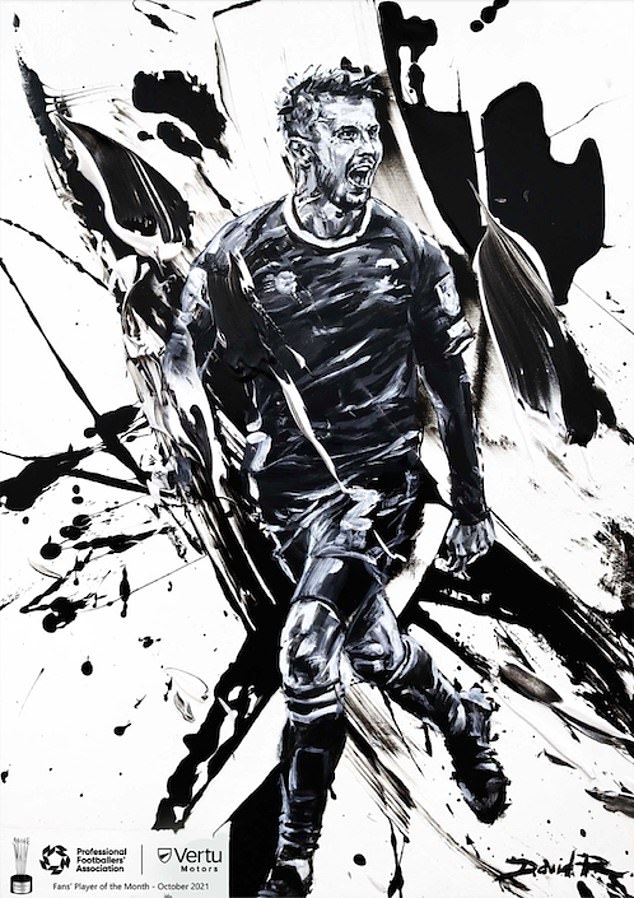 ‘Me playing wing-back gives me a starting position that is 15-20 yards higher and even more chance to get involved with the forwards.

‘In the modern game, you have to be flexible and be able to play in different formations and positions.

‘You’re probably looking at a high percentage of players who have come out of academy football playing in the League now.

‘From my experience in the academies, you would play a lot of different formations based on the first team manager’s choices.

‘I think if you went back 10 years ago, it might have been a massive change to ask a right-back to go and be a right wing-back but now most players in most leagues would be comfortable doing that.’

Arguably the best right wing-back in the country is Reece James and his Orient namesake has been studying how the Chelsea and England star goes about his game with the aid of Jackett and his coaching team. 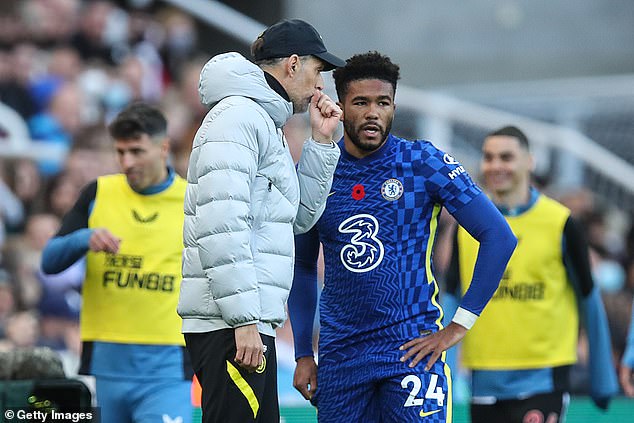 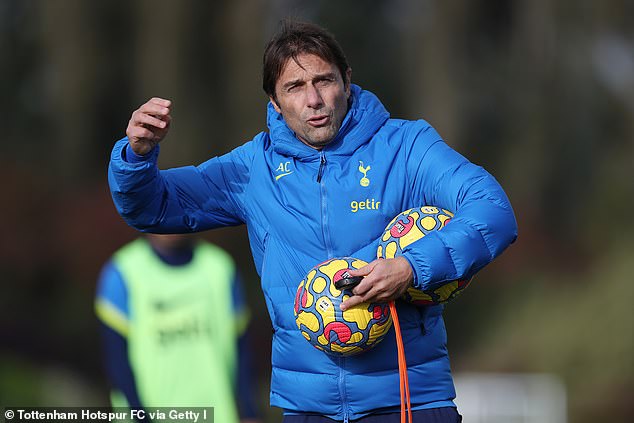 ‘It’s probably quite a common thing for manager to watch games from all types of leagues and different players,’ he said.

‘He has gone through different clips with me and the other wing-backs, like Connor Wood and Theo Archibald. Players in different leagues and how they have different traits and starting positions.

‘It was a big help seeing the different styles other players have because you can take little snippets of it and introduce it into your game.’

Jackett, 59, has promotions with Swansea, Millwall and Wolves on his CV and his appointment in May was quite a coup for Orient, a club seeking stability and progress after some turbulent years.

In 2014, the O’s were 35 minutes away from winning promotion into the Championship only to throw away a two-goal lead then lose on penalties against Rotherham in the Play-off final.

Disaster struck when the Italian businessman Francesco Becchetti bought the club from Barry Hearn and 12 months after that Wembley final they suffered relegation to League Two. 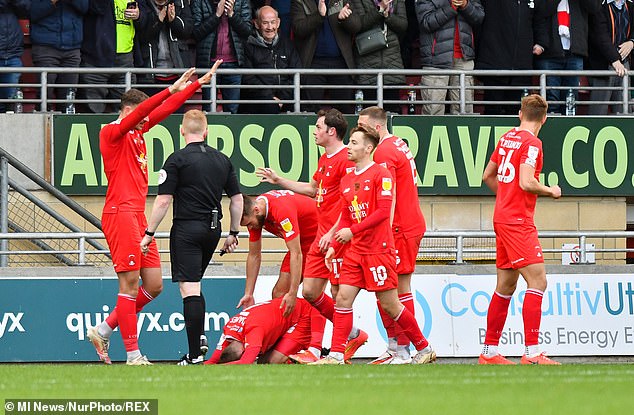 Things went from bad to worse two years later when their 112-year stay in the Football League ended amid financial turmoil.

Lifelong Orient fan Nigel Travis, the chief executive of Dunkin’ Donuts, rescued the club in 2017 and they won the National League in 2019.

Even that triumph was tinged by tragedy when manager Justin Edinburgh, 49, died following a cardiac arrest a few weeks after promotion was sealed.

But after a couple of pandemic-disrupted seasons of consolidation, Orient now feel ready and able to push for promotion, with the win over Sutton lifting them into the Play-off spots again.

‘From the time I came in, there was talk about promotion,’ said James. 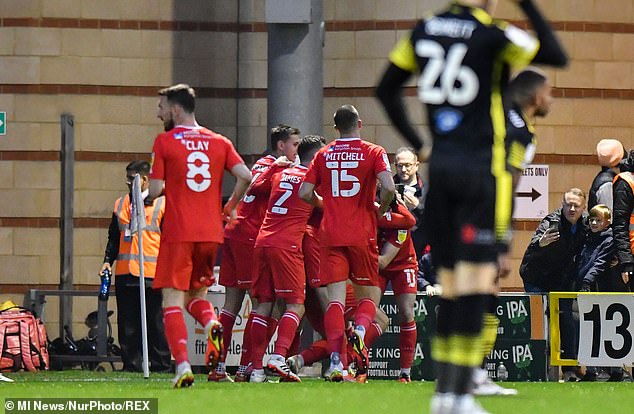 ‘The gaffer coming in, he is a very well known manager from higher divisions and it was quite a big turnaround in terms of players.

‘He brought in players he was looking at not just for this season but also next season if we did get promoted. He was bringing in players who could handle that league as well.

‘So for me personally, the players and the whole club, the aim is promotion. I’m an ambitious person, I want to play at the higher levels and, first and foremost, help Orient get there.

‘It’s in a great part of London with a good fanbase. Every week we have a good turnout and I’ve been impressed by the passion of the fans.

‘They deserve to be in a higher league and I want to help with that.’

Salah makes it two in a row

Liverpool star Mohamed Salah scooped the PFA Vertu Motors Premier League Player of the Month award for the second time in a row.

Having won September’s inaugural prize, the Egyptian was also voted October’s best player in the top-flight by supporters after goals against Man City and Watford then a hat-trick in Liverpool’s sensational 5-0 win over Man United.

Fulham’s prolific forward Aleksandar Mitrovic once again triumphed in the Championship vote while Rotherham’s Michael Smith won in League One and Orient’s James in League Two. 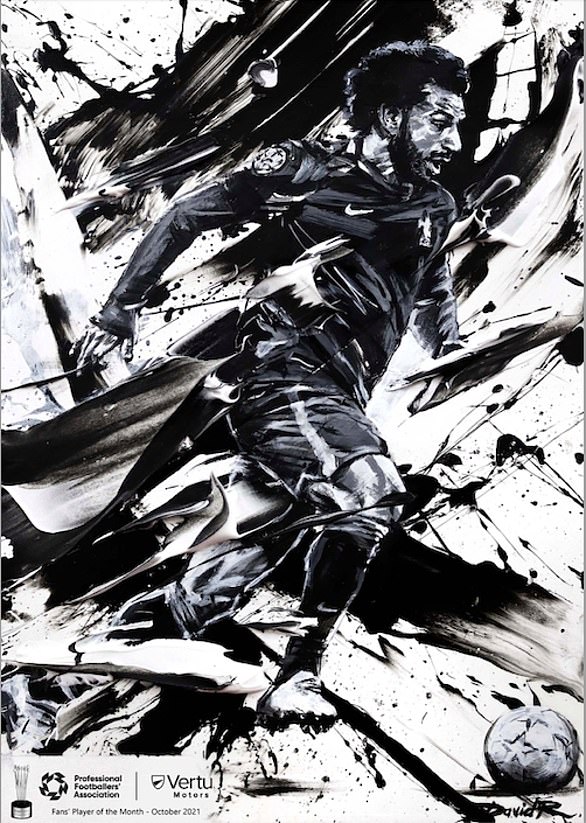