‘He was dead’: Borussia Dortmund boss Lucien Favre defends decision to bench Jadon Sancho for draw at Freiburg as he likens their hectic schedule to ‘an English week’

Sancho, 19, still made an impact when he came off the bench just after the 60th minute and assisted a goal for Achraf Hakimi that was cancelled out by Manuel Akanji’s late own goal.

Th ex-Manchester City youngster has had a superb start to the season for Dortmund, contributing three goals and five assists in seven Bundesliga games. 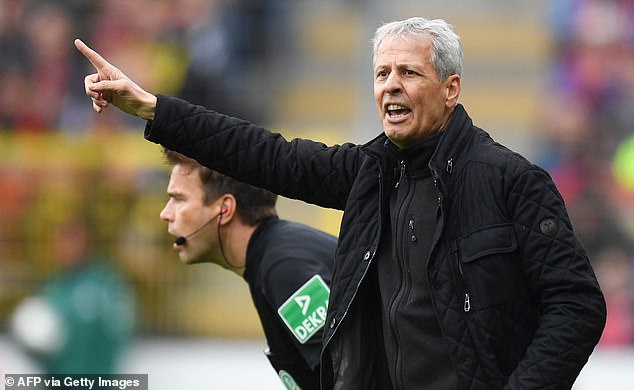 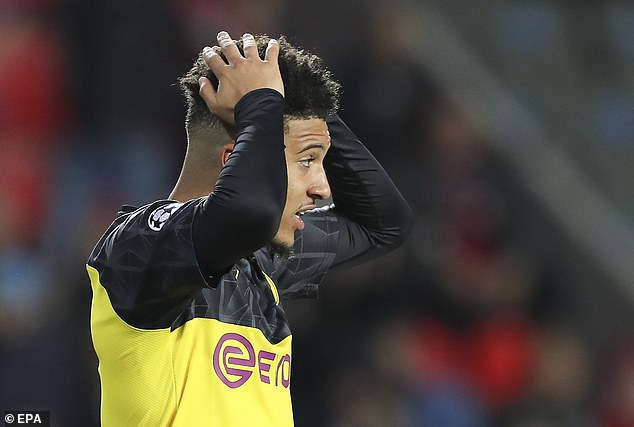 However, fixture congestion meant the Freiburg match was Dortmund’s third game in seven days and Favre explained the winger was too fatigued to start the match.

‘He was dead and he needed a break because he had played all the games so far. We had an English week, he played everything,’ Favre said after the 2-2 draw.

‘He is 19 years old and it is completely normal. He knows he’s a bit tired and needs a little break. It’s not easy to do the English weeks. It’s part of it, it’s our job.’

Dortmund took the lead through a stunning Axel Witsel volley, but the hosts equalised early in the second half with Luca Waldschmidt getting on the score sheet. 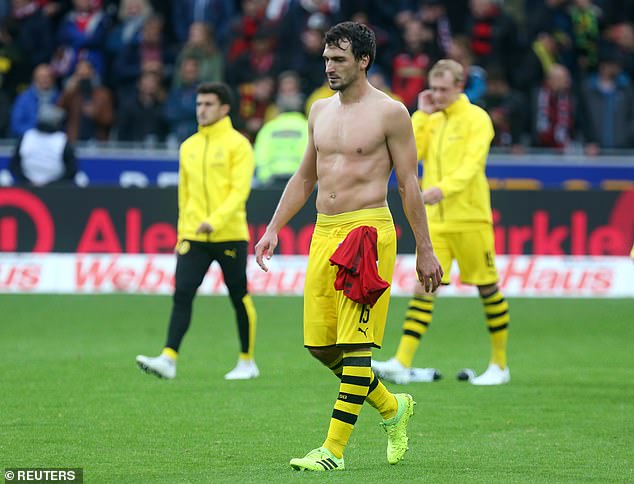 After taking the lead twice in the match and failing to get three points, Favre admitted his side could have done more to win.

‘You don’t get many chances to score. We’ve made mistakes in pressing, in conquering the ball. There was no aggressiveness,’ he said.