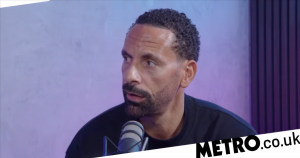 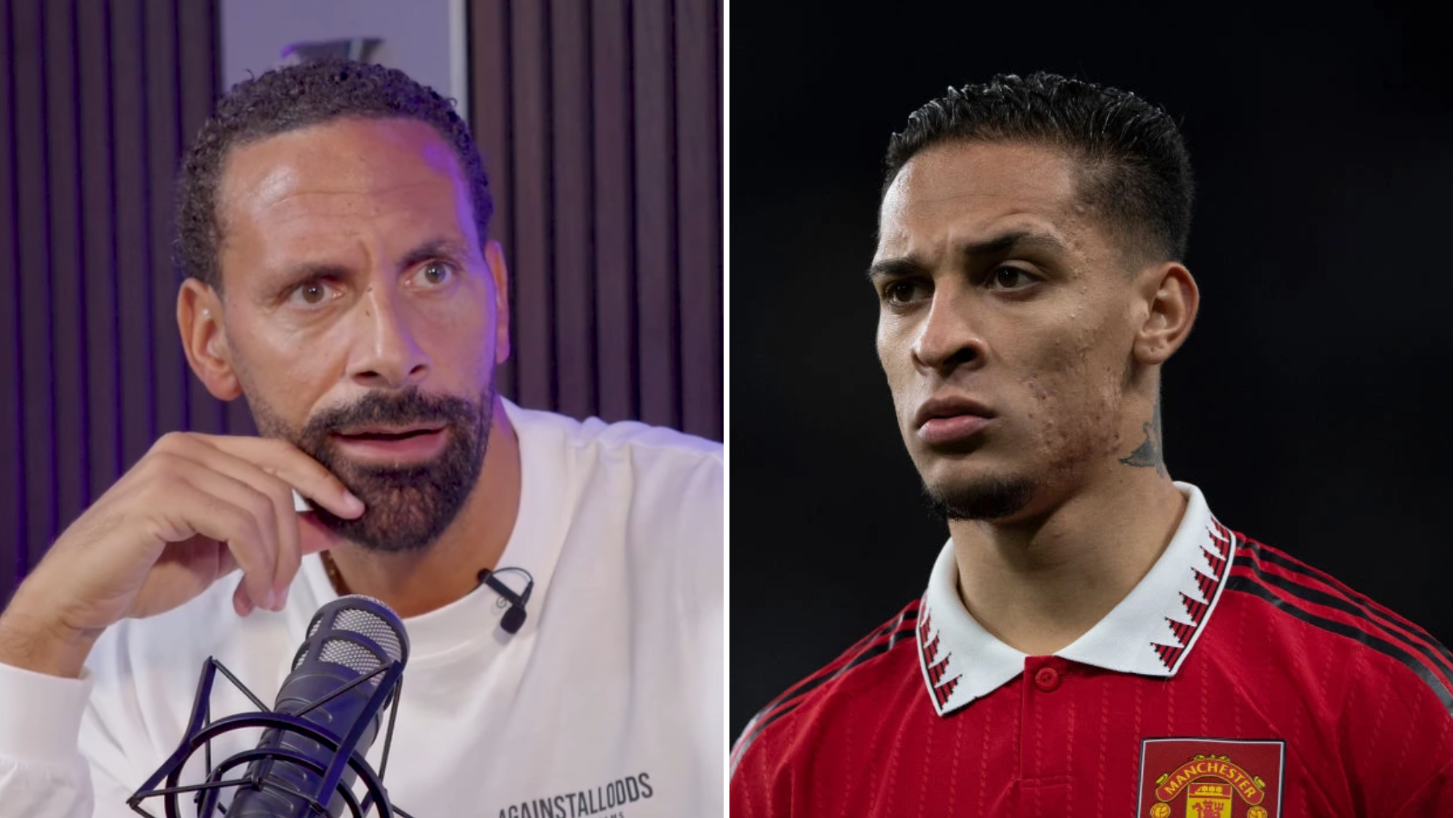 Rio Ferdinand has heavily criticised Antony’s performance in Manchester United’s 3-2 defeat to Arsenal on Sunday and says he is ‘concerned’ by his inability to go past players.

The Red Devils took an early lead at the Emirates through Marcus Rashford but were pegged back by goals from Eddie Nketiah and Bukayo Saka – with Arsenal’s wingers, in contrast to Antony, causing havoc down the flanks.

Lisandro Martinez headed United level midway through the second half but Arsenal lay siege to the visitors’ goal in the closing stages and eventually found a deserved winner through Nketiah.

Antony offered little as an out-ball for United and was kept very quiet by Oleksandr Zinchenko, with Ferdinand becoming increasingly concerned by the Brazilian’s lack of explosiveness and ability in one-v-one situations.

Speaking on his FIVE YouTube show, Ferdinand said: ‘The concerning thing for me with somebody like Antony is that he can’t beat anyone – and for a Brazilian that’s surprising!

‘He just doesn’t beat anyone and I’m sitting there thinking, “Was that always the way?”

‘I’ve seen clips of him when he was at Ajax and he was somebody who used to beat people.

‘I saw [Thomas] Partey – who I wouldn’t put down as like a roaster, a sprinter – absolutely burst past him, and I’m thinking, “Woah, he [Antony] hasn’t got much power in them legs!”

‘Even Zinchenko, he’s a great player, great footballer, but defensively you get him one-v-one and you’re a wide-man, you should feel, “I can get hold of this guy and I can deal with him”.

‘You want a winger to be going past full-backs without any hesitation at all and with Antony, as much quality as he has on the ball and his technique and stuff like that, [he doesn’t get past players].

‘When I played with Nani, Cristiano Ronaldo, Ryan Giggs, Antonio Valencia, even Ji-Sung Park would get past the full-back. Not just by going past them but he’d play it and run and get the other side of them.

‘I want to see that from Antony. Listen, its his first season so you’re going to have to give him a bit of time, doesn’t matter how big the price tag is, but I need to see more glimpses of that.’