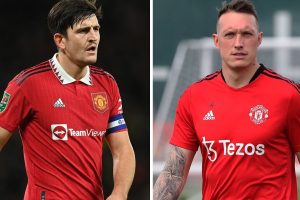 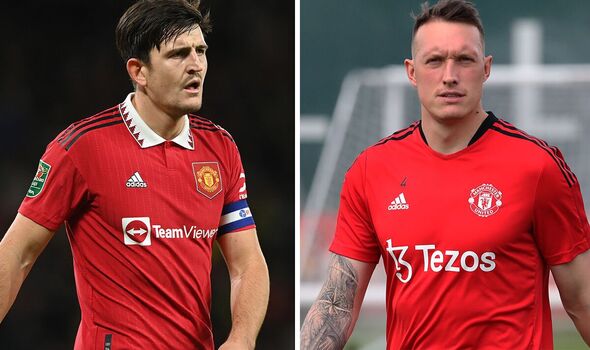 There is a humdinger of a match in prospect this afternoon at the Emirates with Arsenal and Manchester United – two teams who have forgotten how to lose – going at it. It will be a great game to watch for the 60,000 inside the stadium, those tuning in on TV and for Harry Maguire.

The chances of England’s centre-back being given a start by Eric ten Hag are somewhere well south of zero.

Just as Marcus Rashford has flowered in United colours since the World Cup, Maguire has been left languishing as a largely unused back-up act at Old Trafford.

Post-Qatar, the United captain has started just two matches for the club – once against Premier League strugglers Bournemouth; the other in the Carabao Cup against Charlton. He is not quite the next Phil Jones but if he doesn’t want to become it then it is time for Maguire to accept the reality of his existence under ten Hag and move on.

Despite a fine World Cup which restored his confidence and redoubled his determination to fight for his spot at United, he has run into a bald brick wall on his return. This was the period when his stock should have risen with United’s Dutch manager but it hasn’t. If anything it has fallen even further.

After Luke Shaw’s successful trial in the position, Maguire is probably fifth-choice centre-back at United now.

Some managers have a sweet spot for certain players, others do not. Just as Gareth Southgate has bent over backwards to include Maguire with England, ten Hag conversely has pushed him away.

If there was a possibility of a managerial change then Maguire might be in a better position but after the fine job he has done in fusing together a splintered squad this season ten  Hag is going nowhere fast. He has his favourites now and Maguire is not one of them.

The sight of the besnooded defender warming up in vain on the touchline for the call that never came after Lisandro Martinez went down at Crystal Palace in midweek, summed up his plaintive situation.

He faces some tough competition. In Martinez, Maguire has a World Cup winner in front of him on the left side of central defence; in Raphael Varane a finalist on the right. Both, in their contrasting ways, are fine players. It is not in Maguire’s make-up to throw his cards in but with Victor Lindelof in the way too the picture is a bleak one.

In six weeks’ time Maguire turns 30 so any decision he makes at this stage of his career is a big one.

His United contract expires in June 2025. He is well remunerated for his services and could just sit it out twiddling his thumbs as a squad man but that would not sit comfortably for a player who arrived in 2019 as the world’s most expensive defender.

Of all the many criticisms thrown at Maguire during his time at United no-one has ever questioned his integrity. That quality, and his leadership, is why Southgate has chosen him as the backbone to his England squad.

The problem for Maguire is that if he wants to keep playing for England he needs to play club football.

Southgate’s decision to stay on as the national side’s manager gives him some leeway but even he cannot go on picking Maguire long term if he is sighted as rarely as a snow leopard.

No, sooner or later there has to be a parting of the ways with his present employers.

The summer is the logical moment for that to happen but the January transfer window is open for another nine days. There are plenty of clubs who could benefit from signing him immediately, perhaps initially on loan.

If a side defends a certain way – not too far up the pitch – Maguire can be a top-class centre-back for them.

West Ham were linked with him last week while Leeds United and Aston Villa would be obvious other destinations. Maybe even his old club Leicester City.

He could even look to the continent like another United loanee, Eric Bailly, who is at Marseille in a search for meaningful football.

Whatever the destination, his time is up at Manchester United. Maguire has to read the room and cut his losses.