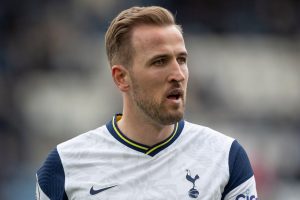 Harry Kane is reportedly still optimistic that a move to Manchester City will materialise before the end of the transfer window.

Kane was absent on Sunday afternoon as Tottenham Hotspur hosted Pep Guardiola’s side in their opening Premier League match of the season, where Son Heung-Min unexpectedly nicked the only goal of the game for Spurs.

The striker, 28, has been linked with a move to last season’s title winners but has been unable to force through a transfer up to now.

And the Telegraph now report Kane is still hopeful of signing for Man City despite current side Tottenham’s impressive performance and result on Sunday.

Kane expressed his desire to leave Spurs prior to England’s Euro 2020 campaign and returned late to train with the North London side following the tournament’s conclusion.

The England captain only joined his teammates for training on Friday, which is why he was said to have missed the game against Man City.

New Tottenham manager Nuno Espirito said regarding his absence on Sunday: “He is continuing his preparation.

“The delay [in returning], all these things, I think Harry needs to work, he worked today and he will keep on working until he is ready for the team.

Do you think Kane will leave Spurs this summer? Let us know in the comments section.

“Players who have had not too many sessions need more work with us, need to be fit. Different cases with [new signings] Bryan [Gil], because he came from the Olympic Games, and also [Cristian] Romero.

Talks between the two clubs over Kane have stalled with Spurs chairman Daniel Levy asking for £160million, while City are yet to improve on their initial £100million bid earlier in the summer.

Guardiola’s side clearly lacked the presence of a striker like Kane against Spurs where they were unable to score, which could lead them to launch another bid before the window closes.