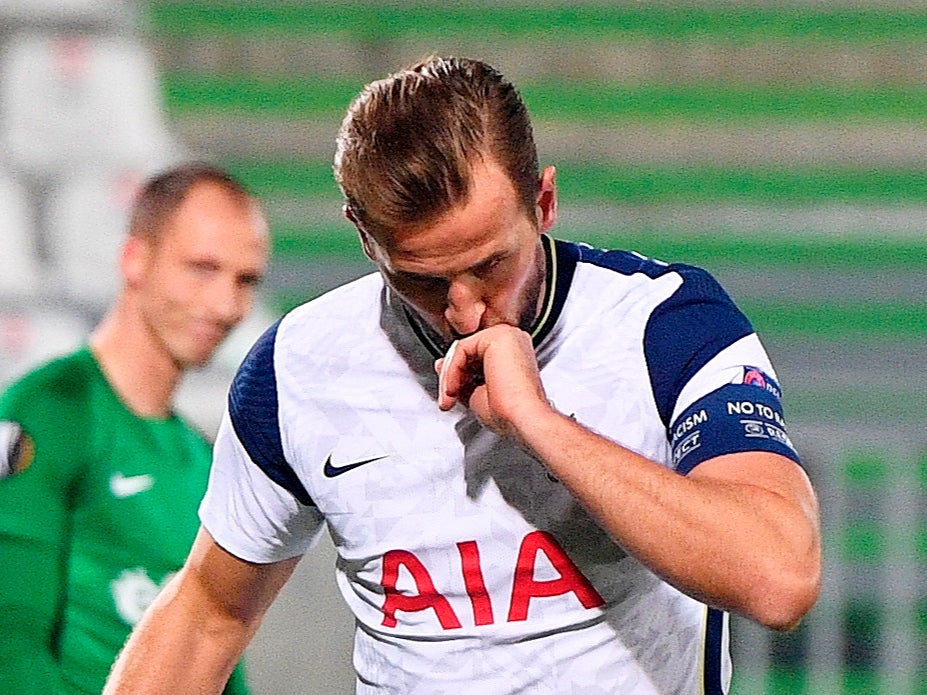 “(Beating records) is not on my mind, you guys will let me know when I get the next one, but it is hard to take in when you are playing. I think once you finish you take it all in.

“I’ve got to keep on going, keep winning as a team and we will be all right.”

Kane opened the scoring with his 13th goal of the season in Bulgaria and then sent his assists into double figures when he teed-up Lucas Moura to make it 2-1.

That earned him the second half off and after Claudiu Keseru threatened to make it another uncomfortable evening for Spurs following their defeat against Royal Antwerp last week, Giovani Lo Celso’s goal just after the hour made the game safe.

“I probably could have scored a couple more in that 45 minutes but that is the way it goes.

“It’s a great milestone to reach, but hopefully a few more to come. We had to bounce back, it was not our greatest performance but we got the job done. It is never easy coming away from home in Europe, as last week showed.”

Boss Jose Mourinho was scathing of his team following their defeat in Antwerp and vowed not to make such drastic changes to his side.

He made six in Bulgaria, against an albeit much weaker team.

Mourinho said: “Tottenham is a better team, with better players. We didn’t need to play very, very well to win the game.

“Ludogorets is not a weak team, we are better than them and we showed this. We have to try to do the same when we play them in London.

“We started the game with ambition, which was different to what we did in Antwerp. So good attitude to start. We tried to kill the game in the first half.

“It was not possible with 2-0 because 2-0 the result is still open, but it was a strong start and performance with two good goals and hitting the post.

“We completely dominated and I don’t remember one single situation for them of danger. That made a difference because in Antwerp we gave an advantage to the opponent and then when they were good they were winning.

“They closed everything the way they could and we couldn’t react.”