Haris Seferovic scored a hat-trick as Switzerland recovered from conceding two early goals to beat World Cup semi-finalists Belgium 5-2 on Sunday and qualify for the last four of the UEFA Nations League in remarkable fashion.

Belgium, who suffered only their second competitive defeat since Euro 2016, threatened to overwhelm Switzerland when Thorgan Hazard scored twice in the first 17 minutes, the first from an awful mistake by Nico Elvedi in the second minute.

But the Swiss hit back to lead 3-2 at halftime with a penalty from Ricardo Rodriguez and a brace from Seferovic before Elvedi atoned for his mistake by heading them further in front in the 62nd minute and then Seferovic added a fifth. 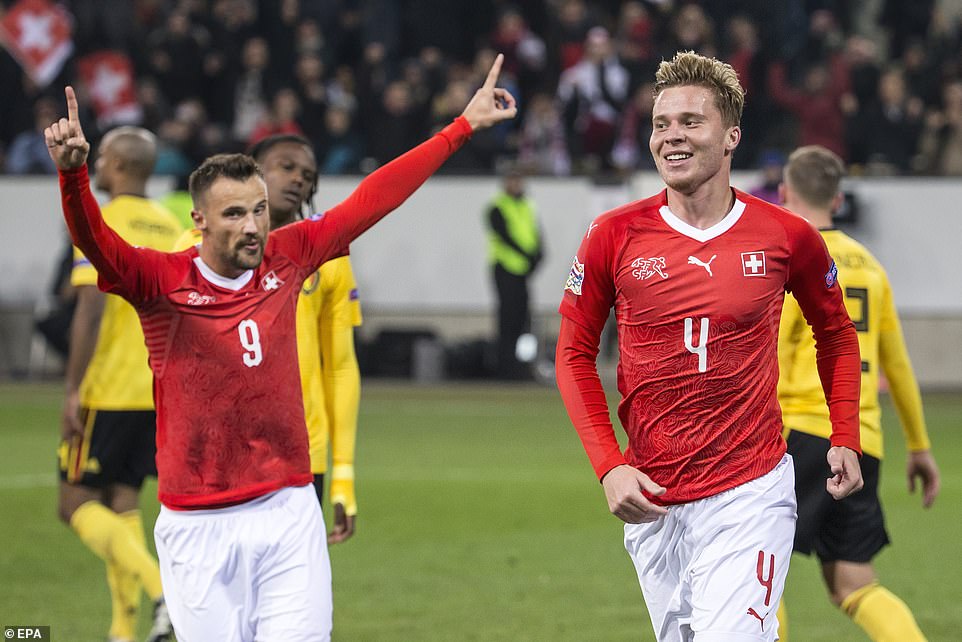 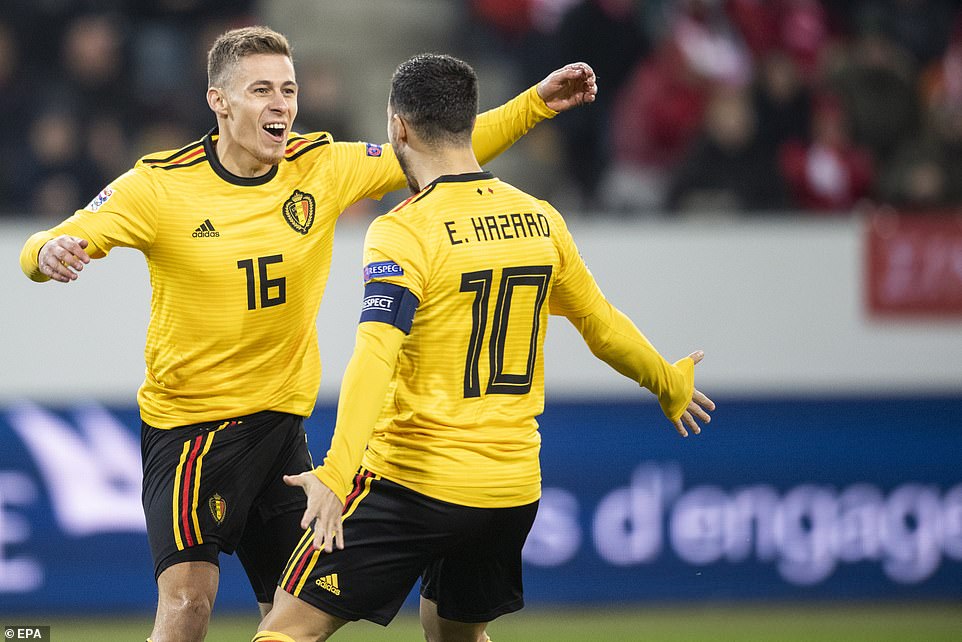 The two sides finished level at the top of Group Two in League A – the top tier – with nine points and the Swiss qualified on having the better head-to-head record after Belgium’s 2-1 win in Brussels.

Needing to win 1-0, 2-1 or otherwise by a two-goal margin, the Swiss — beaten 1-0 at home by Qatar in a friendly on Wednesday — made a terrible start to coach Vladimir Petkovic’s 50th match in charge.

A harmless Belgian pass into the area landed at the feet of Elvedi who carelessly deflected it into the path of Hazard and he dinked the ball over Yann Sommer. 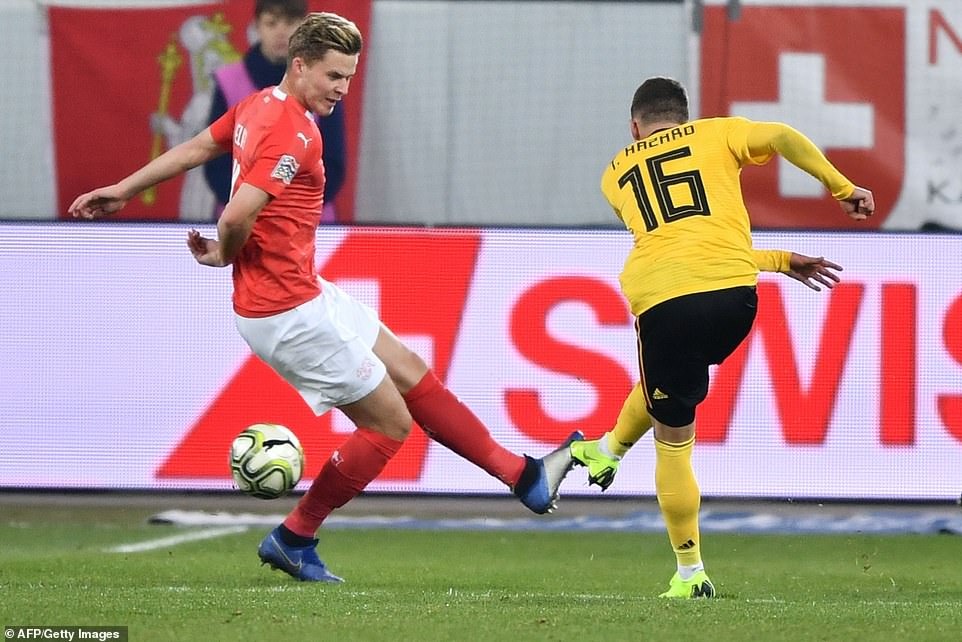 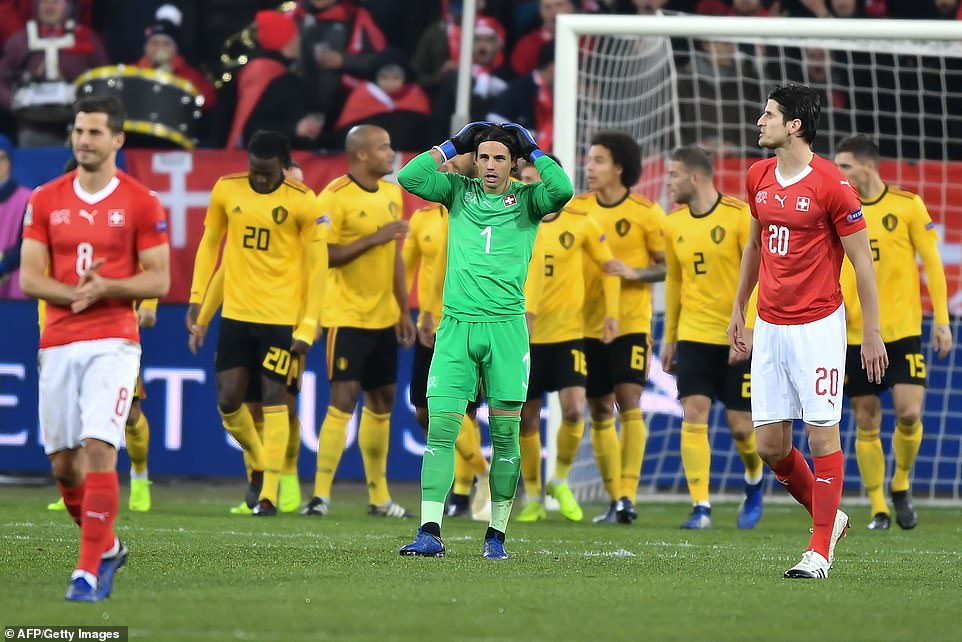 Hazard, playing alongside his older brother Eden, collected a pass in midfield, advanced as Elvedi and Rodriguez backed off and fired a low shot past Sommer from the edge of the area.

The contest appeared to be over but Switzerland were handed a lifeline in the 26th minute when Kevin Mbabu went down in a congested goal-line scramble and Rodriguez converted from the spot.

That completely changed the complexion of the game and five minutes later, Rodriguez lofted a high ball into the area towards Xherdan Shaqiri who cushioned a header into the path of Seferovic to score from close range. 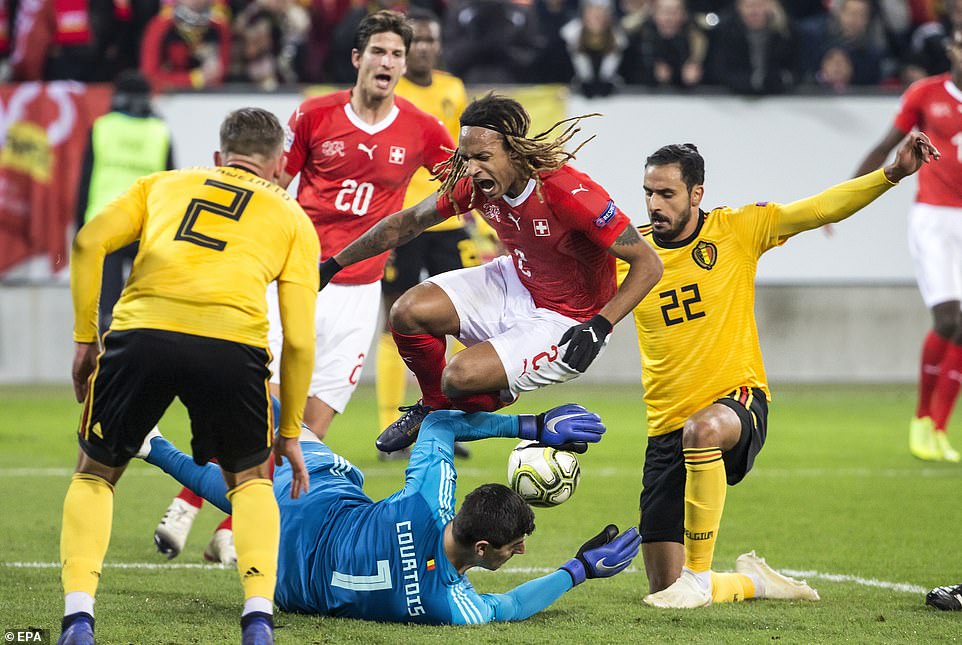 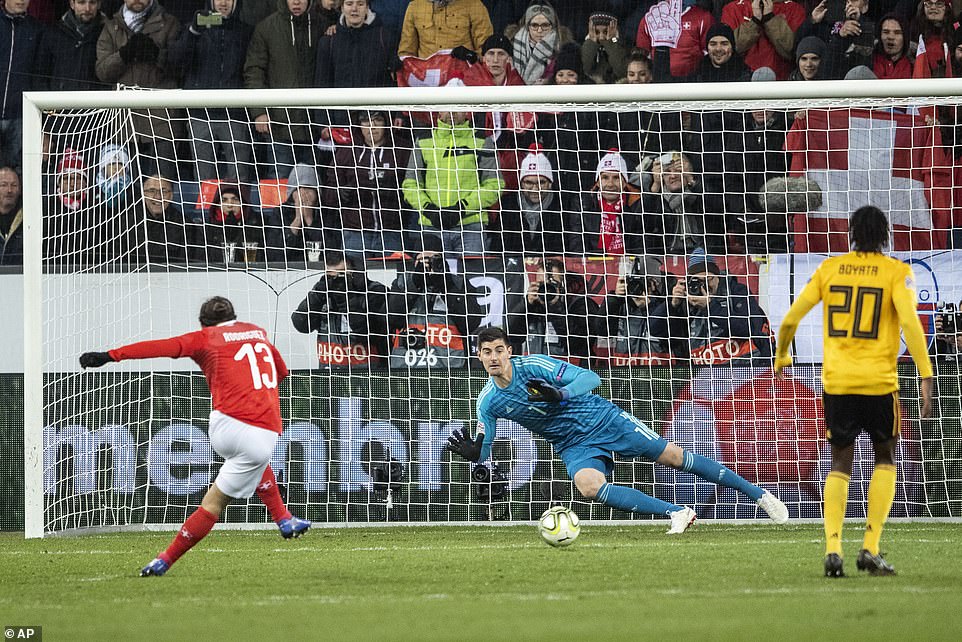 After the foul in the box, AC Milan left-back fires home the penalty to give Switzerland hope of a turnaround in Lucerne 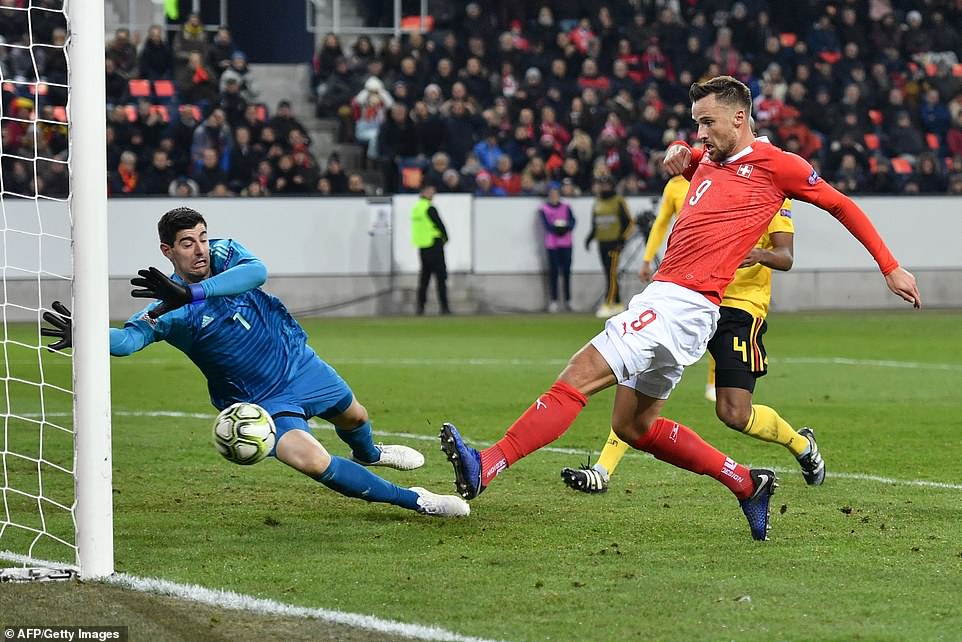 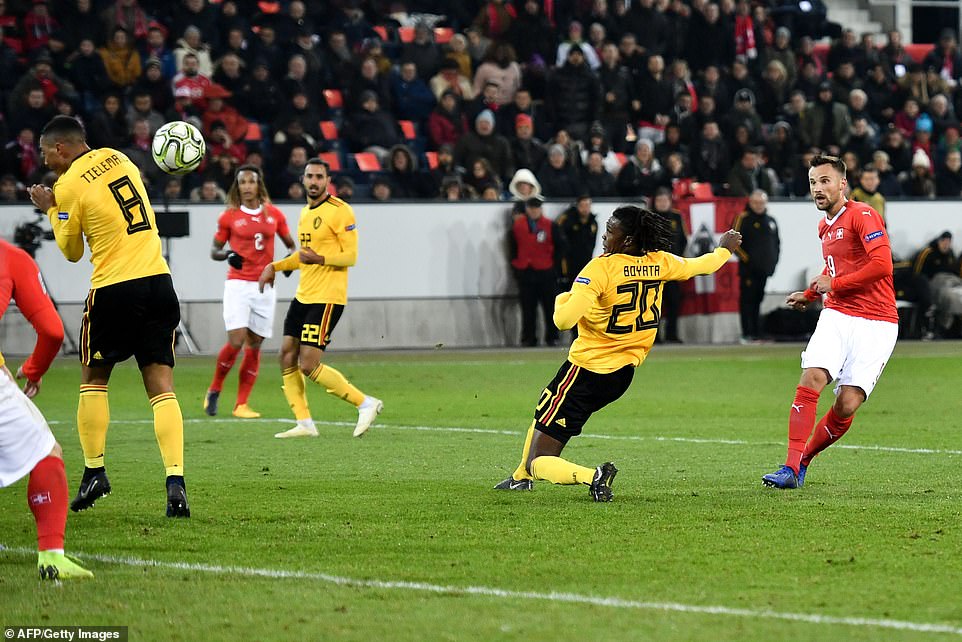 On the stroke of half-time, Seferovic guides a stunning strike home to hand the hosts a remarkable lead

Incredibly, Swiss went ahead one minute before the break with a goal that started with a Belgian corner.

The Swiss cleared the ball, broke and found Edimilson Fernandes on the right where he pulled the ball back into the area for Seferovic to sweep the ball past Belgium goalkeeper Thibaut Courtois.

The hosts still needed a another goal and it arrived in the 62nd minute as Shaqiri, who had an outstanding match, curled a low cross into the area and Elvedi made amends for his earlier howler with a glancing header.

An unmarked Seferovic sealed the win by heading in Mbabu’s cross with six minutes left. 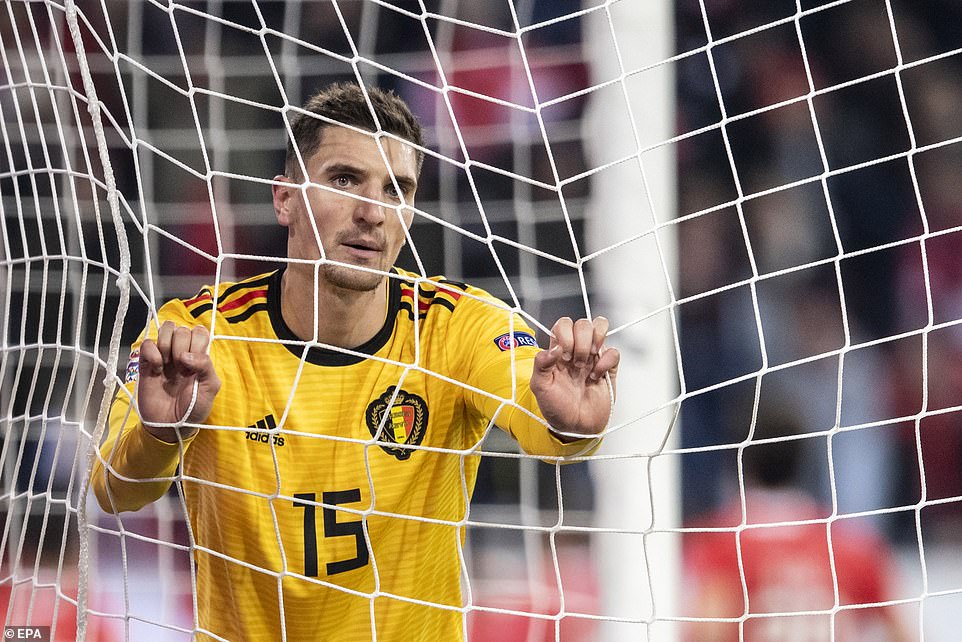 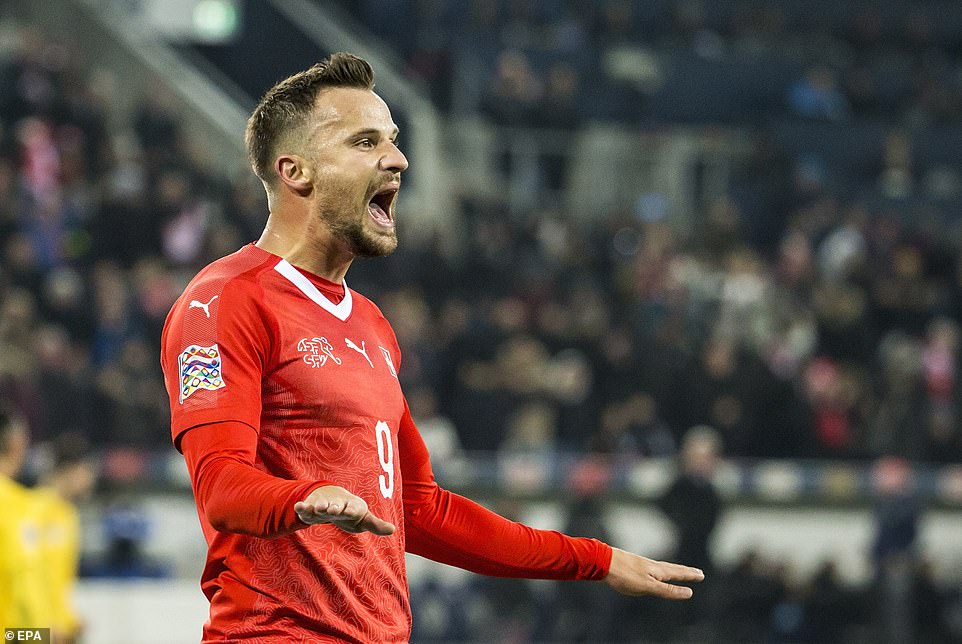 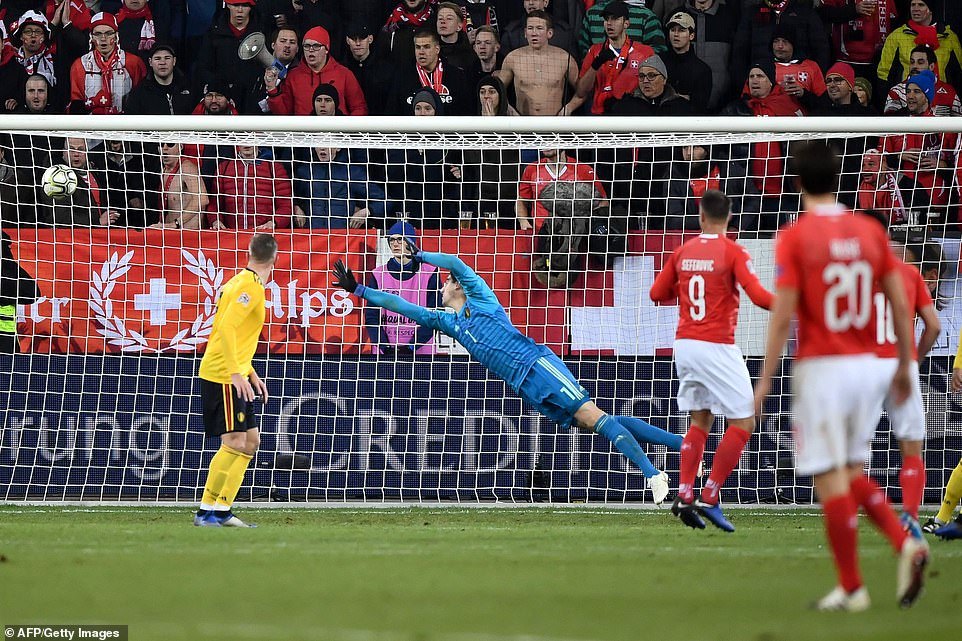 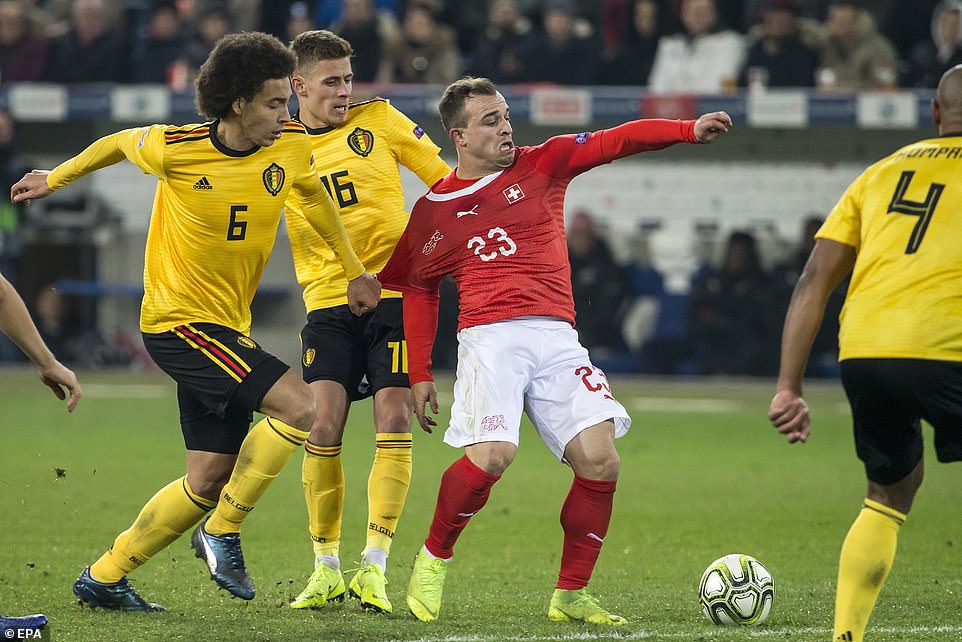 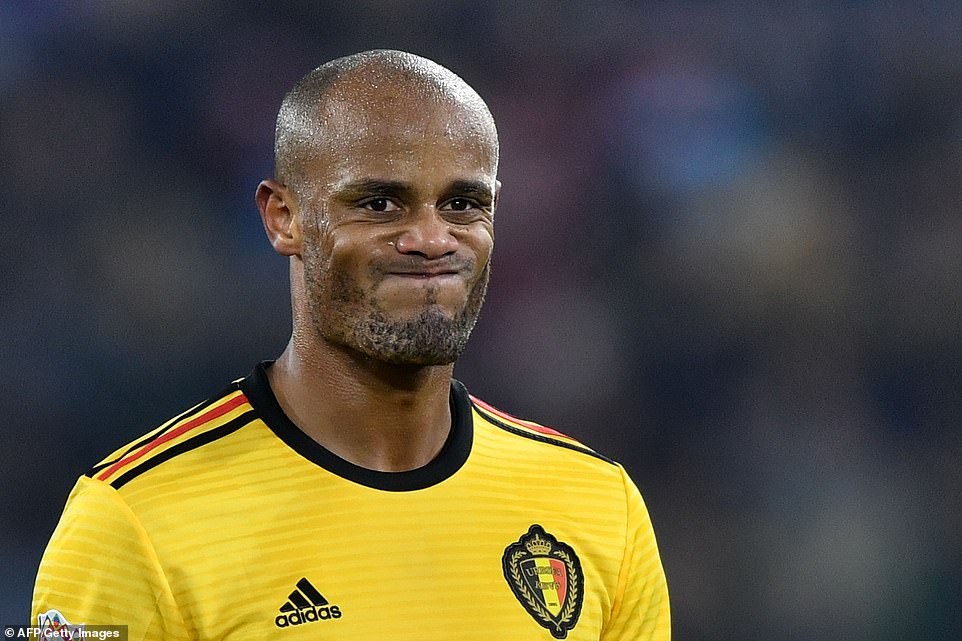