Gini Wijnaldum is reportedly interested in signing for Paris Saint-Germain, who are trying to hijack the Liverpool midfielder’s long-mooted move to Barcelona. Wijnaldum is out of contract with Liverpool at the end of June and facing plenty of competition for his signature as the clock ticks down.

The Dutch midfielder has been running down his contract with Liverpool for some time and has been strongly linked with a move to Barca when he becomes a free agent.

Wijnaldum has been a key player for Jurgen Klopp since he joined Liverpool from Newcastle back in July 2016 for £25million.

He has helped win the Premier League and Champions League for the Reds and made 51 appearances across the 2020/21 season as a vital cog in Klopp’s midfield.

The 30-year-old has been a target for Barcelona for some time, with manager Ronald Koeman personally leading the pursuit of a player he worked with while Netherlands boss.

The Sunday Times even reported in March that he had signed a pre-contract agreement with Barca to become part of president Joan Laporta’s rebuild. 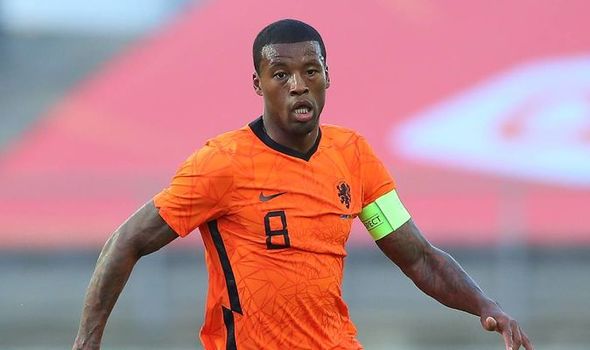 It appears that eventuality could be in doubt now, however, with ESPN reporting that PSG have emerged as a strong contender to sign Wijnaldum.

Barca acknowledge that there is ‘huge’ competition for Wijnaldum, who ‘at this moment is leaning towards a move to Paris.’

Bayern Munich have also expressed an interest in Wijnaldum who has now joined up with the Netherlands ahead of the start of Euro 2020 next week.

Chelsea can save £70m with Declan Rice transfer alternative 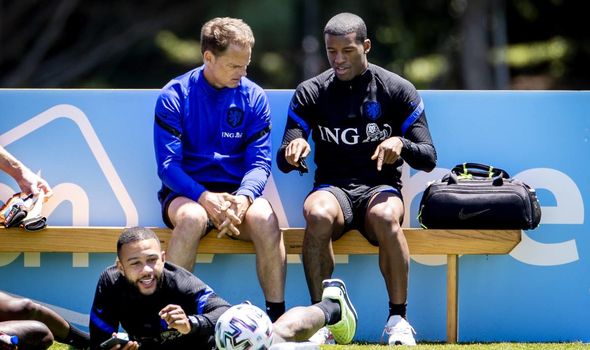 ESPN says that Barca remain in talks with Depay, but that deal is not guaranteed either because Juventus and Inter Milan have also held discussions with his agents.

Whatever happens, Barcelona are set for a busy summer after finishing third in La Liga behind Atletico Madrid and Real Madrid.

Koeman’s future as manager has only just been confirmed by Laporta after rumours of disagreements behind the scenes in Catalonia.

Aguero and Garcia have already been confirmed as the first signings of the summer on free transfers after their Man City deals expire on June 30.

The next priority is to agree a contract with Lionel Messi, who is set to be out of contract at the end of the month.