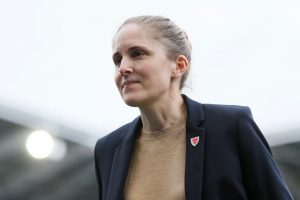 Gemma Grainger believes her experience of coaching at seven major tournaments with multiple England sides can help her Wales team qualify for their first-ever Women’s World Cup or European Championships.

The 38-year-old worked across the England development teams for 11 years as head coach of teams from WU15 through to the WU23.

As part of the Lionesses’ coaching team at Euro 2017, she helped guide England’s senior side to the semi-finals where they lost to eventual champions the Netherlands.

Grainger told the Women’s Football Show: “It will help me hugely, I’ve been to seven major tournaments so that qualification process at an international level, I am very familiar about how to do that and be successful at that.

“I know what it takes to be successful to qualify, but not only to qualify but also to get to the semi-finals. So I want to bring all my experience to this team to help them be successful.” With two friendlies, a 3-0 defeat to Canada and a 1-1 draw with Denmark, constituting a mixed start in her new role as Wales boss, Grainger wants to push on.

Wales recently missed out on a spot at Euro 2022 with Northern Ireland and Norway qualifying from Group C ahead of them. 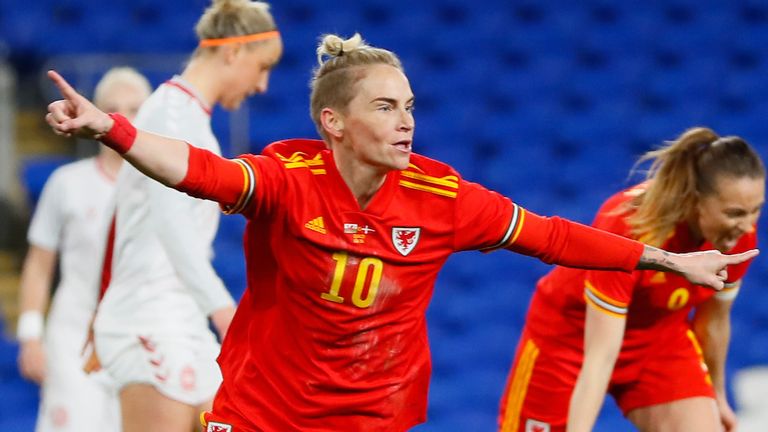 The qualifying draw for the 2023 Women’s World Cup takes place on April 30 and reaching the tournament in two years’ time is Grainger’s side’s next challenge.

“Going one further, for us we want to qualify but my belief and from what I see in this team, we should be looking to compete in tournaments,” she added.

Grainger’s ambitions are not just limited to achieving a maiden major tournament appearance, they also extend to inspiring a new generation of Welsh players through tournament success.

She explained: “I kind of fell into coaching, I was playing and my coach at the time asked me if I wanted to go and do some coaching in a primary school and that’s where it started really.

“To this day I love coaching senior international players but if you ask me to go and coach a five-year-old in a primary school I would be as happy doing that. I love working with people to help fulfil their potential.

“I love the game I talk about it all the time, anyone who knows me would know that I’m obsessed with it.

“A key part of my job is yeah, we want to qualify, but when we qualify we know what that will do for the next generation of players in Wales and how we can inspire people.”

You can see the full interview with Gemma Grainger on The Women’s Football Show this Sunday at 9am on Sky Sports Football.